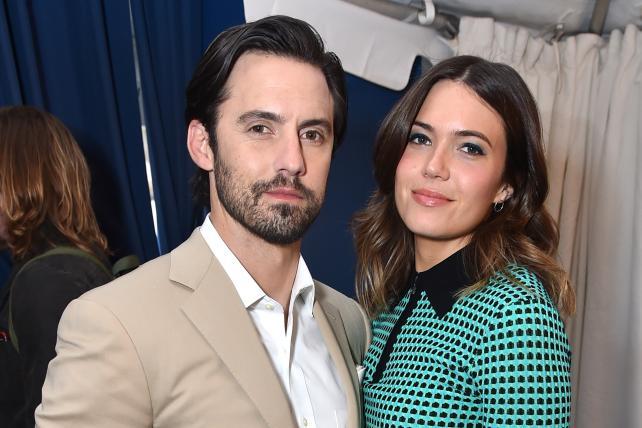 Milo Ventimiglia and Mandy Moore, stars of 'This is Us,' at NBC upfront presentation to advertisers last May.
Credit: NBC Universal

There will be fewer commercials sitting in between you and "This Is Us" on NBC next season.

Comcast's NBC Universal division is planning to cut the number of ads running across its networks during original primetime programming by 20 percent and promises to decrease ad time by 10 percent starting this fall.

At the same time, NBC Universal is introducing several new ad formats designed to make the commercials more contextually relevant to the content where they run.

The moves come as the TV industry looks to reduce the amount of commercial clutter on linear TV amid the rise of platforms such as Netflix where there are no ads to be seen.

Time Warner's Turner has been working to reduce commercial loads on its networks like TNT and TruTV; Hallmark Channel, part of Crown Media, said last spring it would reduce commercials in original primetime shows by more than half. And Viacom, owner of networks such as MTV and Nickelodeon, has said it is right-sizing its bloated commercial time.

And there are plenty of questions surrounding the economics. In order to maintain ad revenue while decreasing ad loads, networks have to raise prices on the inventory. But marketers are far from convinced that they should necessarily pay more to be in a program with less commercial clutter.

As a result, not everyone is finding it easy to maintain ad revenue while working to improve the consumer experience on TV. Viacom CEO Bob Bakish blamed the company's 2 percent decline in ad revenue during its third-quarter last year on the company's decision to reduce inflated ad loads on its networks.

Still, there have been some purported success stories. Fox Networks Group said it booked 30 percent more ad revenue for its Teen Choice Awards in August even after reducing its national ad load by 20 percent.

NBCU will make its reductions in more than 50 primetime original shows on its networks, which aside from its flagship broadcast channel include USA, Bravo and E!.

It's also introducing a "prime pod," which it says will use artificial intelligence to comb through shows' scripts to match advertising to the content of the show. The resulting 60-second pod will run in either the first or last ad break of the show and be available to no more than two advertisers.

"The live linear experience is challenged and the viewer has grown to expect less ads, but more importantly, more relevant ads," says Linda Yaccarino, chairman of advertising and client partnerships at NBCU.

"In TV now what's largely done is we don't program our pods the way we program our networks," Yaccarino says. "This is a wholesale effort to stop doing that and start programming our pods in a way that marry advertisers creative with our originals."

Other new ad formats include social commercials, where a brand can sponsor or be integrated into a pod that includes real-time fan commentary from social media about the show then airing. And there's a souped-up picture-in-picture element on offer.

This isn't the first time NBCU has cut ad loads in its programming. In 2016, the company said it would reduce commercials in "Saturday Night Live" by 30 percent.

TV networks have also been experimenting with ad formats beyond the traditional 30-second spots. The six-second spot was all the rage last year, with Fox adopting the format, originated by YouTube, in awards shows and sporting events. AMC also used six-second ads in its biggest show, "The Walking Dead," while Toyota ran six-second ads during the Winter Olympics in PyeongChang on NBCU.