The U.S. 'may be near saturation' for streaming video services | Ad Age
Skip to main content

The U.S. 'may be near saturation' for streaming video services 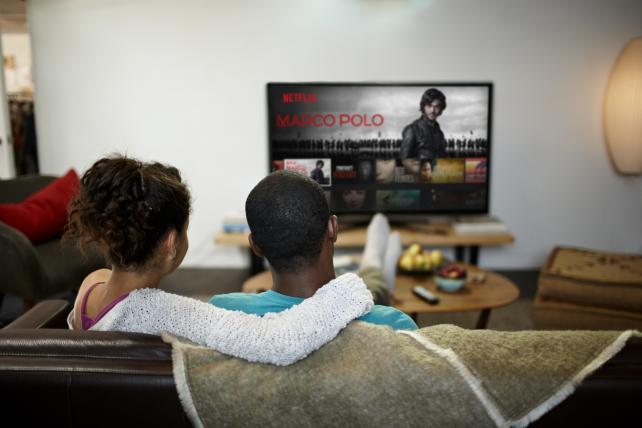 To keep his family of four entertained, Ben Emery pays about $180 a month for Spectrum TV and internet service, Netflix, Amazon Prime and Hulu. He gets Amazon mostly for free shipping and Hulu in part because his 5-year-old daughter likes "Teen Titans Go."

"Netflix and Hulu got in early, so that's where I'm willing to invest my money," says Emery, 41, a bank risk officer who lives in Kernersville, North Carolina. "I don't have unlimited funds."

Consumers like Emery represent an inconvenient truth for the burgeoning online video industry. Just 16 percent of U.S. broadband homes subscribe to three or more video services, according to researcher Parks Associates. And nearly two-thirds of TV homes already get at least one of the big three: Netflix, Amazon Prime or Hulu, according to Nielsen.

That's the dilemma for the growing ranks of providers, now pegged by Parks Associates at around 200 in the U.S. alone. Just last week, AT&T said it will introduce a service with HBO and other fare from its recent Time Warner purchase, while Hollywood mogul Jeffrey Katzenberg revealed details of his upcoming offer for high-end, short-form video. They'll debut late next year—about when Walt Disney Co.'s new online channel launches.

"You definitely could argue there are too many," says Laura Martin, an analyst at Needham & Co.

Media executives say they're confident the digital frontier is big enough for more paid video services. They're gambling that a rising number of cable TV cord-cutters will enlarge the pool of customers. But they also recognize there are limits to consumer spending.

John Stankey, head of AT&T Inc.'s WarnerMedia, said last week he thought the market could sustain between two to 10 online video services. The phone giant put him in charge of Warner Bros., HBO and Turner Broadcasting after completing its $85 billion takeover of Time Warner Inc.

"What I do know is that we better be at that table," he said at Vanity Fair's New Establishment Summit in Beverly Hills, California.

Netflix and Amazon already have a substantial lead, with more 130 million and 100 million subscribers worldwide, respectively. Netflix already claims almost half of U.S. households as customers. Only a small number of other paid streaming services, like HBO Now, have gained more than 5 million subscribers.

As more online services enter the fray, some are seeing growth slow. Dish Network's Sling TV—the most popular of the cable-TV replacements called "skinny bundles"—added just 41,000 subscribers last quarter, down from about 120,000 a year ago.

While Netflix added more subscribers than expected last quarter, most of its growth is coming from overseas. Some paid channels, like the Warner Bros. service for Korean dramas, DramaFever, and NBC's comedy-focused Seeso, have shut down.

"Someday, there will have to be competition for wallet share," Netflix CEO Reed Hastings said Tuesday on an earnings call. "We're not naïve about that. But it seems very far off from everything we've seen."

The U.S. market, however, "may be near saturation" in terms of new homes that are willing to pay for streaming, according to Tony Maroulis, research manager at Ampere Analysis. That means growth will hinge on consumers willing to pay for multiple services, he said.

Companies such as Google's YouTube, Amazon or AT&T may be more willing to lower prices and accept financial losses if video helps grow their other businesses, like online advertising, e-commerce or wireless, says Gregory Williams, an analyst at Cowen & Co.

Others may need to spend lavishly on content to pull subscribers from Netflix, which has an annual programming budget of about $8 billion. Disney, for example, is laying out $71 billion for most of the entertainment assets of 21st Century Fox as part of a strategy to develop its own online services and pull content from Netflix.

Disney's lineup of "Star Wars" and Marvel properties could lure fans from Netflix after deals to provide the streaming company with those movies expires. AT&T could choose not to re-license reruns of "Friends" to Netflix when their deal lapses. The Warner Bros. sitcom remains popular in syndication.

"If it's a zero-sum game, Netflix has the most to lose," Martin says, because it has the most subscribers. "And if the pie grows, they have the least to gain."