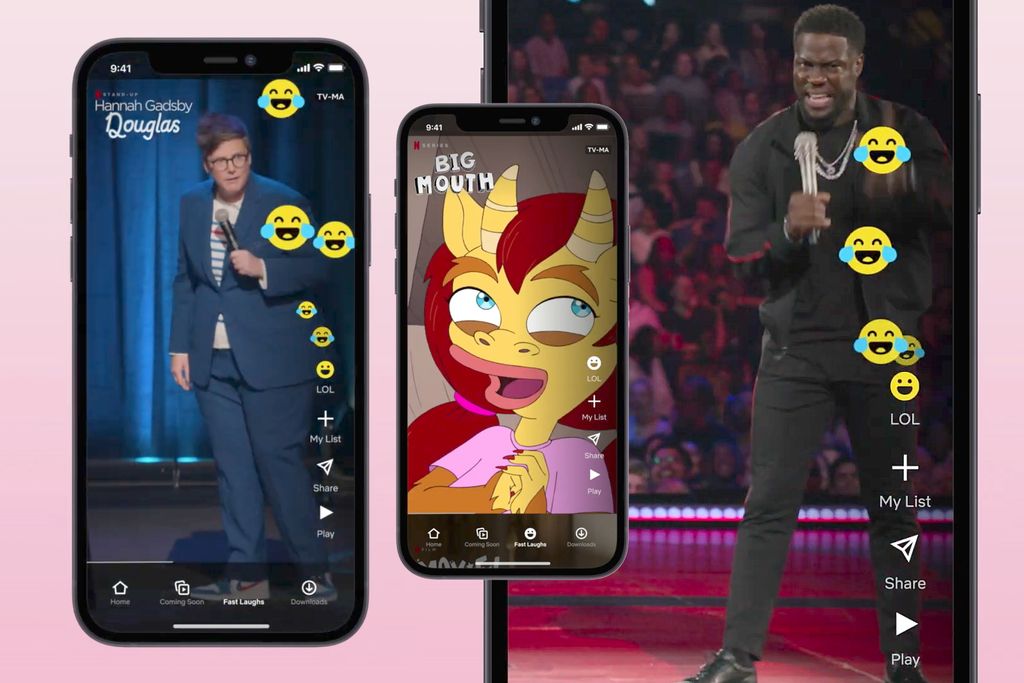 Netflix is pushing deeper into short video clips that viewers watch on their phones, putting the streaming giant in closer competition with the likes of TikTok.

The company is rolling out a feature called Fast Laughs that provides a feed of comedic clips from Netflix’s catalog of films, shows and stand-up specials. When one clip ends, another begins automatically—just like TikTok—and users can flip through them quickly. After testing the feature for months, Netflix is now rolling it out more broadly. It’s available on iPhone devices in select countries, including the U.S., U.K. and Canada.

The move marks a deeper foray into social media for the world’s largest paid streaming service. Netflix lets Fast Laughs users share clips on other platforms, including WhatsApp, Instagram, Snapchat and Twitter. And they can add content from the feature directly to their Netflix watch lists.

The company also aims to resolve a common problem with customers: paralysis over which of its hundreds of shows to watch. Short clips that cycle through don’t require them to make a decision—or much of a commitment.

“We’re always looking for new ways to entertain and make discovery easier for members,” Patrick Flemming, director of product innovation at Netflix, said in a statement.

Netflix is looking to expand Fast Laughs to Android phones in the coming months. It’s currently only available for adult customers, since not all the clips are appropriate for children.

The company is aiming for a “minimalist” user interface with the feature, “from the transparent tab bar to ways to react in the moment (‘LOL’),” said product designer Kim Ho.

But it’s not a direct attempt to take on a service like TikTok. Netflix considers Fast Laughs an extension of its product, rather than a new service with new content.

The announcement follows a record-setting year for Netflix, with pandemic lockdowns helping push subscribers past 200 million. It’s also benefited from hits such as “The Queen’s Gambit” and “Bridgerton.”