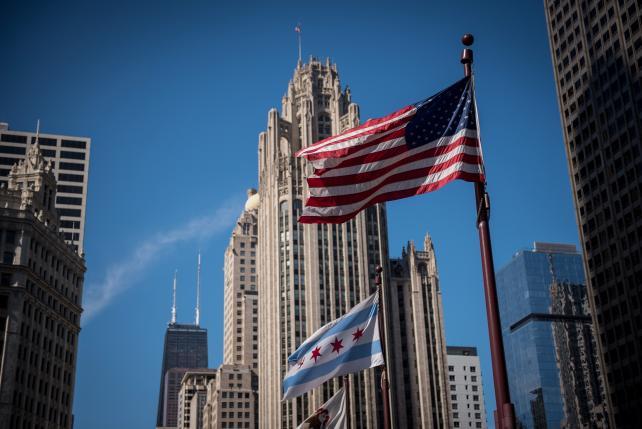 "I am calling for delay," Christopher Ruddy, CEO of Newsmax, a conservative outlet with a 24-hour cable news channel, said in an interview. "I think it needs more vetting."

Ruddy, a friend of President Donald Trump, adds a conservative voice to liberal critics of the deal who are wary of Sinclair building a network of local stations featuring the company's pro-Trump commentary.

Newsmax said in a filing that "it simply makes no sense" for the FCC to take comments on the deal when the agency may soon alter media ownership rules.

The deal as proposed would exceed FCC ownership limits in 11 markets, according to Sinclair's filing seeking deal approval at the agency.

"This is raising so many serious concerns about the concentration of media power," Ruddy said.

The FCC called for comments by Aug. 22. In its filing, Newsmax said it supported a request for more time from Dish Network, the American Cable Association trade group and the Public Knowledge policy group.

Conservative programming
The deal would bring Sinclair stations in 42 cities, including New York and Chicago. The combined company would have 233 stations and affiliation with all four major networks. Without divestitures, the combined company would also have an audience reach that is about 6.5 percent above the limit of 39 percent of the national audience, according to the company's June application for approval.

Sinclair, based in Hunt Valley, Md., is known for the conservative bent of some of its programming.

In the application, Sinclair said it could divest stations to comply with limits, and it also said it may amend its application if there are changes in the national TV station ownership limit. In April, FCC Chairman Ajit Pai said the agency would reassess the national cap "later this year."