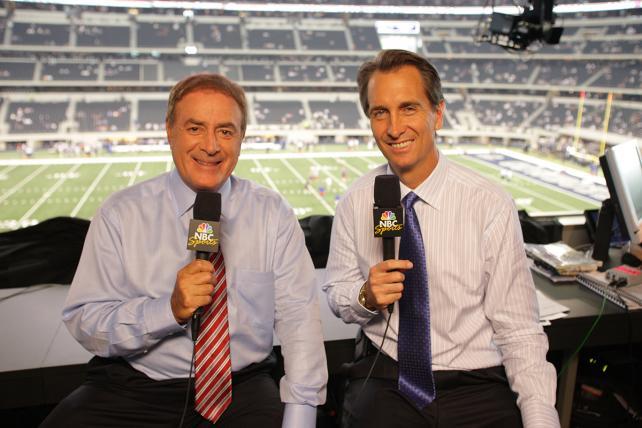 Presidential tweetstorms about anthem protests aside, the 2017 National Football League season isn't quite the disaster that some would have you believe.

Beefed-up unit pricing and a stable ratings picture last month put the lie to the notion that the NFL is being fatally compromised by politics and viewer disinterest, as in-game ad sales at the league's five TV partners improved versus the year-ago period. According to Standard Media Index estimates, NFL inventory in October added up to $757 million, a gain of 3 percent compared to the $738 million the networks booked over the same five-week period in the 2016 season.

Per SMI data, which is aggregated directly from the billing systems of a group of media agencies that accounts for 75 percent of all U.S. ad spending, the average unit cost for an ad that ran last month in NFL broadcasts was $482,000 for a 30-second unit. That marks a 7 percent hike compared to the $449,000 average unit cost commanded by the networks in October 2016.

Ratings for all national TV windows were stable last month, with all televised games in national and regional packages averaging 14.3 million viewers and an 8.4 household rating, both of which were down just 2 percent versus the year-ago 14.6 million viewers and 8.6 rating. According to Nielsen, the only window that took a hit in October (a period which coincided with Week 4-8 of the NFL season) was the late Sunday national game shared by CBS and Fox. With an average draw of 20.4 million viewers and an 11.7 rating, the Sunday 4:20 p.m. ET showcase was off 12 percent.

As befits its status as the host of the most-watched, highest-rated national package, Fox in October boasted the highest average in-game unit cost. Per SMI, the going rate for all Fox Sunday games last month was $649,000 a pop, up 27 percent compared to the year-ago rate ($512,000 per 30-second spot). Fox's two "America's Game of the Week" broadcasts averaged 23 million viewers and a 13.2 household rating.

Audience deficiency units, or makegoods, also were steady last month. According to SMI, 18 percent of all NFL in-game inventory was earmarked for ADUs, unchanged when compared to the spots salted away for makegoods in October 2016.

Season-to-date, the overall NFL audience is down 7 percent year-over-year, with an average draw of 14.7 million viewers in all windows. Household ratings currently are down 5 percent.