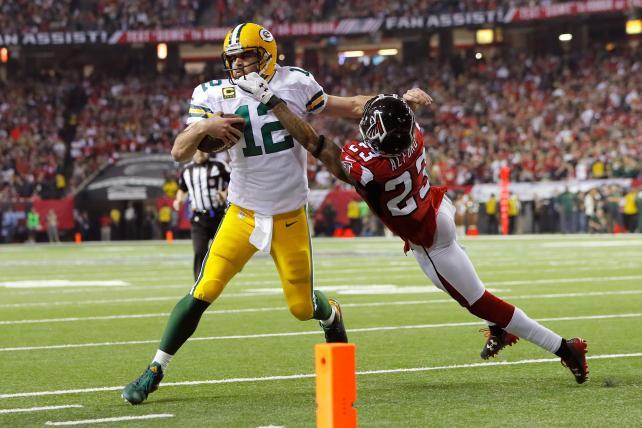 The National Football League distributed a record $7.8 billion to its 32 teams in 2016, a jump of almost 10% that reflects the league's increasingly rich TV deals, according to a financial disclosure by the Green Bay Packers.

That's another way of saying that the TV networks need ad revenue for their NFL properties to leap just as high -- something with which they've had a bit of a struggle so far in this year's upfront talks.

Each NFL team receives an equal share of the league's "national revenue" -- primarily money from television deals, but also league-wide sponsorships, licensing and merchandise sales. The Packers, the only publicly owned franchise in major U.S. sports, reported Wednesday that they got $244 million, up from $222.6 million last year.

Green Bay's annual financial release has become the only regular glimpse into the business of the NFL since the league dropped its tax-exempt status in 2015 and no longer has to release financial information like Commissioner Roger Goodell's annual salary.

The teams' bigger payout is mostly a reflection of a new Thursday night TV deal with NBC and CBS, which agreed to pay $450 million, up from $300 million the previous cycle. As for the players, they can't renegotiate their share of league revenue until 2020.

"We're very fortunate that we've seen the kind of growth that we have, and I feel very confident that we'll continue to see it, at least through the rest of this collective bargaining agreement," Packers President Mark Murphy said on a conference call with reporters.

That growth will depend largely on the NFL's ability to navigate a media marketplace that is rapidly evolving, as younger generations abandon traditional cable packages and streaming becomes more important.

Green Bay's local revenue, which the team generates and keeps for itself, was a franchise-record $197.4 million, bringing the team's total to $441.4 million. The Packers' operating profit, which fluctuates due to stadium renovation expenses and the cyclical nature of player salaries, was $65.4 million.

The Packers' numbers also reflect the recent string of franchise relocations -- three in the past 18 months. The Rams and Chargers agreed to pay a reported $650 million to the other 30 franchises when they moved to Los Angeles. The Raiders will pay $350 million to move to Las Vegas. Those payments, to be made over a 10-year period starting December 31, 2019, have a present value of about $27 million per team, according to the Packers.

Green Bay Packers Inc. has been a publicly owned nonprofit since 1932. The team issues shares that don't appreciate in value, pay no dividends and can't be resold. Its 2012 stock sale raised $64 million.