Round one draws 15.6 million viewers across ABC, ESPN and NFL Network
READ THIS NEXT
Snapchat boasts 125 million Spotlight viewers and deals with Gucci and Northface 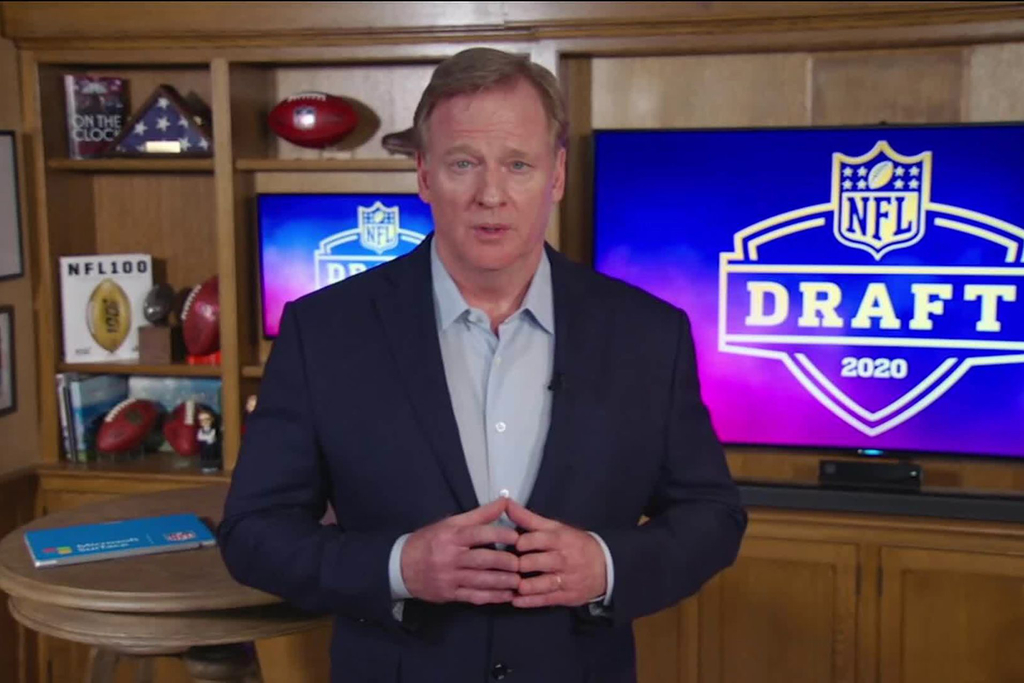 The first night of the National Football League draft, held digitally from living rooms and offices across the country, was the league’s most-watched opening round ever.

An average of 15.6 million people watched Thursday night on ABC, ESPN and NFL Network channels, according to the league. That’s up 37 percent from last year, and a 26 percent jump from the previous record for an opening round set in 2014.

The NFL draft usually goes up against Major League Baseball, National Hockey League and National Basketball Association games, forcing it to work a bit harder to grab viewers. But because of the coronavirus-spurred shutdown, it was the only major sports telecast of the night this year. There appears to be pent-up demand for new sports content of any sort —the first two episodes of ESPN’s Michael Jordan documentary drew record numbers for the network earlier this week.

Thursday’s telecast featured more than a hundred coaches, executives and prospects, all sitting in their own homes or offices. Despite the scope of the event, it went off without any major technological glitches, and the telecast drew praise for giving fans a different glimpse into the lives of people around the league.

The event also drew increased attention from sponsors. Walt Disney Co., which owns ESPN and ABC, said more than 100 companies signed up to be a part of the broadcast, including 60 that were advertising on their first NFL draft. Overall ad spending was up by a double-digit percentage versus last year, the company said. The draft continues Friday and Saturday.