Oscars Boycott Not Likely to Shake Up ABC's Bottom Line

Sponsors Staying Put
READ THIS NEXT
Warner Bros.’ 2021 films to hit both HBO Max and theaters in move that rocks film and streaming industries 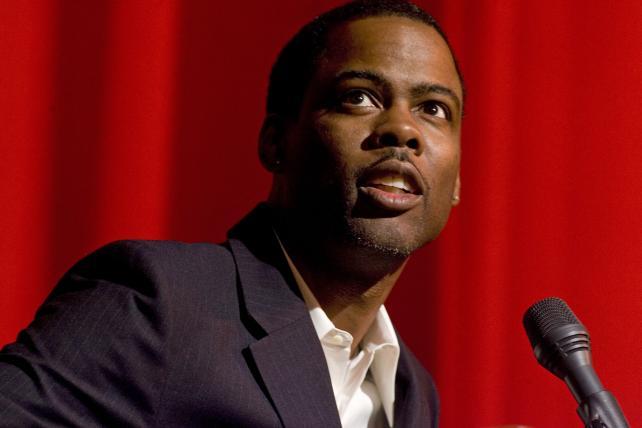 The debate should provide ample fodder for Oscars host Chris Rock, but it isn't likely to alter advertisers' plans this year, or next.
Credit: Ramin Talaie/Bloomberg News

A movement to persuade viewers to boycott this year's Oscars broadcast may be gaining steam, and while a mass tune-out could take a bite out of ABC's ratings, it's far less likely to have an impact on the network's advertising business.

Over the last several days, prominent African-American celebrities and activists have announced their intention to tune out the 88th Academy Awards ceremony, which is set to air on Sunday, Feb. 28. Citing a lack of lack of diversity in the ranks of the 20 nominees for best performance, boldface names like Spike Lee, Jada Pinkett Smith and the Rev. Al Sharpton have urged others to sit out the Oscars as a show of solidarity -- and a means of phoning in a wakeup call to the broadcast's sponsors.

"Telling people to tune out … will send a message to advertisers," Mr. Sharpton said Tuesday in a brief videotaped statement. "If we cannot change the hearts of Hollywood, we can at least change the bottom line."

While not specifically calling for a boycott of the Oscars' pool of some 30 sponsors, Mr. Sharpton is banking on the idea that an erosion of ratings will lead to a reduction in ad sales rates in the 2017 broadcast. The only trouble with that line of thinking -- other than the fact that it scapegoats ABC, which has no sway over how the members of the Academy of Motion Picture Arts and Sciences cast their votes -- is that TV's pricing dynamics are much more fluid than many would seem to believe, and are not wholly dependent upon ratings deliveries.

Case in point: Ratings for last year's Oscars, which drew 37.3 million viewers and a 20.6 household rating, were down 17% versus the 2014 broadcast and marked the lowest deliveries since 2009. The average unit cost of a 30-second sliver of airtime was $1.9 million. And yet despite the significant year-over-year ratings drop, advertisers paid more for inventory in this year's show. According to media buyers, ABC closed out its deals for the 2016 Oscars at record rates -- $2.15 million per :30.

That the cost of entry generally increases every year is a function of demand for a slot in what's one of TV's last remaining big-reach vehicles. Despite losing nearly one-fifth of its year-ago GRPs, the 2015 Academy Awards broadcast was still the year's seventh highest-rated program behind five NFL playoff games and Super Bowl XLIX.

It's worth noting that African American actors were also unrepresented during the 2015 Academy Awards, which in turn seemed to have had a withering effect on the number of African-American viewers who tuned in. Of the 37.3 million overall viewers who watched the broadcast, only 2.4 million, or 6%, were African American. That's roughly half the turnout in years when the slate of nominees is more inclusive. Over the last 10 years, the Oscars have averaged 38.8 million total viewers, of which approximately 3.2 million, or 8%, were African American.

Back in the here and now, media buyers say they are not entertaining the notion of pulling out of the Oscars, despite the increasing chatter about boycotts and tune-outs. "You're talking about a media plan that's been in the works for months," said one national TV buyer. "You know how many places I would have to go to secure those impressions?"

Others said that while they understand why so many people are displeased by the Academy's latest whitewashing, there's a reason why it's called "show business." "They [the Academy] are doing the actors and actresses and viewers and everyone else a grave disservice, but trying to put the squeeze on ABC is not going to change anything," said one buyer. "Their hands are tied."

That sentiment was echoed by yet another agency executive. "Anything that diminishes the perceived value of the event after advertisers make their commitments is truly unfortunate," the buyer said. "Also unfortunate is that [ABC] does not have the ability to remedy the issue and are probably just as uncomfortable as any of the sponsors are with the situation."

However things ultimately shake out, the ongoing debate should provide ample fodder for comedian Chris Rock, who will reprise his role as the host of Hollywood's annual valentine to itself.