‘This is not your father’s Viacom,’ says Shari Redstone, ‘and it’s not my father’s either’
READ THIS NEXT
Addressing the biggest challenges in a privacy-centric world 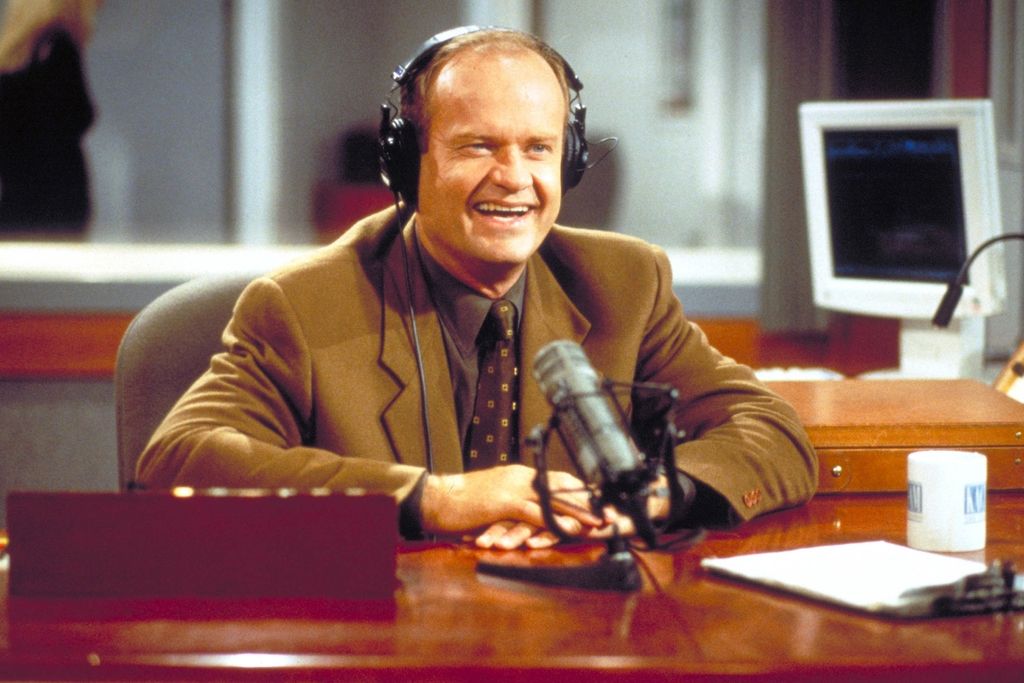 "Frasier" is set for a reboot on Paramount+.

Disney+ has Marvel and Star Wars. Paramount+ has a “mountain of entertainment.”

On Wednesday ViacomCBS announced plans to release dozens of new TV shows and movies to buoy its streaming service, which will be renamed Paramount+ next month. The lineup will include a mix of live sports and news, as well as shows based on the classic movies “Flashdance” and “The Italian Job,” a revival of “Frasier” and a spinoff of the popular western “Yellowstone.” All told, Paramount+ will include more than 30,000 episodes of TV and a couple thousand movie titles.

“Today we affirm anew that ViacomCBS is indeed one of the kings of content,” Chairwoman Shari Redstone said at an event Wednesday to promote the company’s streaming services, rephrasing a term said to be coined by her late father, media mogul Sumner Redstone.

She also specifically referenced him when she declared that “This is not your father’s Viacom, and it’s not my father’s either.”

Redstone pushed for the 2019 merger of Viacom and CBS—both controlled by her family—as a way to advance their growing investment in streaming. Once leaders in broadcasting and cable, both Viacom and CBS has suffered from the slow collapse of pay TV.

The company’s two main streaming services, Paramount+ and Showtime, now have nearly 30 million subscribers, up by more than half in the past year. While developing its own streaming businesses, the company in recent years has also produced a number of hits for other services, which have used them to boost their own subscriber totals.

Management is hoping all these new programs will help Paramount+ stand out in a crowded market for paid streaming services. Netflix is the clear leader, followed by Amazon and Walt Disney Co. Paramount+ is vying to be the leader of the next tier of competitors, which includes AT&T’s HBO Max and Comcast’s Peacock.

ViacomCBS has fewer resources than either AT&T or Comcast, both of which are worth more than five times as much. But it does have a long history of making hit shows, and will mine its catalog for opportunities to remake and revive popular programs.

The company plans to release new reality TV series, documentaries, dramas and original movies every week. That includes putting new movies online just 30 days after they leave theaters, compressing what has historically been a 90-day period of exclusivity for cinemas.

The company reported the year-end sign-ups, along with fourth-quarter financial results, ahead of the investor event. The results matched most of Wall Street’s expectations.

Advertising sales grew 4% in the quarter, reversing recent declines. Like other broadcasters, ViacomCBS has suffered a loss of TV viewers to streaming services. Those troubles were magnified in 2020 by slumping ad sales because of the coronavirus pandemic, which closed stores and restaurants, and forced marketers to pull back on promotions.

The loss of ads has been softened by increased fees from pay-TV providers since the merger of Viacom and CBS gave the company new heft in negotiations. Those fees rose 13% in the quarter and 7% for the year.

ViacomCBS shares have been on a tear, climbing 76% this year, because of enthusiasm that a commitment to streaming would pay off in the years ahead.