Pop Rocks and Why TV Doesn't Like Mikey Anymore

READ THIS NEXT
Netflix blows past 200 million subscriptions
'He likes it! Hey, Mikey!'
Credit: Quaker Oats

The story about the exploding kid started swirling around at recess, out by the tetherball pole, and by the time the buses lined up to haul away the last of the afternoon detention recidivists, the Ballad of Pop Rocks and Coke had given rise to a giddy death cult of sorts at my elementary school.

The way I heard it, Mikey, the intractably finicky eater from the Life cereal commercial, had courted the attentions of the Reaper when he'd chased down a half-dozen bags of the novelty candy with a sixer of Coca-Cola. The ensuing chemical reaction made his stomach go kablooey; according to one lunchroom raconteur, the poor kid was dead before you could say, "He likes it! Hey, Mikey!"

A bit of context: It is 1978. America is in thrall to Quaaludes, Big League Chew and Fonzie. Everything is molded of orange or brown polymers, the closest thing we have to the internet is CB radio, and our collective lust for folly is insatiable. 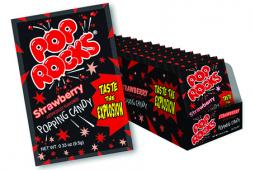 Because nobody knew what to believe—there had been no mention of it in the papers or on Cronkite or "Donahue," but then again, the consistency of the details (those twinned sixes, the brand specificity) seemed to lend an air of authenticity to the story—it was proposed that a group of us would try and replicate the Mikey experiment in the fields out behind the firehouse. Ultimately, our little intrigue was busted up after some squealer ratted us out to one of the teachers, who would later say that he was less put off by the implications of the whole Jonestown in Garanimals thing than he was disappointed by our apparent disdain for the scientific method. (Because we couldn't get our hands on any Pop Rocks, we used Cosmic Candy, a substitution that wouldn't have held up to the rigors of peer review.)

Inevitably, our fascination with Mikey's gastrointestinal misfortune gave way to more proximate concerns, and in the fullness of time, we abandoned it for other equally short-lived preoccupations. General Foods, for its part, spent a good deal of time and money trying to dispel the goofy myth; before the decade was out, it had launched a national ad campaign designed to reassure parents that their product, and its Cosmic Candy spinoff, was harmless and fun and wouldn't cause their kids to blow up like the planet Alderaan.

In the absence of a public internet, the legend of Mikey's CO2-fueled demise was disseminated so comprehensively that it more or less managed to get its hooks into an obscure corner of the zeitgeist. Despite the fact that even the most desultory Google search torpedoes the entire story within a matter of seconds, it has retained a weird sort of cultural currency. During the taping of the first of its three pilot episodes, Discovery Channel's "MythBusters" team in 2003 debunked the myth by way of a nightmarishly elastic pig stomach, and just a few years ago, Pop Rocks played an integral role in an installment of TLC's "Sex Sent Me to the E.R." titled "Get Your Rocks Off."

As for the kid at the center of the myth, "Mikey" made a few hundred more commercials before he grew up and started selling them. His real name is John Gilchrist, and he serves as director of media sales at MSG Networks. Next month, he'll celebrate his 49th birthday, which places him at the cusp of the demographic event horizon. Mikey didn't die back in the '70s, but as far as most advertisers are concerned, John's generation may as well wash down a half-dozen packets of Pop Rocks with a six-pack of Coke.

"He won't eat it; he hates everything," is how one of Mikey's brothers characterizes the little guy in the old Life spot. How about his own looming obsolescence for marketers? It's hard to imagine how anyone could develop much of a taste. Demos are about as artificial as the chemicals that give Pop Rocks their flavor; after all this time, it's a wonder that we still haven't learned how to spit them out.

Next up: The arbitrary tyranny of demos and how we got saddled with them in the first place.