Record ratings for viral ‘Jeopardy!’ champ? Don’t bet on it 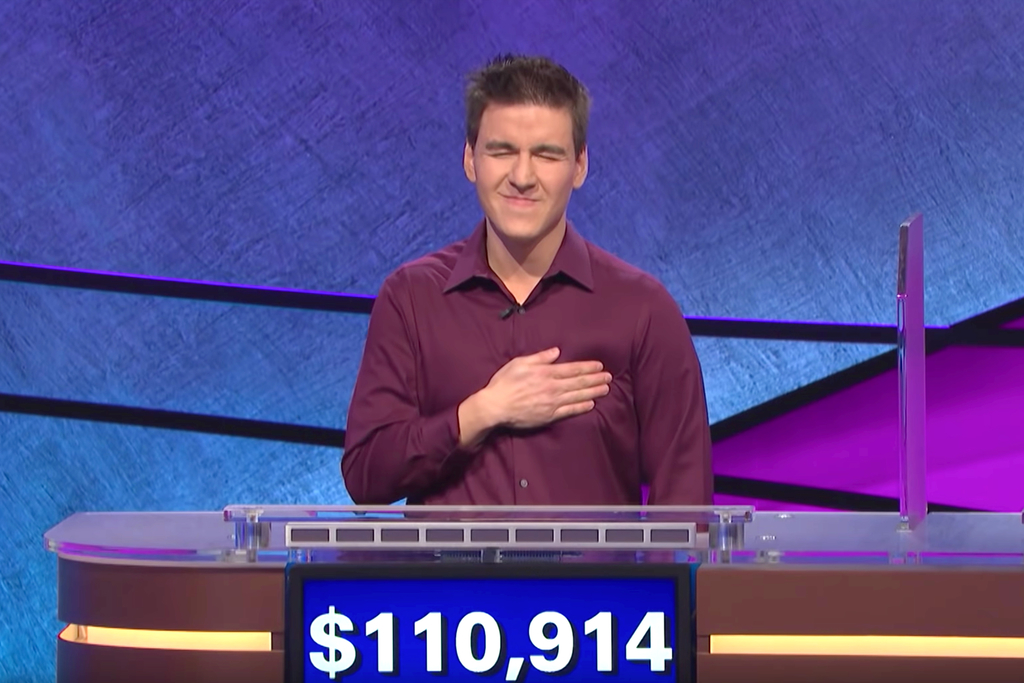 In becoming only the second “Jeopardy!” contestant to win $1 million in non-tournament play, Las Vegas sports bettor James Holzhauer is on a record-setting tear, and his shoot-the-moon approach has all but re-invented the venerable syndicated show. And while his 15-day spree has siphoned $1.14 million from the program’s coffers, Holzhauer’s dominance should give the program a bit of a boost on the ad sales front.

According to Nielsen live-plus-same-day data, the first 12 days of the Holzhauer juggernaut averaged a 6.3 household rating, up 9 percent versus the 5.8 rating “Jeopardy!” delivered in the three weeks prior to his April 4 debut. A 6.3 rating represents approximately 10.3 million viewers, which marks a gain of nearly 850,000 viewers compared to the estimated 9.46 million who tuned in during the March 11-29 period.

While Holzhauer’s historic run has given “Jeopardy!” a decent pre-upfront lift, his torrid streak has in no way brought the show to the brink of a ratings record. For example, during the week of March 4-8, “Jeopardy!” averaged a 6.9 household rating, which marked a slight increase when compared to the 6.7 the show delivered during February sweeps.

Compared to the same period in 2018, the Holzhauer episodes are up just a tenth of a point from an average 6.2 rating.

As Holzhauer continues his attempt to eclipse all-time “Jeopardy!” champ Ken Jennings and his $2.52 million haul—which he amassed over the course of 74 shows—the Alex Trebek vehicle is currently the second highest-rated syndicated program behind “Judge Judy.” That afternoon courtroom show has been the top syndie offering for 41 weeks running, which marks the longest winning streak in the category since 2004.

Holzhauer’s mastery of “Jeopardy!” is a function of his seeming disinterest in being wrong—in 15 shows, he’s provided just 19 incorrect responses, which translates to a 97 percent success rate—and his innate gambler’s instincts. In order to build a bank, he starts at the bottom of the board with the $1,000 answers, and once he has a generous stake in hand, he tends to root out the Daily Double answers like a truffle hog. (Thus far, he’s gone 34 of 37 on Daily Doubles and has blown only one Final Jeopardy opportunity.)

It’s safe to say that no one has ever wagered as much on Daily Doubles, but Holzhauer’s calculator brain and facility with probability theory have allowed him to comfortably bet as much as $20,000 on a single answer. On Tuesday, having raked in north of $68,000, he put a school teacher’s starting salary ($50,000) on Final Jeopardy and closed out the day up another $119,000, give or take.

As much as Holzhauer’s opponents likely perceive him as some sort of terrifying cyborg, his winning ways have been colored by a decidedly non-robotic sentimental streak. On April 9, he broke the all-time single-game record of $77,000 with a $110,914 performance, a figure he calculated in advance as a means to honor his young daughter. (She was born on Nov. 9, 2014.) He’s since broken his own one-day record twice.

At the pace he’s established over his first 15 appearances, Holzhauer could pass Jennings as the wealthiest “Jeopardy!” champ on or around May 21. During his six-month “Jeopardy!” residency back in 2004, Jennings gave more than 2,700 correct responses, while improving the show’s ratings by 22 percent vs. the year-ago period. Holzhauer to date has provided the right question 535 times.

A month after revealing that he had been diagnosed with Stage 4 pancreatic cancer, Trebek told fans of the show that he plans to return as host in the fall. “Despite what you may have heard, I’m feeling good, I’m continuing with my therapy and we... are already working on our next season, the 36th year of ‘Jeopardy!,’” Trebek said in a video released on April 18. He went on to thank viewers for their continued support, saying the cards and letters he’s received over the last few weeks have been greatly appreciated.