The tabloid is at odds with its corporate cousin Fox News 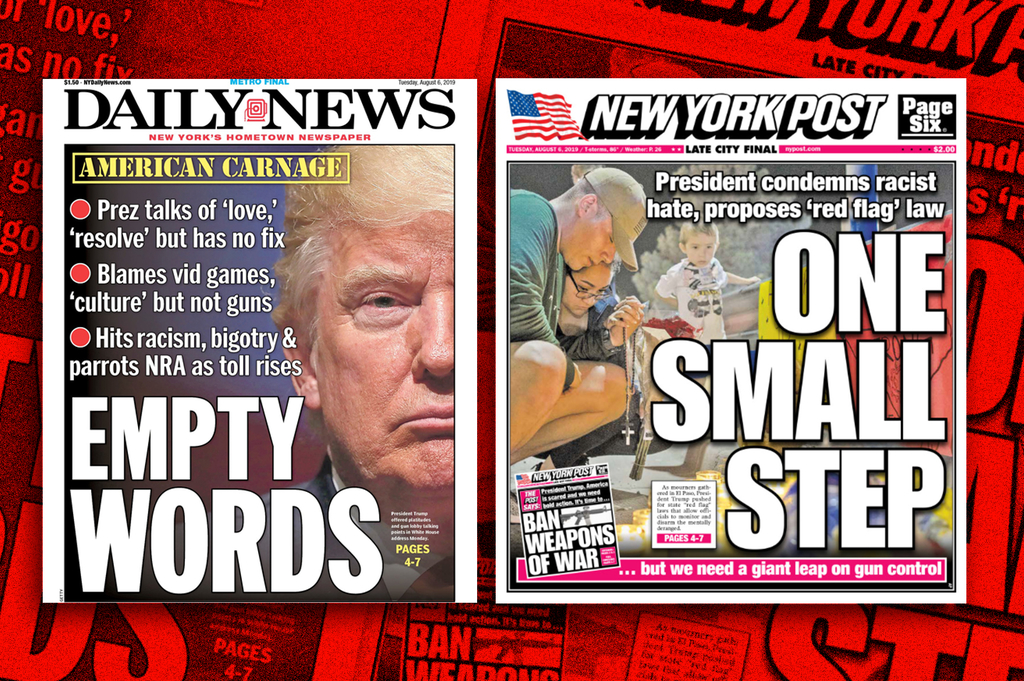 As part of Ad Age’s continuing media-about-media coverage, a quick look at how the nation’s leading tabloid newspapers are covering the aftermath of the mass shootings in El Paso, Texas and Dayton, Ohio.

It’s not exactly surprising that the left-leaning New York Daily News, which is frequently critical of President Trump, derides his Monday speech about the shootings as “EMPTY WORDS” on its cover—or that the right-leaning New York Post avoids explicitly criticizing Trump, and even finds a glimmer of hope in his tentative statements about gun-control reform. What is surprising is that the Post, which is owned by Rupert Murdoch’s News Corp, is doubling down on its editorial board’s call for a ban on assault weapons, which it underscores by running an inset image of its Sunday cover with the headline “BAN WEAPONS OF WAR.”

For American conservative media, this is an outlier position—one that the New York Post’s editorial board previously staked out in February 2018 in the wake of the massacre at Marjory Stoneman Douglas High School in Parkland, Florida. There are, of course, many people who feel that any sort of regulation of guns is an assault on the Second Amendment—and some of those people are on-air talent and regular guests over at the Post’s corporate cousin, Fox News.