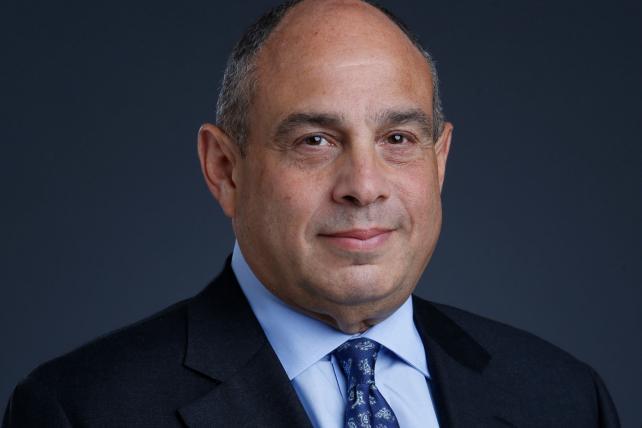 Winter, who relinquished oversight of NBC's sports sales in September 2016, just a few weeks after he'd booked a record $1.2 billion in national ad revenue for the Rio Summer Olympics—an effort that resulted in a profit in excess of $250 million—will report directly to Gambelli. Winter and Gambelli worked together in NBC's sales organization for the better part of a dozen years, an association that ended in 2013, when she left 30 Rock to serve as chief investment officer and executive vp of Horizon Media.

Gambelli returned to the supply side of the negotiations table in May 2017, when she was hired to succeed longtime Fox News ad sales boss Paul Rittenberg. After some 15 months, Gambelli took on even greater responsibilities, inheriting the lead ad sales role for all sports, news and entertainment assets from Joe Marchese.

Winter will officially board the Fox ship after the $71.3 billion sale of its studio and cable entertainment assets to the Walt Disney Co. goes through. The remaining operations, which include Fox Sports, Fox News and the Fox broadcast network, subsequently will be spun off as a standalone business.

Fox has made no bones about how television remains in thrall to big-time sports, news and other live events, centering its last two upfront presentations around its football and baseball holdings while scaling back on its scripted series orders. Season-to-date, Fox has premiered just three new half-hour comedies, the unscripted musical-mystery hit "The Masked Singer," and, just last night, its first freshman drama in the supernatural thriller "The Passage."

Preliminary results for the series opener, which Fox promoted heavily throughout the latter half of the NFL season, were rather uninspiring, as "The Passage" averaged just 5.23 million viewers and a 1.3 in the demo.

While the radical shakeup of Fox's operations has brought with it a predictable amount of turnover in the executive ranks—shortly after Gambelli's promotion was announced, AMC Networks President and General Manager Charlie Collier was named Fox's new entertainment CEO—at least one veteran ad sales guru is staying the course … or at least for the near term. Neal Mulcahy, who has been with Fox since 1987 and has served as executive VP of sports sales for the past 14 years, will remain with the company through Fox's broadcast of Super Bowl LIV, or Feb. 2, 2020.

The same cannot be said for Bruce Lefkowitz, the executive VP of ad sales at Fox, who will leave the company upon completion of the Disney deal. Considered to be among the sharpest mind in sales, the affable, well-respected Lefkowitz has been with the Fox family since 2002.

Which isn't to say that some of the old guard at Fox won't be on hand after the spinoff. During the same October interval in which Gambelli and Collier's assignments were announced, the company upped veteran Fox Sports President, COO and Executive Producer Eric Shanks to CEO of the sports unit. Among Shanks' more recent accomplishments include the launch of the cable sports network FS1, a deal to take over the "Thursday Night Football" package and a renewal of Fox's MLB rights. Shanks last June closed a five-year, $1 billion deal to make Fox the new home of "WWE SmackDown Live."

Details about Winter's new gig were sketchy at press time, but Fox reps confirmed both his signing-on and word about Mulcahy's plans to run a final lap around the sports sales track.