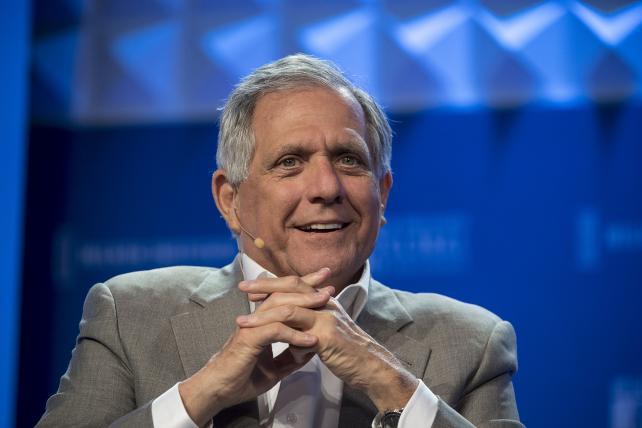 CBS CEO Leslie Moonves is reportedly expected to exit the company within the next 24 hours as new allegations of sexual misconduct surface.

The New Yorker published yet another story against Moonves, with claims from six women who say they experienced sexual harassment or assault.

"CBS takes these allegations very seriously," a CBS spokeswoman said in a statement to Ad Age. "Our Board of Directors is conducting a thorough investigation of these matters, which is ongoing."

One of the complaints came from a veteran TV executive Phyllis Golden-Gottlieb, who alleges Moonves physically restrained her and forced her to perform oral sex on him. In other incidents, she claims Moonves exposed himself to her and forcibly threw her against a wall.

Golden-Gottlieb filed a criminal complaint with the Los Angeles Police Department late last year, but prosecutors did not pursue the charges because the statues of limitations had passed. Earlier this year, Mooves informed a portion of the board of directors about the charges, according to The New Yorker article.

In a statement to The New Yorker, Moonves admitted to three of the encounters but said they were consensual.

Moonves in recent days has reportedly been negotiating his exit from CBS, with some reports saying there were talks with the board of a severance packs of $100 million. That sparked outrage from groups like Time's Up, which released a statement on Thursday saying, "A man accused of rigorously reported allegations of harassment should not be rewarded with a golden parachute. Les Moonves walking away with a $100 million settlement sends a message to survivors everywhere that powerful men can act without fear of consequence."

After the new allegations on Sunday, Time's Up said CBS had ignored the safety of women to protect "the careers of powerful men and the corporation."

'The CBS Board of Directors has an obligation to move swiftly and decisively to create a safe work environment for all and rid the company of this toxic culture," the group said in a statement. "CBS, as you sit in a room debating next steps to rectify the damage done, remember that the world is watching. We will accept nothing less than full transparency of the investigation's findings, a commitment to real change across all levels of CBS management and no reward for Les Moonves."

For advertisers, the question remains what happens to CBS' long-time ad sales chief Jo Ann Ross, who has been a loyal lieutenant to Moonves for more than two decades, if the media titan departs.

After the first New Yorker expose published in July, which detailed sexual misconduct by six women, Ross took to Twitter to voice her support for Moonves.

"My experience with him on a professional and personal basis has never had any hint of the behavior this story refers to," Ross wrote. "Leslie has always been an advocate and mentor to me showing me the deepest respect at all times. He has never been threatening or abusive. In fact, Leslie has been my 'go to' through any challenges."

Thus far, there have been no statements from advertisers distancing themselves from the network.