Super Bowl LIII drew lowest ratings in 11 years -- or did it? | Ad Age
Skip to main content
Sign In Register

Super Bowl LIII drew lowest ratings in 11 years -- or did it?

Impressions top 100 million, depending on who's counting
READ THIS NEXT
A roster of celebs stump for the Vegas Strip’s newest hotel in its first-ever campaign 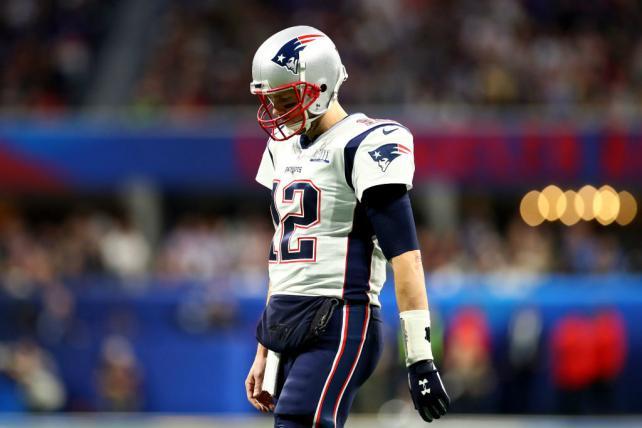 Super Bowl LIII exploded a lot of myths about the entertainment value to be found in hard-nosed, defensive-minded football while throwing an awful lot of cold water all over the alleged wunderkind status of Rams head coach Sean McVay. At the same time, the attempt to quantify the final ratings for Sunday's snoozer served to underscore the fact that defining audience deliveries without a unified currency is a shrieking pain in the ass.

According to Nielsen live-plus-same-day data, CBS's broadcast of the Patriots-Rams ordeal averaged 98.2 million viewers and a 41.1 household rating, making it the least-watched linear TV broadcast of a Super Bowl in 11 years, and the lowest-rated in 16 years. The network's standalone deliveries mark the first time in a decade that the Big Game has failed to average more than 100 million viewers over the course of the broadcast, and little wonder. Through no fault of CBS, the game was an endurance test.

Unless you grew up cheering on Bronko Nagurski in the leather helmet era, Sunday night's 13-3 punting exhibition was akin to watching paint dry while being clouted over the skull with now of those hammers used in carnival strongman games. Despite the heroic efforts of CBS play-by-play announcer Jim Nantz and color commentator Tony Romo, the Pats' joyless victory was at once tedious and harrowing, and the final ratings reflected America's relative discomfort.

While it's worth noting that Super Bowl LIII is all but assured of earning the bragging rights for reaching the largest single TV audience of 2019, the drop in linear impressions was a bit jarring in light of all the improvements the NFL saw throughout the season. Not only did the average number of broadcast spectators drop 5 percent compared to last year's 103.4 million viewers, but the household number slipped by two whole ratings points. After a streak in which the Super Bowl deliveries grew nine years out of 10, the NFL title tilt now finds itself in a four-year skid.

Unfortunately, in the absence of a single inclusive ratings currency, once that seamlessly combines linear TV impressions with streaming and out-of-home numbers, counting the house in any meaningful way is now a dicey proposition. For example, CBS on Monday said its overall reach actually surpassed 100.7 million viewers when those who watched the game via CBS Interactive, NFL digital properties, Verizon Media mobile properties and ESPN Deportes (TV and online) were tossed into the mix.

Leaving aside the fact that the inclusion of the undifferentiated ESPN Deportes data seems a bit odd, as the Spanish-language network is in no way associated with CBS, streaming appears to have accounted for approximately 2.6 million viewers. As such, old fashioned broadcast TV was responsible for the 97.5 percent of the Super Bowl's overall impressions, while the remaining 2.5 percent were secured via the various streaming platforms.

Thus, any comparison to recent digitally-enhanced Super Bowls must also include all ancillary impressions as well as the traditional TV numbers. So while you may see certain news outlets juxtaposing the bundled 100.7 impressions served up by CBS and its digital helpers with NBC's year-ago 103.4 million viewers, this accounting neglects the bonus eyeballs that took in Super Bowl LII on non-TV platforms. In other words, if 100.7 million viewers is the agreed-upon total for CBS, then NBC's year-ago delivery topped 106 million.

But wait, there's more. Because it takes Nielsen a couple days to process the out-of-home data for those who watch TV in bars, restaurants, gyms and their friends' homes, those additional deliveries tend to get lost to history. Add all the non-traditional viewers to NBC's Super Bowl LII ratings, and you wind up with a total audience delivery of 118.2 million viewers. Which certainly has to be some kind of record, right?

Well, not really, and it all comes back to how the disjointed ratings system makes it nearly impossible to make any sort of viable Thing-1-to-Thing-2 comparisons. In theory, NBC should be credited for the additional viewers who took in the Super Bowl LII action from out-of-home venues or via non-traditional platforms. After all, there's no empirical evidence that indicates that those who watched the game while planted atop a barstool or at a friend's Super Bowl party were any less engaged with the commercials than the vast majority who tuned in from the comfort of their own family rooms.

Unfortunately, there's no way to compare NBC's out-of-home numbers to those from previous years, as Nielsen only began measuring that subset of the TV audience in 2016. (Super Bowl LI host Fox didn't start subscribing to the out-of-home reports until four months after its big broadcast.) So that leaves anyone trying to arrive at a definitive rating on rather shaky ground.

Meanwhile, if CBS manages to sweeten its preliminary data with as many (12 million) out-of-home impressions as were recorded by NBC a year ago, then suddenly it may make a case for having served up the third- or fourth-largest Super Bowl audience in history, rather than the smallest since 2008. But as much as CBS began subscribing to Nielsen's out-of-home service in September 2017, those numbers have yet to be woven into the currency.

When calculating the cost of generating 1,000 ad impressions, most buyers don't factor in the out-of-home deliveries. Many media buying agencies continue to push back on accepting guarantees for such impressions, arguing that the cost of reaching the bar/restaurant/hotel/friend's couch crowd has always been baked into the negotiated cost-per-thousand.

That the networks don't furnish ratings guarantees for the Super Bowl only makes the ontological status of out-of-home all the knottier, but buyers suggest that those bonus impressions generally are not factored into determining the average unit cost for future Super Bowl broadcasts. In other words, CBS's Frankenstein-ed 100.7 million TV-plus-digital impressions will play a more significant role in establishing a base rate as Fox begins taking Super Bowl LIV to market.

So long story short, Super Bowl ratings will carry a Barry Bonds-esque asterisk until Nielsen at long last is able to deliver a comprehensive, standardized multi-platform ratings metric against which all sides of the sales triangle agree to transact. Given that the industry is about to enter its 12th year of negotiating against C3, the currency that was first introduced as a "provisional" "compromise" metric, it's probably safe to say that no universally agreed-upon Super Bowl ratings will be forthcoming until, say, the Cleveland Browns win their first Lombardi Trophy.