Where’s Bodega Cat when you need him?
READ THIS NEXT
Pinterest hosts its first ad summit and opens new video ad space to brands 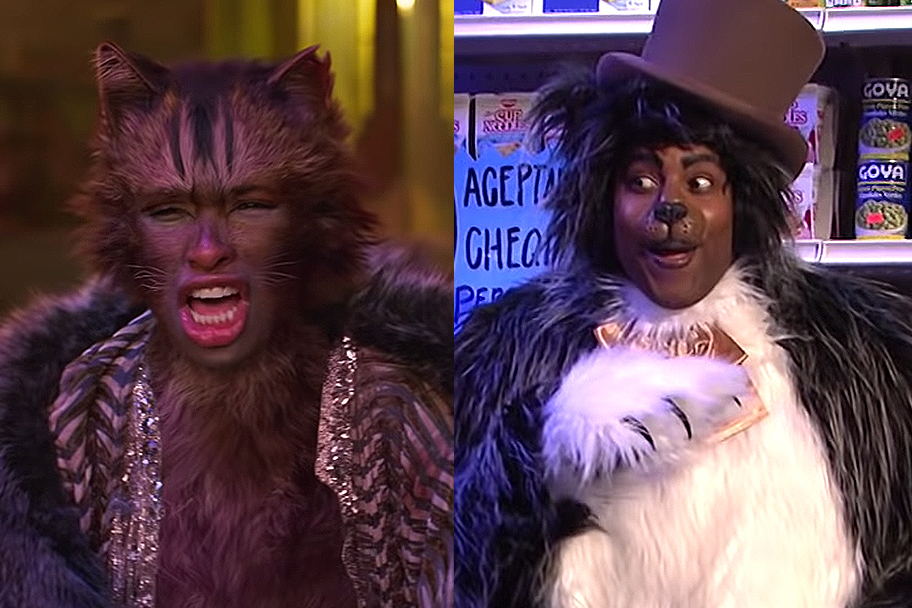 So Universal Pictures took to the internet on Thursday to hack up its trailer for the new “Cats” movie like some sort of pre-dinner hairball, and the internet is, um, confused? But definitely not indifferent. On YouTube, the trailer has racked up more than 87,000 thumbs-down (vs. 48,000+ thumbs-up) across more than three million views in less than 24 hours. And over on Twitter, people have had a few things to say:

On second thought, I think that Sonic movie wasn’t really that bad. pic.twitter.com/bqDDJvezPw

This reminds me of when my daughter photoshopped Nic Cage's face onto our beloved pets pic.twitter.com/Yj3W2kcRNc

Is this what we're doing now? Is it? pic.twitter.com/YXmM54sksP

This was some scary shit pic.twitter.com/w4NAmbfvlr

It seems possible that those swatting at the “Cats” trailer may feel that this obviously surreal movie adaption of the smash Broadway musical simply doesn’t go far enough. The good news is that Universal is giving this thing a Dec. 25 release, so there’s still time to make some tweaks.

We hereby suggest bringing in John Mulaney, whose “Bodega Bathroom” musical (below) starring a bodega cat (Kenan Thompson) was one of the highlights of the 2018-2019 “Saturday Night Live” season.

In short, the problem is not that “Cats” looks deranged. It’s that it’s not deranged enough!