CBS prepared to do 'whatever is necessary' to retain NFL rights 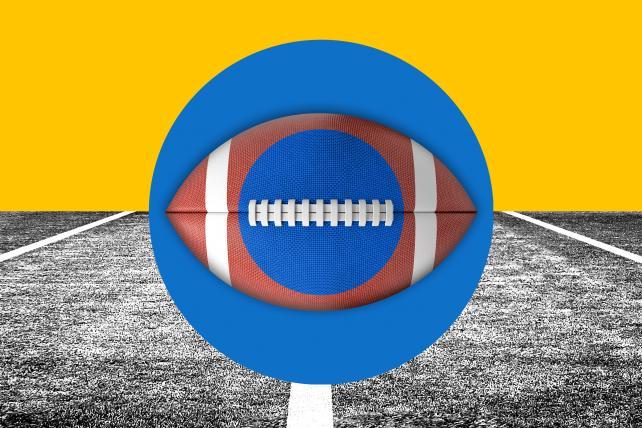 CBS has no intention of letting its NFL rights deal lapse after its AFC-heavy package expires at the end of the 2022 season.

Speaking to investors Thursday evening during the company's fourth-quarter earnings call, CBS Sports Chairman Sean McManus said his team is ready, willing and able to "do whatever is necessary to make sure the NFL stays on CBS." If the broadcaster has to fight off would-be suitors from the tech world in order to protect its investment, so be it.

McManus does not, however, expect negotiations for a new deal to begin for some time.

On the heels of a season in which CBS saw its Sunday afternoon window of nationally broadcast NFL games improve 5 percent to 21.7 million viewers and a 12.5 household rating, McManus said that sort of enormous reach is likely to give the network a leg up over any aspiring usurpers.

"As we prepare to renew our rights, it's important to remember the absolute power of CBS and our full portfolio of broadcast and streaming assets," McManus said. "While the NFL has been very good for CBS, CBS has indeed been very good for the NFL, generating huge audiences and interest in the game."

McManus wasn't talking out of his hat. CBS's eight coast-to-coast NFL broadcasts and its Thanksgiving Day game once again ranked as the most-watched TV program this side of Fox's analogous NFC package, which averaged 22.2 million viewers and a 12.8 household rating. Three of the season's top five most-watched regular season NFL games aired on CBS, and the Tiffany Network's broadcast of the AFC Championship Game delivered a staggering 53.9 million viewers and a 27.5 rating.

Perhaps more to the point, the NFL itself has been emphatic about how it would prefer to present the biggest games on the most widely-trafficked media platforms. In other words, regardless of all the cash they have at their disposal, don't expect a Google or an Amazon to displace one of the NFL's legacy broadcast partners once the next big media deals go to auction.

"We have four years remaining on our NFL contract and we fully expect to keep NFL on CBS for many years to come," McManus said. "While times have changed, the one constant is that both parties have mutually benefited. As the NFL often states, they strongly value and prioritize the reach of broadcast television."

The NFL has never been shy about acknowledging its debt to broadcast TV. Speaking at an industry event in August 2018, NFL Chief Media and Business Officer Brian Rolapp said he saw little evidence to support big tech's assertion that it might satisfy the league's top priority, which is to approach ubiquity. "Our entire model is about reaching as many people for as long as we can," Rolapp said. "We can reach 25 million people [on broadcast TV], and I have not seen a live event on the Internet that can serve 25 million concurrent users at a high quality."

As much as McManus is confident that CBS will continue to partner with the NFL for the foreseeable future, he acknowledged that the bidding for the media rights is likely to be as frenzied as a fumble recovery at a hockey rink. "There are usually more than one party that wants to acquire a right, and I think there will be competition for all of the different NFL packages," McManus said. "But, I'm confident that the exposure we give to NFL is just as important as the rights payment that we pay."

CBS's current deal with the NFL is valued at $1.03 billion per year, or around $9.23 billion over the life of the contract. (The network's 2006-2013 agreement cost it the relatively paltry sum of $622.5 million per season, or $4.96 billion altogether.) And while the league's asking price will eclipse the current rate, the unparalleled deliveries of pro football make it unlikely it will punt on the rights package. But for all that, the negotiations are likely to get underway only after a crucial piece of league business is put to bed.

"I think the NFL probably wants to get their collective bargaining agreement done first before they talk about the television deals," McManus said, adding that talks will likely begin in earnest "further into 2020 or beyond."

A few hours before McManus invoked the CBA, NFL Players Association President Eric Winston said in a radio interview that he has begun advising union members to begin coming to terms with the possibility of a lockout once the standing deal between owners and players expires after the 2020 season. The last NFL lockout occured in the summer of 2011, and while it stretched on for five months, the work stoppage did not have a material impact on the fall campaign.

Another threat to broadcast's football future is the FAANG crowd, which is all but certain to complicate the coming NFL rights talks. For all the heat that Google and Apple may bring to the proceedings, McManus maintains that CBS is perhaps better situated for a renewal than any other TV outlet. "I can't speak for the strategy of the digital companies," McManus said. "All I can speak for is CBS, and since we brought the NFL back to CBS in 1998, we've been successful three times in renewing our rights. I would expect to do so again."

When asked how CBS planned to take full advantage of legalized sports gambling, McManus remained as cautious as he was when he told reporters that there would be no talk of point spreads or prop bets during the network's coverage of Super Bowl LIII.

"We're looking at [gambling] really carefully. It's still only allowed in eight states, so it isn't really a national play yet, " McManus said, before adding that a more widespread acceptance of wagering on sports would likely spur revenue growth on at least two fronts. "The local advertising has been there, and I think once it becomes more national, you'll probably see more national advertising. From an advertising standpoint and, hopefully down the line, from an engagement standpoint, it can increase the value of our live programming."

While CBS won't break out the official numbers for Super Bowl LIII until its first-quarter earnings call, McManus said that Feb. 3 was the "single highest revenue day for CBS, generating hundreds of millions of dollars in ad sales." According to Kantar Media's preliminary estimates, in-game sales added up to $382 million, making the Pats-Rams game the third most lucrative Super Sunday on record.