Time Inc. Owned an Actual Forest and HBO in the '80s: Now What? | Ad Age
Skip to main content

Time Inc. Owned an Actual Forest and HBO in the '80s: Now What?

Magazine Publisher Starts Trading Independently on Monday
READ THIS NEXT
‘America Must Change’: The story behind Time’s latest cover artwork
At one point in its history, Time Inc. owned both a huge forest-products company and HBO.
Credit: 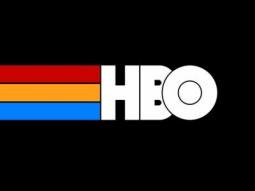 In 1952, Time Inc. executives decided to buy a forest in east Texas. They figured they'd benefit from owning the very trees required to print magazines like Time, Life and Fortune, and they got a kick out of the way east Texans did business, over pigeon shooting instead of long midtown lunches.

Although the forest products division wound up throwing off more than $1 billion in revenue by the early '80s, it also eventually became a distraction from bigger priorities -- like those same magazines but also the growing cable network Home Box Office. So in 1984, Time Inc. spun off the forest unit into a separate publicly traded company called Temple Inland.

The move delighted Wall Street. "Time Inc. had a very strong growth story," said Ed Atorino, a media analyst who followed the company in the early '80s. "Sports Illustrated was booming; it had HBO. It was a dominant media company."

Now Time Warner, the product of Time Inc.'s blockbuster merger with Warner Bros. in 1989, has found Time Inc. the distraction, from priorities like entertainment businesses including HBO, and is spinning it off. (The move is delighting Wall Street.)

So the nation's largest magazine publisher will begin trading as a standalone company on Monday. Success will depend on its ability to protect print advertising and circulation while establishing new revenue sources, such as digital video, mobile-first products, retail extensions, events and marketing services.

It will also need to prove it's still got the gumption to buy a forest (metaphorically speaking) or invest in an emerging technology.

Time Inc. leaders have lately been conspicuous about slaughtering sacred cows. In less than one year, the company has reduced its workforce, announced plans to ditch its namesake Time & Life Building in Manhattan for smaller offices downtown and eliminated the vaunted wall between ad-sales and editorial. (On a list of "Transformational Progress" in a presentation to potential investors, Time Inc. boasted that it had "eliminated 'church and state' barriers," although executives say its editorial independence from advertiser influence remains.)

"The company has experienced more change in nine months than it has in the last 25 years," said Robin Steinberg, exec VP-director of publishing investment and activation at MediaVest and one of the most important ad buyers in publishing.

CEO Joe Ripp and Chief Content Officer Norman Pearlstine speak fondly of the company's past, but they're no sentimentalists. Although Mr. Ripp, a former Time Inc. chief financial officer, gives off a folksy demeanor, he's told employees he'd sell anything that's "worth more to someone else than it is to us." And Mr. Pearlstine, a former Time Inc. editor in chief, has allowed ads to appear on the cover of Time and Sports Illustrated, breaking an industry taboo.

The changes have rattled many of the company's roughly 7,500 employees, who are steeling themselves for more cuts. Even Time Inc.'s cash cow, People magazine, shed about a dozen staffers this month through layoffs and buyouts. There's also widespread speculation that company may sell magazines to raise capital for acquisitions.

A Morgan Stanley research note highlighted Time Inc.'s strong cash flow of about $350 million annually, but cautioned that revenue has declined at a 2.7% combined annual rate since 2009. And the company will need to pay off the $1.4 billion in debt that it raised for the spin-off, reducing available cash to return for shareholders or to invest in the business, Morgan Stanley pointed out.

Time Inc. has already invested in digital sports network 120 Sports and said it will introduce an ambitious platform called The Daily Cut for its digital videos. And this week it bought Cozi, an app with about 10 million users that allows them to create schedules, shopping lists and recipes. Time Inc. intends to grow users by promoting the app across the company's many properties and expand revenue by introducing native ads. The sale price was not disclosed. 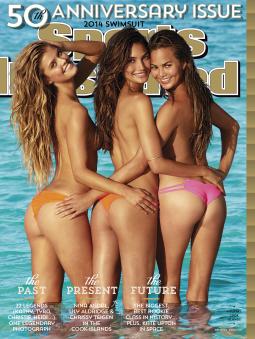 Morgan Stanley anticipates that Time Inc. shares will trade around $23 to $25 per share. And a Bloomberg estimate pegs Time Inc.'s market value in the range of $2.57 billion. The market value of Meredith, publisher of Better Homes and Gardens and owner of local TV stations, currently stands at about $2 billion.

Time Inc.'s battle-worn staffers have also been invited to a gathering Monday to mark the first day of trading. The invitation promised "food" and "fun," though the latter may depend on Wall Street's initial reaction to the next stage in Time Inc.'s history.

~ ~ ~
NOTE: An earlier version of this article compared Time Inc.'s anticipated share price with share prices at other publishing companies. The comparison was removed because it didn't account for the number of shares outstanding at the various companies.