73.1 million viewers tune into the first presidential debate, 13% less than the opening contest in 2016
READ THIS NEXT
ViacomCBS tests national addressable ads with Dish Media 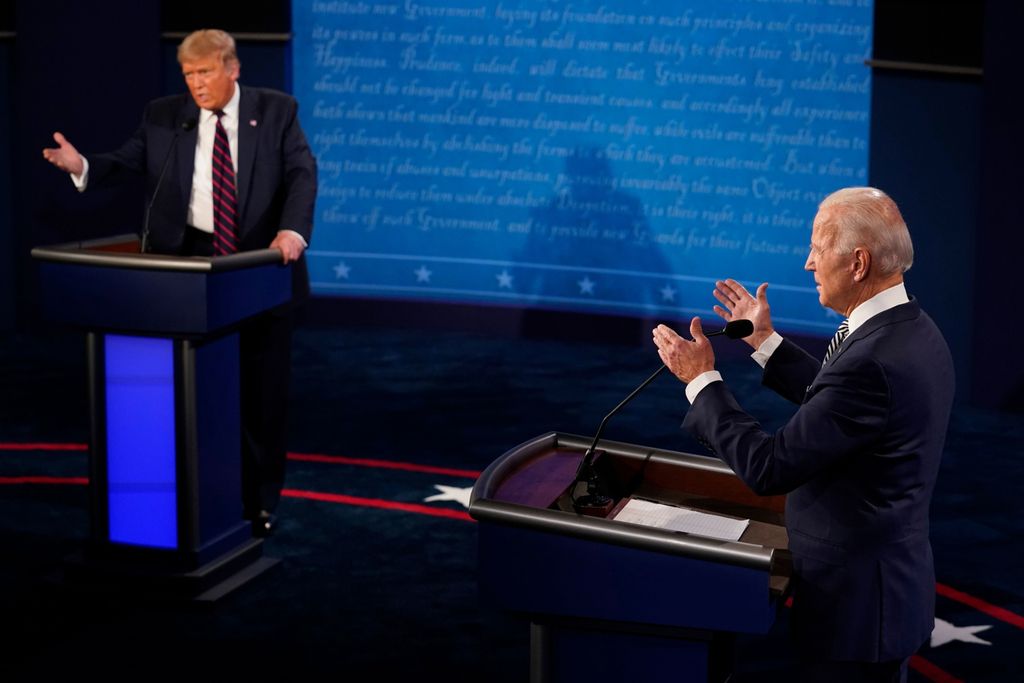 The first Battle Royale between President Donald Trump and former Vice President Joe Biden averaged 73.1 million TV viewers, falling short of the audience that tuned into the initial showdown between Trump and former Secretary of State Hillary Clinton in 2016, according to Nielsen.

Viewership for the skirmish—which saw moderator Chris Wallace plead with Trump to not talk over Biden and has prompted debate organizers to consider new tools to help future moderators control the conversation—was 13% lower than the first 2016 presidential debate. That contest set records as the most-watched election showdown, with 84 million viewers tuning in. Tuesday night’s match up also falls short of the 80.6 million viewers who watched the debate between President Jimmy Carter and former California Gov. Ronald Reagan in 1980, which aired only on ABC, CBS and NBC.

The debate aired across 16 networks. Fox News won the night, averaging 17 million viewers, followed by ABC with 12 million, NBC with 9.3 million, CNN with 7.9 million and MSNBC with 6.9 million.

It’s worth noting that while the average audience for the Trump and Biden grudge match includes streaming through connected TVs as well as out-of-home viewing, it does not include digital viewing on devices like computers, tablets or phones not connected to smart TVs. According to Nielsen, connected TVs can contribute as much as 11% of the audience for political events.

During multiple points of the 90-minute debate—at least 25 times, according to Slate—Wallace had to ask Trump to stop interrupting Biden. This led the commission to announce on Wednesday it is considering new rules to ensure “a more orderly discussion of the issues.”

A vice presidential debate will take place on Oct. 7. Then Trump and Biden will face off again on Oct. 15 and Oct. 22.