Trump forever and ever? Time magazine on those who want to keep his movement alive | Ad Age
Skip to main content

Trump forever and ever? Time magazine on those who want to keep his movement alive

In the past President Trump has spoken enviously of the idea of autocratic leaders who never go away (see "Trump praises Chinese president extending tenure 'for life,'" per Reuters). But Time magazine's latest cover story, on newsstands Friday, doesn't imagine the United States will eliminate the presidential term limit anytime soon. Instead, it examines the prospect of life after Trump—but still revolving around Trump.

In "How Trumpism Will Outlast Trump," Sam Tanenhaus writes about how a group of political operatives is...

...working to build the intellectual scaffolding to support Trump's movement long after he leaves power. Too few in number to form a movement, they're also young and as yet not well known, though some wield surprising influence. One reason is they have big ideas. Another is that they have taken a key lesson of Trump's rise—the rhetoric of economic populism—and are trying to do the unthinkable: turn the President's impulses into a constructive, long-term effort to reform the American economy. They count among them economists, law-school grads, magazine editors and former Tea Party activists. Dispersed throughout Washington, clustered in Senate offices—on the staffs of Marco Rubio and Mike Lee, among others—and congregating at think tanks and in small journals, these insurgents are starting to find a warm welcome from a rising class of party voices, including Senators Tom Cotton, Ben Sasse and Tim Scott.

A companion piece by Brian Bennett and Justin Worland, teased on the cover as "The Strength of His Support," appears online under the headline "How the Midterms Will Test Trump's Hold on the GOP."

The animated version of Time's cover, above, was produced for social media. Here's the newsstand version: 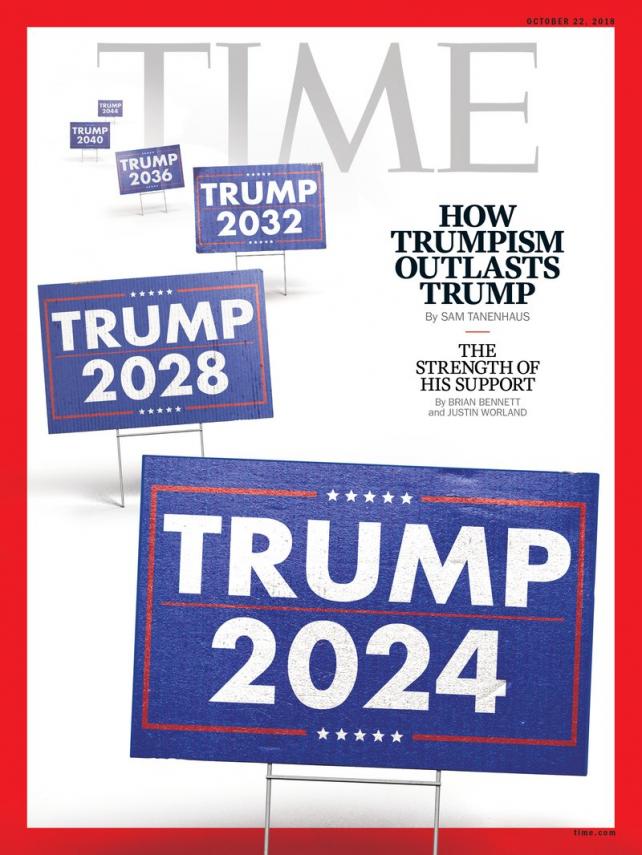