Turner, WME-IMG Get in the Esports Game With Own League | Ad Age
Skip to main content

Turner, WME-IMG Get in the Esports Game With Own League

TBS to Televise Video-Game Competitions Starting in 2016
READ THIS NEXT
From News Scoops to Buzzer-Beating Hoops, Live TV Continues to Deliver 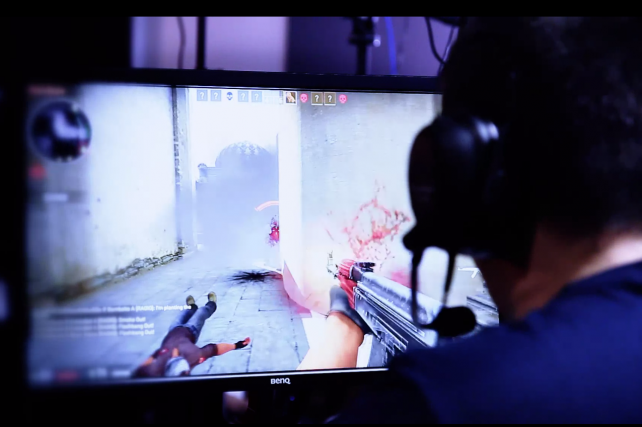 Turner's TV networks have been home to many major sporting leagues, including the NBA, MLB, NCAA men's basketball and the PGA. But now the broadcaster is creating its own league for a type of competition that some might question as a sport: video gaming.

In the latest sign that e-sports, or electronic sports, is a legitimate contender for media and marketing dollars, Turner and talent agency WME-IMG have formed their own e-sports league, complete with a regular season and playoffs that will air on Turner-owned TBS in 2016.

For those who may consider e-sports to be some kind of sideshow for dudes in their parents' basements, it's not. According to gaming-centric market research firm Newzoo, e-sports will be a $250 million industry this year with 260 million people around the world tuning into at least one e-sports event a month.

"The idea is to take something that's enormous but not in the traditional landscape of sports and take it to the demographic that TBS has, which is young men, and really turn the sport into more mainstream," said Lenny Daniels, president of Turner Sports.

"Anybody that's interested in competitive entertainment, regardless of whether you want to call it a sport or not, is an audience or a potential audience," said Tobias Sherman, head of WME-IMG's e-sports division.

Instead of wading into e-sports with competitions of people playing video game versions of traditional sports, the first season of Turner's and WME-IMG's league will feature gaming company Valve's "Counter-Strike: Global Offensive," a first-person shooter game that as many as 669,223 people were playing simultaneously on Wednesday, according to Valve.

"When we looked at 'Counter-Strike' in particular, we were looking for a title that could stay true to e-sports, had a rich history and could be easily understood," Mr. Sherman said. "It can be easily unpacked for the audience but still satiates the hardcore fans."

While Turner could have partnered with an existing e-sports league like Major League Gaming, Mr. Daniels said the company decided to form its own league in order to have more control over the competitions and take advantage of WME-IMG's involvement, given that the agency operates its own e-sports business that includes team management, marketing and live events and earlier this year acquired gaming agency Global eSports Management, which Mr. Sherman had co-founded.

In addition to traditional ad sales like commercial time during the televised events, Turner will also look to secure league sponsorships and, along with WME-IMG, endorsement deals for competitors, Mr. Daniels said.

To further legitimize the league, Turner and WME-IMG will build a studio in Atlanta specifically for live gaming competitions that will be home to two separate 10-week seasons that will be broadcast Friday nights on TBS in front of a live audience. Both Mr. Daniels and Mr. Sherman said they hope the league and studio will make Atlanta the east coast hub for e-sports, which largely calls Los Angeles home.

There will be televised cover every Tuesday through Friday of the gaming season, as well as post game-play videos, profiles of e-sports teams and athletes and behind-the-scenes clips online. Mr. Daniels said Turner is still putting together its digital distribution plans, but said the company will be talking with Twitch, YouTube and Amazon's gaming-centric video service, and plans to incorporate Turner-owned sports publication Bleacher Report as well.