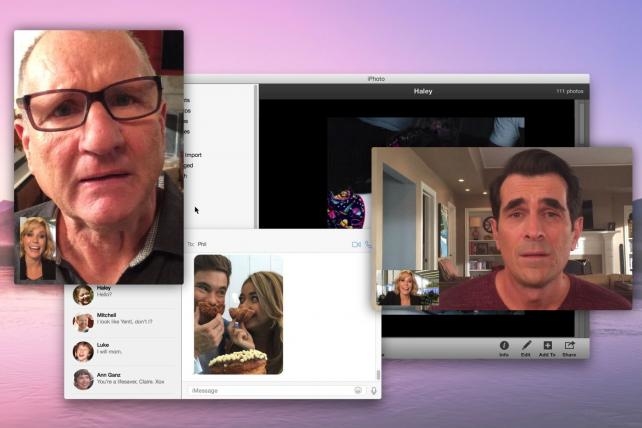 Five years after debuting the iPad on "Modern Family," Apple is back on the popular ABC show -- this time with star billing.

An upcoming episode of the sitcom takes place entirely online, with the hijinks unfolding through instant messages, mobile-apps and Apple's video chatting service, FaceTime. The full episode, save some post-production rendering, was shot on Apple's iPad tablet and its new iPhone 6.

While Apple provided the devices to the show's executives, the manufacturer insisted it paid nothing for the product placement. "Modern Family" executive producer Steve Levitan created the idea for the episode, according to Twentieth Century Fox Television. Apple "loved the idea," Mr. Levitan told the Associated Press.

In 2010, Apple's maiden iPad was featured in the sitcom, with character Phil Dunphy pining for the soon-to-be released tablet. Then, Apple also boasted that it did not pay for the placement.

On top of the exposure for Apple's devices, its software will command considerable screen time on the episode. As the camera rolls, the characters converse against a backdrop of Apple's latest desktop software, OS X Yosemite. Introduced in June, the updated software ties together Apple's devices more seamlessly with its continuity feature, part of Apple's bid to further cement users in its world.

~ ~ ~
CORRECTION: An earlier version of this article said ABC conceived the idea for the episode and received the iPhones and iPads from Apple. "Modern Family" executive producer Steve Levitan, not the network, came up with the idea and collected the devices, according to Twentieth Century Fox Television.