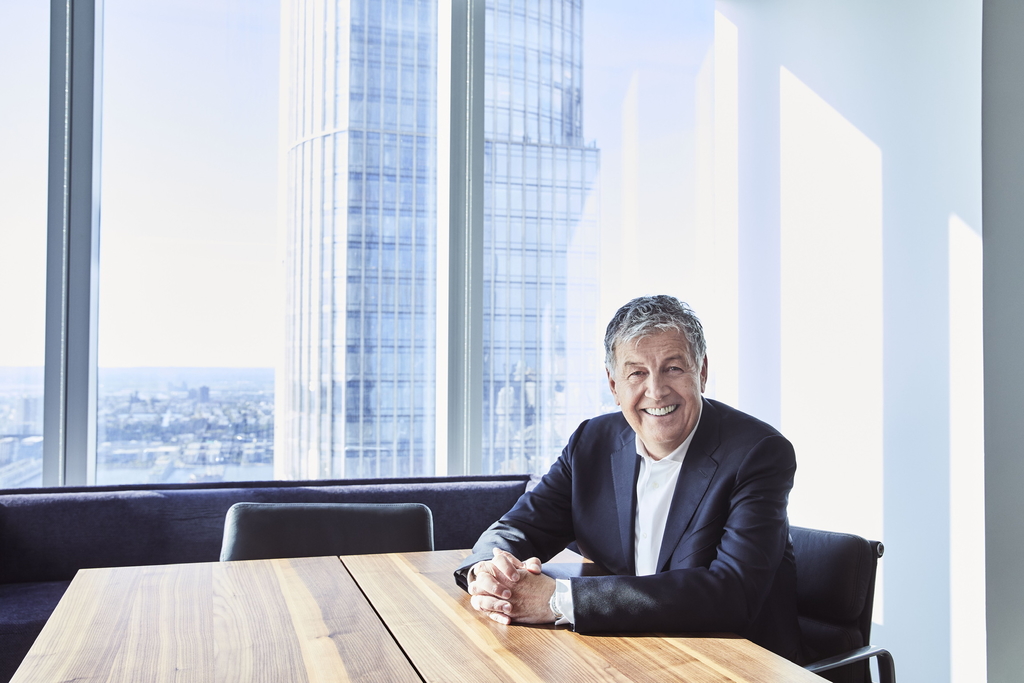 WarnerMedia’s ad sales leadership is in flux as the organization looks to rebuild the division to be better equipped for a more digital-focused future.

One of his first orders of business was to shake things up at the top. To this end, he decided to let go of Donna Speciale, who had served as president of ad sales since 2012, along with Frank Sgrizzi, exec VP of portfolio sales and client partnerships, and Dan Riess, head of advanced advertising and branded content. Both were at the company for more than two decades.

Zeiler, also oversees Turner’s international division, a role he has held since 2012, as well as affiliate sales. He is based out of Salzburg, Austria, but is in the New York office two weeks per month.

In his first interview since taking over ad sales, Zeiler sat down with Ad Age to discuss his plans for the organization, how he is aligning with AT&T’s ad unit Xandr and the ad model for WarnerMedia’s upcoming streaming service, HBO Max.

How are you thinking about WarnerMedia’s sales organization?

When I came in I had to make a decision, do I want to go forward with the ad sales team that I found, or change? I gave myself three months, talked a lot with people inside and outside the company, to agencies, and my sense was this is a very good team, but I believe we need a little bit of doing things differently. [There needs to be] a little more focus, a little more priorities and a little less silos. But this is normal when you have a leadership team in place quite long. And then I had to make the decision, do I stay with Donna, or no? And this is nothing personal, but my feeling was, I think it is time for a change and that’s what I did. There were a few other people who, even before I came in, wanted to retire. It was no secret Frank [Sgrizzi] wanted to retire. So it was very clear. We put the three leaders who are in place now in—Joe [Hogan] who is the face to the market, Kat [Cukaj] as the head of strategic planning and Amit [Chaturvedi] running the whole digital and product group—and I think that worked very well in these six months. We will start to see how I will want to organize this group in the long run. It will probably take me six to nine months to decide about that.

Are you looking for someone to fill the president role or are you thinking of changing up the structure completely?

That is exactly what I am evaluating. Both are still on the table. I am pretty much far along with knowing what I want, but it doesn’t make any sense talking about structure and people before it comes, everything is still possible.

You said the sales team needed to focus and prioritize, what is that focus?

The most important thing is to grow your advertising revenue. How can you do that in a universe where the foundation of your impact is going down because the pay-TV universe is shrinking? First is to increase your inventory reach. The second is to make our advertising so much more important for the clients with special targeting, data and attribution tools. No. 3 is how do we use our storytelling and creative abilities and tapping into different buckets of our clients' [budgets], because mostly that doesn’t come from media. It comes from other parts. And the fourth part, is to use the incredible relationships AT&T has with our clients in a completely different way, [like] on the enterprise side where they sell connectivity, they sell cyber security, they sell services, combine that with our reach in order to get additional revenues, not only for WarnerMedia, but also AT&T.

What’s the low-hanging fruit for 2020 where you can see some real change happening?

I think one of the things going forward for sure is to bring this relationship with Xandr and our side in a much more executable way when it comes to approaching clients together. There is money there. Some of our clients we think if we go together there will be additional revenue on the Xandr side, and there are Xandr clients, maybe smaller ones, which so far haven’t booked on national TV, which could make sense for us. That’s what I want the leadership to focus on.

Can you give an example of what it looks like for WarnerMedia and Xandr to go to market together?

[There are some brands] that want both—they want the reach and the targeting. So they could use addressable on DirecTV and the reach from us. Package that ... now you can come to us and do one buy … Both organizations were completely separate in their thinking. To think about combined revenues is the most important thing.

When do you expect to see this come to fruition?

This is a 2020 thing. In 2020 we have to prove to the market it makes sense to work with Xandr/WarnerMedia, otherwise we wouldn’t have decided on a combined upfront.

Do you foresee a time where the WarnerMedia ad sales and Xandr come under the same umbrella?

John Stankey [CEO of WarnerMedia] and Randall Stephenson [CEO of AT&T] will decide about the organization. What Brian [Lesser, CEO, Xandr] and I decided when we met the first time in March, is we have to do what’s best for the whole company regardless of what the organization is. We have, for example, installed an incentive plan for goals together for the fourth quarter of this year. Neither Brian nor I will decide what the final organization is. But we can organize things so both of our employees are incentivized to do the right thing for the company.

There are a lot of sports GRPs [gross ratings points] in the market. If you go to the agencies and ask if we need more sports GRPs, not everybody will shout yes. News side, probably a similar thing. Entertainment side, probably the answer will be we want more entertainment GRPs in the market. That’s an opening for HBO Max. I believe HBO Max on the advertising side if you look out five to 10 years will be a huge asset for us. So how will HBO Max be developed? What we for sure want are new ad innovations, new ad products. We also know for sure it won’t be a translation of TV—it has to be a completely different experience. It’s too early to say what kind of model we will do, but we will present something regarding the AVOD [ad-supported video on demand] in the upfront. That’s what I can say. I have a feeling which direction it goes, but it isn’t for me to announce that and it would be really too early. One thing is for sure, we won’t replicate the linear ad experience on the OTT. That would be really wrong.

Anything you are applying in the U.S. that you have seen on the international side?

I think what’s interesting, in a few markets, like Germany, addressable is even more established than in the U.S. That was one of the biggest surprises when I came in, which only shows me the future goes in that direction. Will that solve all the problems of the advertising industry, no. But it will be an additional offer. It will be more targeted advertising, which is something not every brand wants, but a lot do. It will allow us to monetize certain audiences that currently we can’t monetize because certain demographics the advertising industry doesn’t want to pay for.