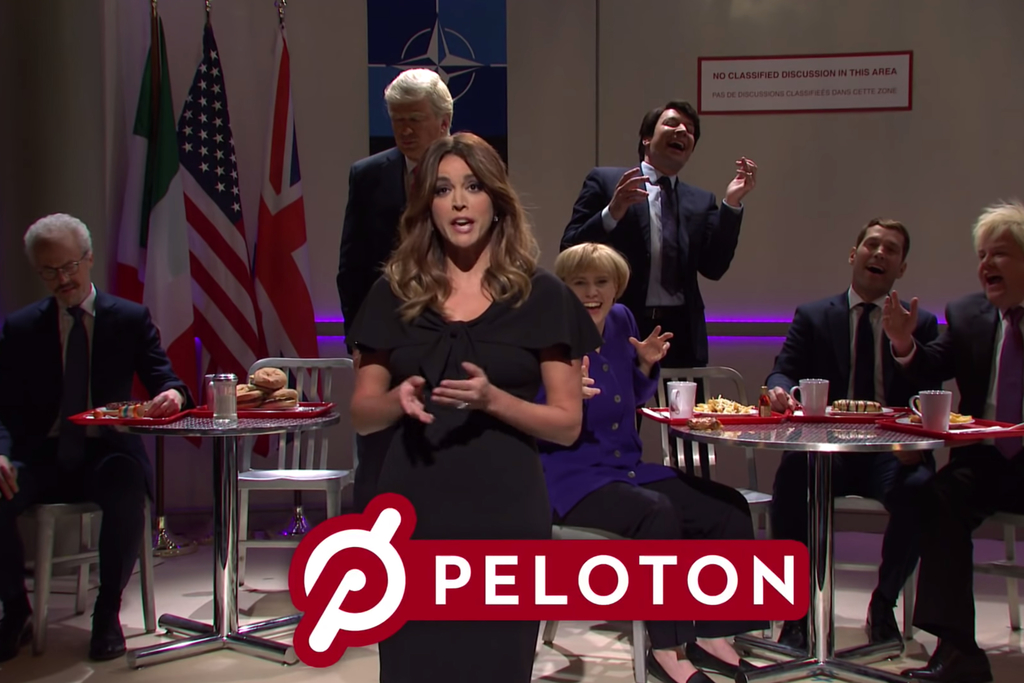 It was inevitable that both Peloton-related and Trump-related bits would end up on the weekend’s new episode of “Saturday Night Live.” The surprise is that the NBC sketch-comedy show found a way to combine them, in a cold-open segment (scroll down to watch it) focused on NATO, where the mean kids—Canadian Prime Minister Justin Trudeau (Jimmy Fallon), French President Emmanuel Macron (Paul Rudd) and U.K. Prime Minister Boris Johnson (James Corden)—make fun of President Trump (Alec Baldwin).

This goes down in the NATO cafeteria, where German Chancellor Angela Merkel (Kate McKinnon) is also on hand (she gets to sit at the cool-kids’ table while Trump doesn’t)—but it all turns out to be a PSA for Be Best, First Lady Melania Trump’s (actual) public-awareness project, which takes on, among other things, bullying. “Hello, I’m Melania Trump,” she (Cecily Strong) says, popping up out of nowhere near the end of the segment. “Bullying is a serious problem—especially against President Trump. It’s not nice. He would never do it to you. So please, European leaders: Be Best!”

But wait, there’s more: “And also, I’d like to tell you about Peloton,” the faux First Lady continues. “Are you scared woman who’s trapped inside a mansion? Why not imagine biking away from it all—on Peloton. Merry Christmas to me.”