Who should buy Univision? Right now the shortlist is … really short | Ad Age
Skip to main content
Sign In Register

Who should buy Univision? Right now the shortlist is … really short 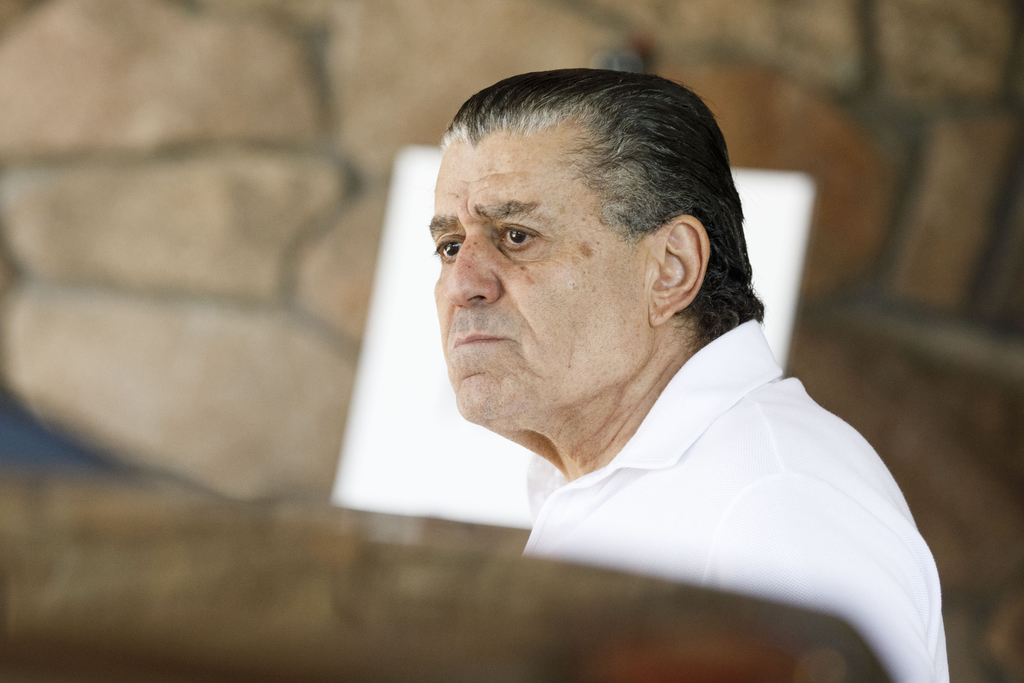 On the heels of Univision’s announcement that it may consider putting its TV, digital and radio assets on the block, one of the company’s lead investors will spend much of the week in Sun Valley chatting up potential buyers.

Univision backer Haim Saban, who along with a group of private equity investors purchased the Spanish-language media company in 2007 for $13.7 billion, arrived in the Idaho resort town yesterday for the annual Allen & Company confab, where he’ll look to drum up interest from the likes of Disney, Viacom and Discovery.

While Univision viewers represent one of the most sought-after American demographics—the U.S. Hispanic population last year grew to a record 59.9 million, and with a median age of 28 years, it is the nation’s youngest-skewing major ethnic group—the company is burdened by debt. In its first quarter 2019 earnings report, Univision reported that its long-term debt was $7.5 billion, a hangover from the leveraged buyout.

The company has been chipping away at that debt, paying off $547 million in 2018. (Ten years ago, its long-term debt stood at $10.2 billion.) The management of its debt load aside, Univision of late has tackled some significant housekeeping efforts, bailing on its fruitless $135 million investment in the Gizmodo Media Group (which it assembled when it acquired former Gawker Media assets) and replacing long-time CEO Randy Falco with LIN Television and Media General alum Vincent Sadusky. Falco retired in March, just one day after the company scrapped its planned initial public offering.

Should a buyer present itself, Saban and his fellow Univision backers—a clutch of private equity firms that includes Madison Dearborn Partners, Providence Equity Partners and Thomas H. Lee Partners—are unlikely to recoup their initial investment. For one thing, Univision no longer has a hegemonic stranglehold over the Spanish-language media landscape, as NBCUniversal’s Telemundo has closed the gap between it and the legacy powerhouse.

Four years ago, Univision controlled more than 70 percent of its target GRPs; Telemundo effectively has caught up in the demo race, as both it and its rival finished the 2018-19 TV season with a 0.4 rating in the dollar demo. That translates to around 530,000 adults 18-49; at the end of the 2014-15 campaign, Univision averaged 1.4 million members of the advertiser-coveted demo.

Among the media moguls Saban may look to buttonhole this week are Shari Redstone, vice chair of CBS Corp. and Viacom, and Discovery President and CEO David Zaslav. Redstone, naturally, will want to lock in the much-anticipated reunion between her two fiefdoms before making any major acquisitions, but CBS not too long ago is said to have shown some interest in the property. In 2014, about a year before it filed its IPO papers, Univision held exploratory meetings with the likes of CBS and Discovery. Its asking price was $20 billion.

Another media overlord who is said to have kicked the tires on Univision is Liberty Media’s John Malone. Univision reportedly rejected Malone’s 2017 bid, which valued the company between $13.5 billion and $15 billion. If analyst chatter is anything to go by, Saban and Co. should have taken Malone up on his offer; word around the investment campfire is that Univision is unlikely to command more than $12 billion this time around.

The Univision board has said it will not offer further insights into its sales prospects until after it has completed its internal review. In a statement issued on July 3, Vince Sadusky, CEO of Univision, said he believes the company’s “strategic value has never been greater,” before adding that its standing among Spanish-speaking consumers and the prevailing mania for consolidation make Univision a must-buy. “The current environment favors scale and cross-platform offerings, and we believe those major media companies that fail to recognize and capitalize on this unique opportunity in Spanish-language media will be left behind.”

On Tuesday, Televisa Co-CEO and Director Alfonso de Angoitia Noriega told investors that the company has “limited information” about the review. (Televisa has a 36 percent stake in Univision.) “In terms of the deal we have with the private equity firms that are our partners, we have tag-along rights, which means that we have the option to sell if we believe that it’s in the best interest of Televisa and its shareholders,” Noriega said. But it’s too early to say in the process. Let’s see, basically, what happens.”