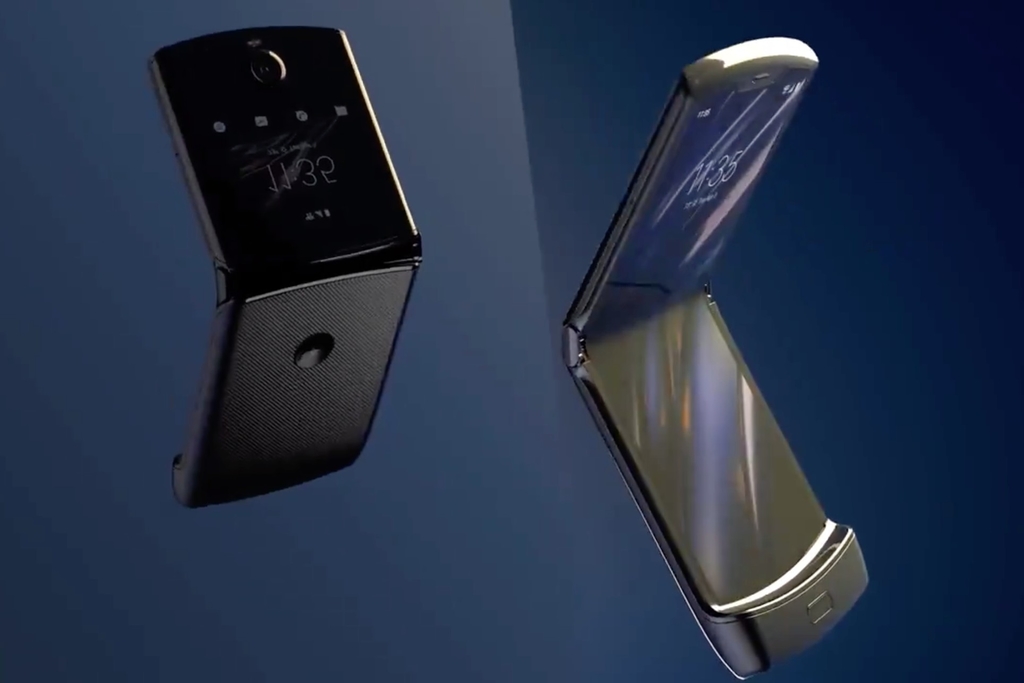 Razr’s edge
There’s a case to be made that the flip-phone years were the best years; you could get texts on your phone but not work emails (or Slack messages). Plus, they were just fun to snap shut. Motorola is capitalizing on the nostalgia for its Razr flip phone by reviving it as a foldable smartphone. The big drawback: It costs $1,499. If what you really want is an old-school version, there’s always eBay.

Super Bowl update
Fox, which will air the Feb. 2 Super Bowl, “is about 80 percent sold out of inventory, with the third quarter completely sold out, according to people familiar with negotiations,” Jeanine Poggi reports. Poggi's sources also say Fox is asking for over $5 million for 30 seconds of air time. Avocados From Mexico, Kia, Pop-Tarts and WeatherTech are running ads, and Jennifer Lopez and Shakira will perform during the Pepsi Super Bowl halftime. But we don’t have much more intel yet. Oh, there’s this: Lopez’s fiancé, Alex Rodriguez, recently told the “Today” show that she’s been rehearsing for weeks. “It’s been a dream of hers her whole life,” he said.

Instagram like counts
Facebook-owned Instagram has already run tests in a few countries to hide the number of likes that a post receives. Now it’s rolling out the test for a subset of users globally, TechCrunch reports. It’s a move designed to ease people’s anxiety about social media status and clout. TechCrunch adds:

“Hidden Like counts might reduce overall ad spend on Instagram if businesses feel it’s less important to rack up engagement and look popular. But it might also shift spend from influencer marketing that goes directly into the pockets of creators toward official Instagram ads, thereby earning the company more money.”

Critics, like Hill Holliday Chief Innovation Officer Mike Proulx, believe the move solves nothing. "Social media anxiety is a far bigger and more complex issue than any one superficial change could address," wrote Proulx in Ad Age this week.

Just briefly:
Happy holidays?: “TV spending on holiday-related messaging is down so far this holiday season, according to new data from Kantar,” Adrianne Pasquarelli writes in Ad Age. Retailers spent 14 percent less on holiday ads from Oct. 28 to Nov. 10 than they did a year earlier.

Apple news: “Apple signed on 200,000 subscribers to Apple News+ in its first 48 hours in March, but has been stuck in neutral since that time,” CNBC reports.

Podcast of the day: Yin Rani, the CEO of MilkPEP, the marketing organization for milk processors, talks to Ad Age’s Jessica Wohl about trying to make people love milk again in an almond-milk world. Fun fact: “Chocolate milk is the official recovery beverage of the USA Swimming Team,” Wohl notes. Who knew? Listen to the Marketer’s Brief podcast, and subscribe on iTunes or Spotify.

Catchphrase of the day: After “OK Boomer,” here’s another catchphrase being used by younguns to dismiss their elders. “Gen Z has taken to calling Gen X—once a mere bystander in the generational wars—the ‘Karen generation,’ as in Karen, the middle-aged white mom who is always asking for the manager and wondering why kids are so obsessed with their identities,” BuzzFeed News reports.

Ad of the day: In a new ad from France, kids capture Santa, “SWAT-team style, when he arrives on Christmas Eve,” Ad Age’s Alexandra Jardine writes. Created by Publicis Conseil and directed by Jeff Low via La Pac, it’s an ad for local telecom provider Orange’s connected home tech; the kids used connected tech to roll down the blinds and switch on the fireplace to make sure Santa can’t escape. Which is certainly one use for connected tech that we hadn't thought of.