Chain Gets Big-Time Buzz When 'House' Star Talks Up 'Ultimate Celebrity Perk'
READ THIS NEXT
Celebrating AAPI creative excellence
Worth its weight in free burgers
Credit:

CHICAGO (AdAge.com) -- Burger King got a deluge of publicity after the blogosphere picked up on a London Times interview with "House" star Hugh Laurie, who told the paper his celebrity perks include getting good tables and his "Burger King gold card." 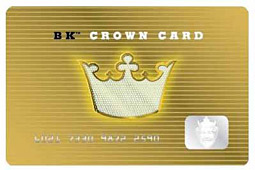 Worth its weight in free burgers
Mr. Laurie was referring to the prepaid, lifetime "crown card" bestowed on a few carefully selected celebrities such as Jay Leno, Jennifer Hudson, George Lucas and Robert Downey Jr. There's one hitch, however: He doesn't actually have one. Some people will do anything to get a free lunch.

Cherie Koster, senior manager of Burger King's "Pay It Your Way" program, said the chain is in the process of delivering Mr. Laurie the coveted card right now. And BK can well afford to do so, given the PR coup it reaped from the star's ploy.

"I've seen some clothes that I would love to have gracing my wardrobe," wrote Helen at Celebitchy, noting that celebrities get free stuff all the time. "But I have never been so envious as I am of Hugh Laurie's celebrity perk."

Edelman's work
The idea is, in fact, to make everyone envious, so score one for BK and the PR agency behind the crown-card stunt, Edelman. (Surprise, it wasn't Crispin Porter & Bogusky, the minds behind many of BK's big ideas, such as the Subservient Chicken and "Whopper Freakout.")

BK's celebrity gifts were first disseminated in 2006 as part of the relaunch of the chain's crown card. The product is available to the masses (but not free) and can be given as a gift, registered and managed online.

Ms. Koster said 11 celebs are cardholders. (Soon it will be 12.) "We started this program to really build awareness for and raise the profile of our gift-card program," she said. "We've been extremely thoughtful about who receives them for life."

Ms. Koster said the fast feeder looks for celebrities who are "good friends" of the brand and have a "long-standing relationship."

Jay Leno has been the most vocal about his card. After describing an incident in a McDonald's drive-thru during his program, Mr. Leno wrote in the London Times last summer that he received one of the coveted cards.

He described his first use of the card: "So I order my food, and the guy says, 'That's $11.' So I say: 'Fine, here you go,' and hand him the card. His reaction was amazing: 'Whoa ... where'd you get this?' He was not impressed that I was on 'The Tonight Show' or even that I was driving a Porsche Carrera GT. He was more impressed with this piece of plastic."

Loyal customers
Burger King gave a card to Jennifer Hudson, a former Burger King employee, as she rose to fame, and bestowed a card on Robert Downey Jr., who mentioned the fast feeder in interviews for "Iron Man." George Lucas got one for his love of the chain and his history of partnering with BK on his blockbuster movie releases.

The chain has also given cards to certain former employees and others who are considered "good friends" of the brand. One such person is Greg Garcia, who created "My Name is Earl" and worked at a Southern California Burger King during the writers strike to gather material. After writing about his experience in GQ magazine, Burger King sent a lifetime card and a box of branded materials to the show.

But none of these gifts have surpassed the PR value of Mr. Laurie's perhaps joking admission. "It was a little confounding to watch it take off the way it did," said Katie Boylan, VP-consumer brands at Edelman. Especially, she said, since the reports surrounding Mr. Laurie's card were inaccurate.

Ms. Koster put it a different way. "I think we get back to the brand and the strength and excitement behind the brand and our personality," she said. "Not only is it the ultimate celebrity perk, but everyone can go out and get one. It's everyday value, and it's the true 'Have It Your Way' promise."