Airbnb rents out a Barbie Dreamhouse in (of course) Malibu: Friday Wake-Up Call 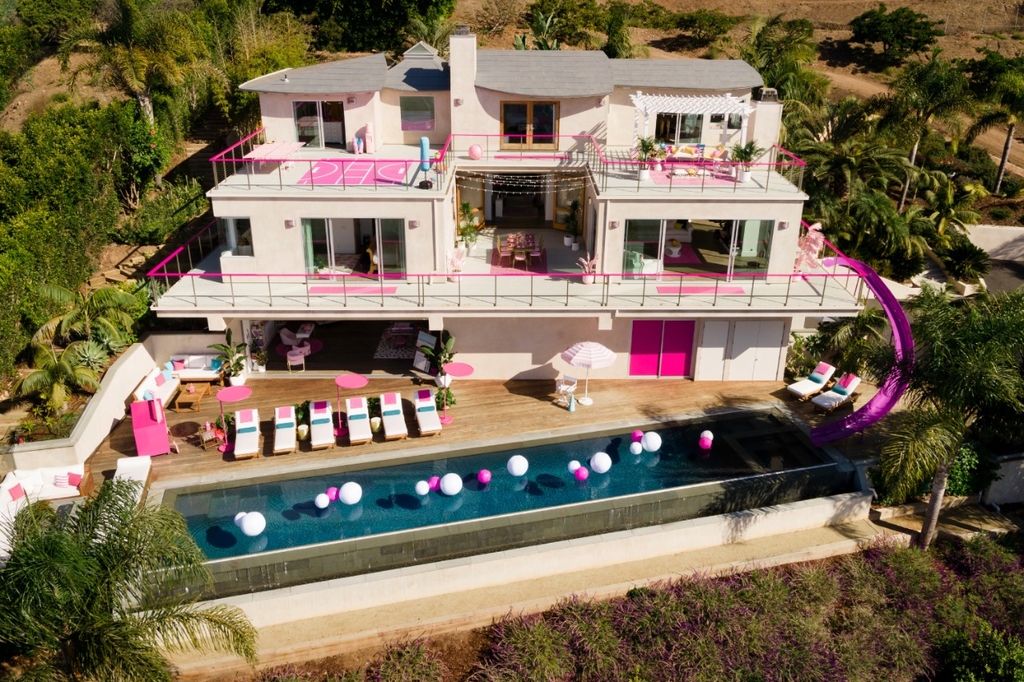 Barbie’s DreamAirbnb
Airbnb has offered stays in an Ikea showroom and in the Oscar Mayer Wienermobile. Now, in its latest co-branded stunt, it’s renting out a life-size version of Mattel’s toy dollhouse, the Barbie Malibu Dreamhouse, actually in Malibu. The decor is on-brand too, with pink cushions, pink carpets, even pink cooking pots. (You can probably get over it, though, and the infinity pool looks amazing.) The mansion is available for a two-night stay this month for $60 a night. Given a new report about the company’s finances, though, maybe Airbnb should be trying to make some real money from the stunt. Math is hard.

The Information reports that as Airbnb prepares to go public, it "boosted investment into sales and marketing to $367 million in the first three months of this year, a 58 percent increase from the same period last year.” All that spending on marketing led to a $306 million operating loss in the quarter, the report says. Trouble in paradise?

The ‘highly confidential’ trade secrets of brewskis
If you’re tired of the never-ending legal feud between Anheuser-Busch InBev and MillerCoors, skip ahead. If not, read E.J. Schultz’s report in Ad Age on the latest twist in the intrigue. He writes:

In a new court filing, AB InBev alleges that its competitor attempted to obtain trade secrets, including details on how Bud Light and Michelob Ultra are made, through illegal means. … The heavily redacted filing states that AB InBev considers the detailed brewing recipe specifications “to be highly confidential, proprietary, and trade secret information.”

The companies have been fighting since Bud Light ran ads during the Super Bowl that criticized Miller Lite and Coors Light for using corn syrup. MillerCoors retorts that the corn syrup is just a fermentation aide and doesn’t end up in the final product. And on and on it goes.

Facebook as the ‘Fifth Estate’
At Georgetown University, Facebook CEO Mark Zuckerberg gave a speech that seemed mindful of his legacy: He cast the company as a defender of free speech, called social media the “Fifth Estate” and invoked the names of civil rights icons including Martin Luther King Jr. He also defended a company policy on political ads that has been getting criticism. Bloomberg News reports:

Facebook CEO Mark Zuckerberg said the social network doesn’t fact-check political advertisements because it’s not the place of technology companies to become arbiters of truth. “I don’t think most people want to live in a world where you can only post things that tech companies judge to be 100 percent true,” Zuckerberg said.

King’s daughter, Bernice A. King, tweeted a response: “I'd like to help Facebook better understand the challenges #MLK faced from disinformation campaigns launched by politicians. These campaigns created an atmosphere for his assassination.”

Just briefly:
Bye: Juul Labs says it will “temporarily halt online sales of flavored e-cigarettes like mango, products the company had already stopped distributing to retail stores as public outrage mounted over the soaring rate of teenage vaping,” The New York Times reports. Not all the flavors are going away though; menthol and mint remain.

It’s an ad, folks: Amazon’s Holiday Toy List, a "curated" gifting guide, is actually an advertising vehicle, with sponsorships selling for as much as $2 million, Bloomberg News reports.

Apple News: “Apple is making changes to its news service, including a deal with Verizon to sell ads and new guidelines for publishers, as it tries to make the platform more accessible to marketers and media,” Ad Age’s Garett Sloane writes.

Score one for HBO Max: “The entire Studio Ghibli catalog, including award-winning and beloved animated titles like ‘My Neighbor Totoro,’ ‘Kiki’s Delivery Service’ and ‘Spirited Away,’ will stream exclusively on HBO Max beginning in 2020,” The Verge reports.

Meanwhile at NBC: “NBC’s decision to yank the flailing ‘Sunnyside’ from its primetime schedule is a reminder that Job One of ad-supported TV is to deliver commercial impressions,” Anthony Crupi writes in Ad Age.

Podcast of the day: Aleen Kuperman, co-founder and CEO at Betches Media, talks about how she explained her job to her uncomprehending parents. “They were like, ‘What’s a blog? How are you making money? What are you talking about?’” she tells Alfred Maskeroni and I-Hsien Sherwood on the latest edition of Ad Age’s “Ad Block” podcast. Subscribe on iTunes or Spotify.

Creativity pick of the day: KFC is selling subscriptions for chicken wings. The so-called “seasoned tickets” supposedly smell like fried chicken, and they give you 528 wings spread out over 10 weeks. As Ad Age’s Jessica Wohl writes, KFC offered up 500 of the $75 subscriptions on StubHub. And they sold out in under two hours.