Attached wholesale deal would allow Amazon to use T-Mobile’s wireless network for at least six years, according to a Reuters report
READ THIS NEXT
Twitter, YouTube step up misinformation crackdown, and TikTok viral paint star has a new job: Wednesday Wake-Up Call 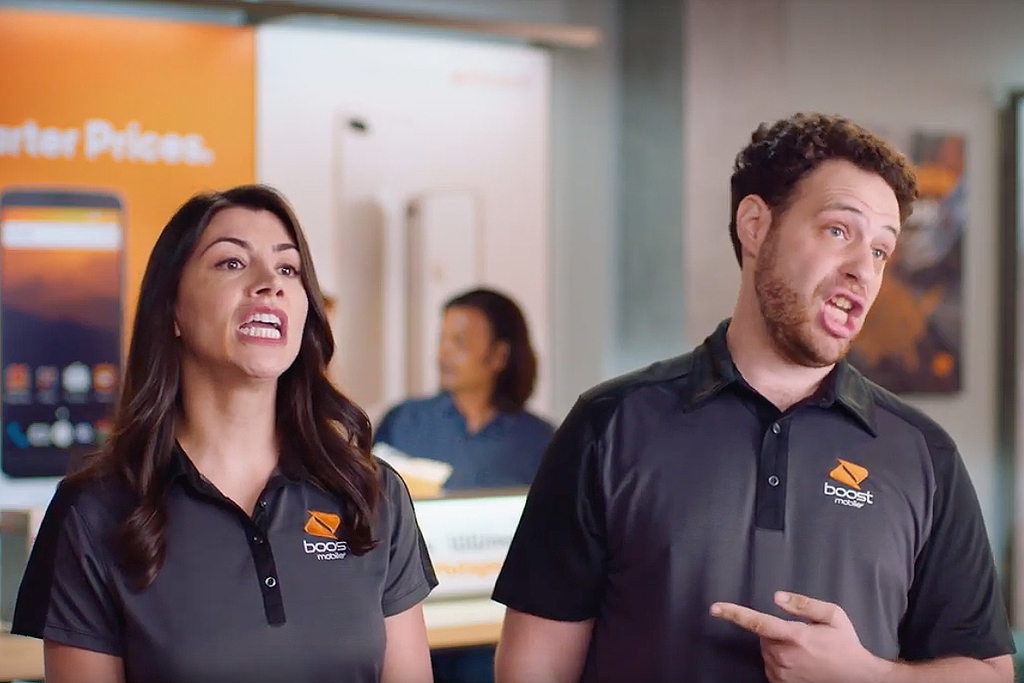 Amazon is considering buying Boost for an attached wholesale deal that would allow the buyer to use T-Mobile’s wireless network for at least six years, according to the report on Thursday. Amazon and Sprint declined to comment, and T-Mobile didn’t immediately respond to a request for comment.

Last week, Federal Communications Commission Chairman Ajit Pai said he’ll recommend that his agency approve the $26.5 billion merger of T-Mobile and Sprint on the condition that the companies sell Boost, build an advanced 5G network over three years, and pledge not to raise prices while the network is being constructed.

Boost may be attractive to acquirers because it has a long-term wholesale agreement that would provide access to T-Mobile and Sprint cellular networks at a relatively low cost. A new owner could, in theory, charge consumers a competitive monthly price for service and still make money. That’s more of an option as Wi-Fi networks have become increasingly common in homes and offices. This means cellular networks can be used less in reseller deals.

T-Mobile and Sprint are also considering the divestiture of some airwaves to win Justice Department approval of the deal, a proposal that’s already attracted interest from Comcast Corp. and Charter Communications Inc., people with knowledge of the matter told Bloomberg on Thursday.

Justice officials met Wednesday with Comcast and Charter over their possible interest in the airwaves and a potential role as a fourth wireless competitor, according to the people, who asked not to be identified because the talks are private.

Amazon would also be interested in any wireless spectrum that would be divested, Reuters reported.

Seattle-based Amazon’s growing range of high-tech businesses have touched on telecommunications before. The retailer has dabbled with its own wireless technology, and has long linked its line of Kindle e-readers to wireless networks operated by companies including Sprint and AT&T Inc. so customers can download books on the go. Earlier this year, filings revealed Amazon’s ambitions to launch thousands of satellites to enable broadband internet access around the world.

Amazon’s reported interest in the prepaid wireless brand would also align with recent moves to broaden the value of its offerings to lower-income shoppers. Analysts say the company’s Prime members tend to be wealthier, particularly compared with shoppers loyal to Walmart Inc. Amazon and its Bentonville, Arkansas-based rival were both tapped this year to participate in a pilot program to accept U.S. government food assistance for online orders in New York State.