Trump’s response to the pandemic has put corporate chiefs in an uncomfortable position, politicizing mask-wearing policies for staffers and customers
READ THIS NEXT
MDC's second quarter revenue plunges and a housing crisis brews: Friday Wake-Up Call 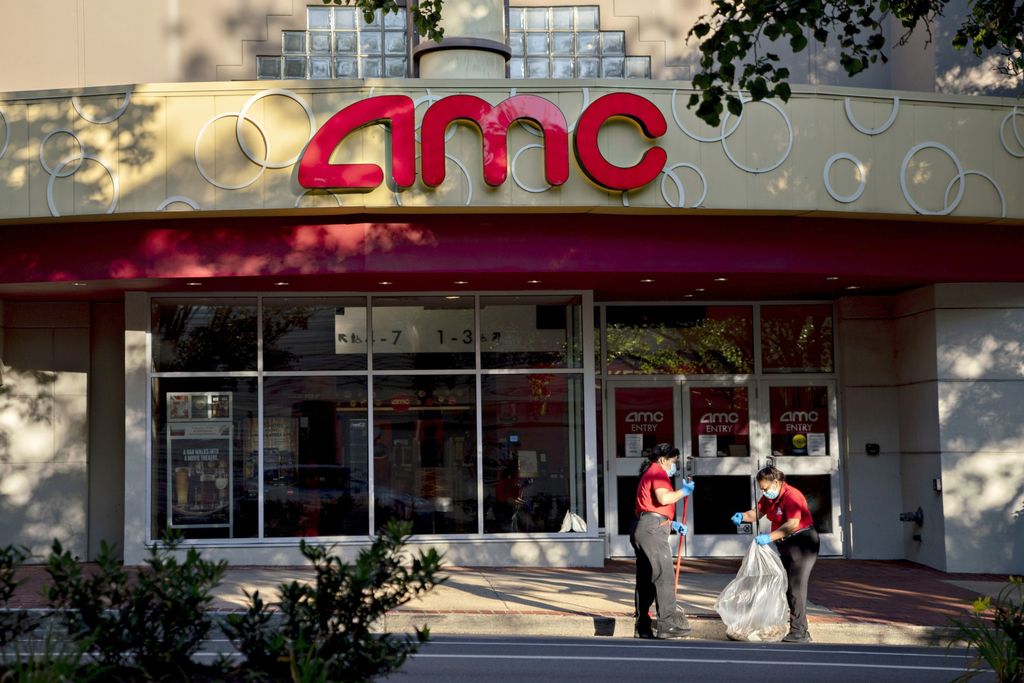 AMC Entertainment Holdings Inc., facing outrage from customers over its mask policy, backpedaled and will require guests to wear face coverings when its theaters reopen next month.

“With the full support of our scientific advisers, we are reversing course,” Chief Executive Officer Adam Aron said in a statement Friday. “As we reopen theaters, we now will require that all AMC guests nationwide wear masks as they enter and enjoy movies.”

Aron said he received “intense and immediate outcry” from customers after the optional-mask policy was announced on Thursday. Guests can either bring their own masks or buy ones from the theater chain for $1, Aron said.

“Those who are unwilling to wear a mask will not be admitted or allowed to stay,” he said.

The sudden shift is the latest in a series of nettlesome decisions for U.S. companies caught between public-health advice—that masks help to stem the spread of the coronavirus—and rhetoric from President Donald Trump and many of his supporters. The president has suggested that people who wear masks are doing so to express opposition to him.

Aron had defended the previous policy in an interview Thursday with the entertainment publication Variety. “We did not want to be drawn into a political controversy,” he said. “We thought it might be counterproductive if we forced mask wearing on those people who believe strongly that it is not necessary.”

Alamo Drafthouse Cinema, a popular midsize theater chain, said it will require customers to wear masks when its cinemas reopen. The chain’s policy announcement on Friday seemed to be a direct response to Aron’s comments.

“When we open, the safety of our guests cannot be compromised. This is not political,” Alamo Drafthouse said in a tweet. “We will require that guests wear masks at the theater (except when eating/drinking).”

The Austin, Texas-based chain said it will provide masks to customers who don’t have them.

Almost all large U.S. theater companies have said they’ll be open by the end of next month, in time for Walt Disney Co.’s “Mulan” premiere on July 24. They are all taking measures to boost cleaning, and will cap ticket sales to ensure moviegoers can sit farther apart.

The politics of health and safety

The coronavirus pandemic, and President Donald Trump’s response to it, have put corporate chiefs in an uncomfortable position: Deciding on mask-wearing policies for staffers and customers has become seen as a political choice.

American Airlines Group Inc. on Thursday removed conservative activist Brandon Straka from a flight because he wouldn’t wear a mask, banning him from future flights until face coverings are no longer required. Straka leads the #WalkAway movement of former Democrats now supporting Trump, who has at times mocked rivals for wearing masks and generally declines to sport one in public himself.

AMC had waded into the same hot water Thursday, when Aron defended the movie-theater chain’s decision not to require patrons to wear masks when its cinemas reopen next month.

“We did not want to be drawn into a political controversy,” Aron told Variety. “We thought it might be counterproductive if we forced mask wearing on those people who believe strongly that it is not necessary.”

The kerfuffle didn’t weigh on AMC’s shares, which got a boost from enthusiasm about the company’s reopening plans. The stock, which has dropped 22 percent this year, was up as much as 11 percent in New York trading Friday. American shares rose about 2 percent.

Each company took flak on Twitter over its decision, from opposite directions. “If masks are optional at AMC theaters, I’ll have to cancel my membership,” one member of the chain’s loyalty program tweeted. A supporter of Straka posted a list of past pandemics in which masks weren’t generally worn, saying they’re being pushed now “for fear and panic.”

The Trump administration’s own official health guidelines encourage wearing a mask whenever a person is within 6 feet of others, as facial coverings reduce the spread of respiratory droplets that carry the coronavirus. Yet, what seems like simple medical advice runs up against the kind of strong beliefs Aron cited, at a fraught political moment for the U.S.

The controversy shows no signs of diminishing as positions on either side harden. Several municipal and county officials requiring masks in their localities are at odds with Republican state governors. Meanwhile, California Governor Gavin Newsom, a Democrat, on Thursday issued new guidelines requiring masks in most public situations.