Plus, 72andSunny pops a PBR and Olive Garden wants you to say it with gluten this Valentine's Day 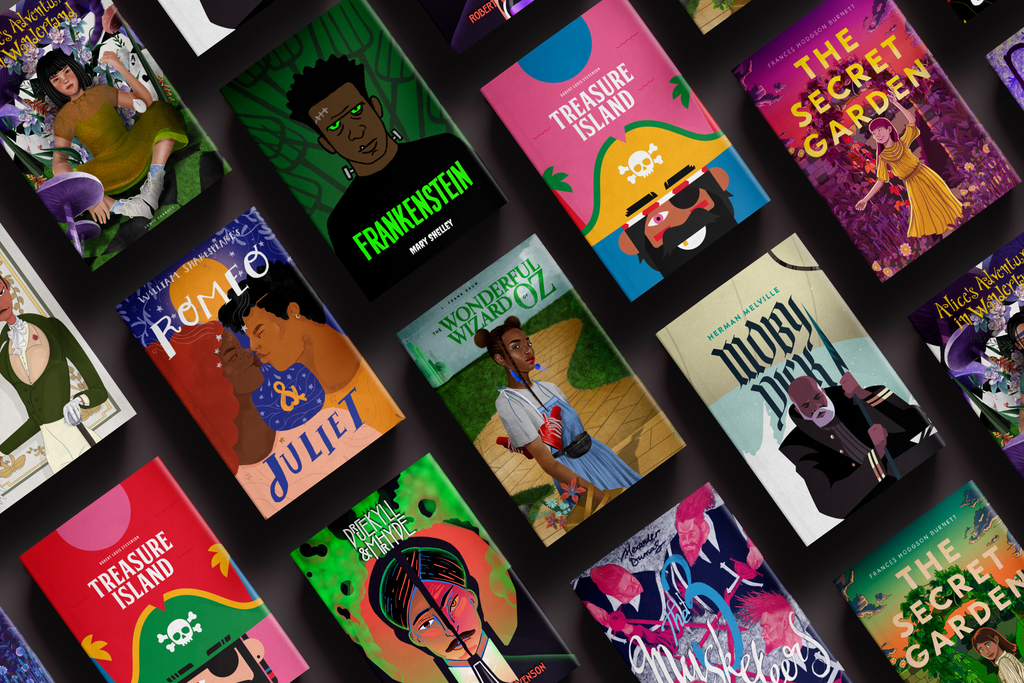 Bookseller Barnes & Noble has dropped a planned promotion for Black History Month "following social media backlash accusing the company of 'literary blackface,'" writes I-Hsien Sherwood. The push aimed to reimagine covers of a dozen classic books written primarily by white authors with images of people of color. The so-called "Diverse Editions" were published by Penguin Random House as part of a campaign from TBWA/Chiat/Day New York. But the effort met with controversy when critics charged that the project missed the point of elevating people of color. Detractors said the effort "divorces the images of the characters from the context of the books," writes Sherwood, and critics contended that Barnes & Noble "could have chosen to feature classic literature by authors of color rather than print new editions of books that are already commonplace."

Agencies with Chinese offices and holding companies doing businesses in China are restricting or canceling travel in response to the coronavirus, Ethan Jakob Craft and Lindsay Rittenhouse report. Interpublic Group of Cos. has imposed a company-wide travel ban to China and Hong Kong, while Dentsu is discouraging “non-essential travel.” Some shops in the market, such as Anomaly Shanghai, are extending the Chinese New Year holidays until February 9. S4 Capital says its employees “who were outside of China during the [outbreak] have been temporarily relocated to other offices in the region like Singapore and Tokyo,” and "our Chinese colleagues who were in their hometowns during the break, have stayed there to work remotely to minimize travel and chance of infection." Travel would be tough at any rate since major airlines including American, Delta and Hong Kong’s Cathay Pacific have reduced or canceled service to destinations across mainland China. In addition, LG Electronics and China’s ZTE are passing on Mobile World Congress, which begins February 24 in Barcelona, citing outbreak-linked hygiene concerns.

Mobile ad blocking is on the rise around the world, according to PageFair, which is regarded as an authority on the subject. In the new report, the company’s first since 2017, PageFair attributes the upswing to browsers offering ad blocking as a feature to lure users away from market leader Google Chrome. On a global basis, mobile ad blocking has overtaken desktop, and in the U.S., it jumped significantly from 1 percent in 2016 to 5 percent last year. That figure is expected to double to 10 percent in the near future, according to the report.

Facebook will stop delivering ads to the mobile web, according to Digiday, which says the Facebook Audience Network will no longer connect to mobile websites on browsers like Safari and Chrome. Facebook has instead decided to focus on serving ads in apps and other formats, the company said, though the shift is likely to have been precipitated by new privacy rules that are affecting a number of advertising technology companies. Apple and Google are restricting online tracking of consumers, making it harder to target ads through the open web.

Pabst Blue Ribbon tapped 72andSunny Los Angeles as lead creative shop for the 175-year old brew. The move puts the agency back in the beer business after declining to defend its Coors Light account in a review last year, writes Lindsay Rittenhouse. While PBR is an iconic brew, it spends a lot less than Coors Light, which doles out $184 million on measured media annually, according to data from the Ad Age Datacenter. Kantar estimates that PBR spent only $37,000 on measured media in the U.S. in 2018 and $125,000 from January to September of last year.

Publicis Groupe has reported net revenue up 9.3 percent for its 2019 full year results, at 9,800 million euros, reflecting the impact of its Epsilon acquisition. However, organic growth was down by 2.3 percent and by 4.5 percent in the fourth quarter. Publicis said the latter reflected budget cuts by some clients in traditional advertising, as well as the performance of its media business and the repositioning of Publicis Sapient in the U.S., which it said was having a "negative impact on short-term growth."

From the no-publicity-is-bad-publicity file: Peloton, which was lambasted on social media and by late-night comics for its holiday commercial portraying a fit woman riding (and riding, and riding) a pricey Peloton gifted by her husband, posted stellar second-quarter earnings yesterday. Revenue rose 77 percent over the year-earlier period to $466.3 million, reports Adrianne Pasquarelli, and company executives cited the “holiday bike campaign” as reaching a “wide audience of potential buyers.”

Be my valentine: The lovers’ holiday is only a week or so away and marketers are ginning up the gimmicks. Olive Garden is offering a breadstick bouquet for those who want to say it with gluten. And White Castle is again offering a “sit-down dinner, complete with hostess seating and tableside service in a festively decorated dining room,” the company says. Coors Light, meanwhile is taking a more meaningful approach, offering to pay $100 of the fee for the first 1,000 people who adopt a dog before February 21.

Direct mail fail: A Twinsburg, Ohio couple received 55,000 copies of the same college tuition bill from the College Avenue Student Loan Co., writes Gizmodo, which estimates the delivery cost to the company $9,000. In case you’re wondering, that’s 79 trays of mail. “It’s a lot for one person, but if we get it, we deliver it,” a U.S. Postal Service representative told Gizmodo.

Apple Pay: Apple co-Founder Steve Wozniak is pulling in a salary of $50 a week after taxes, reports 9to5Mac. “It’s small, but it’s out of loyalty, because what could I do that’s more important in my life?’” he said, according to the report. “Nobody’s going to fire me.” Presumably, his check is not sent via U.S. mail.

That does it for today’s Wake-Up Call—thanks for reading. For more industry news and insight, follow us on Twitter: @adage.