Plus, a sobering WWF report says two thirds of the planet's wildlife has been destroyed
READ THIS NEXT
What retail marketers are prioritizing for the post-pandemic era 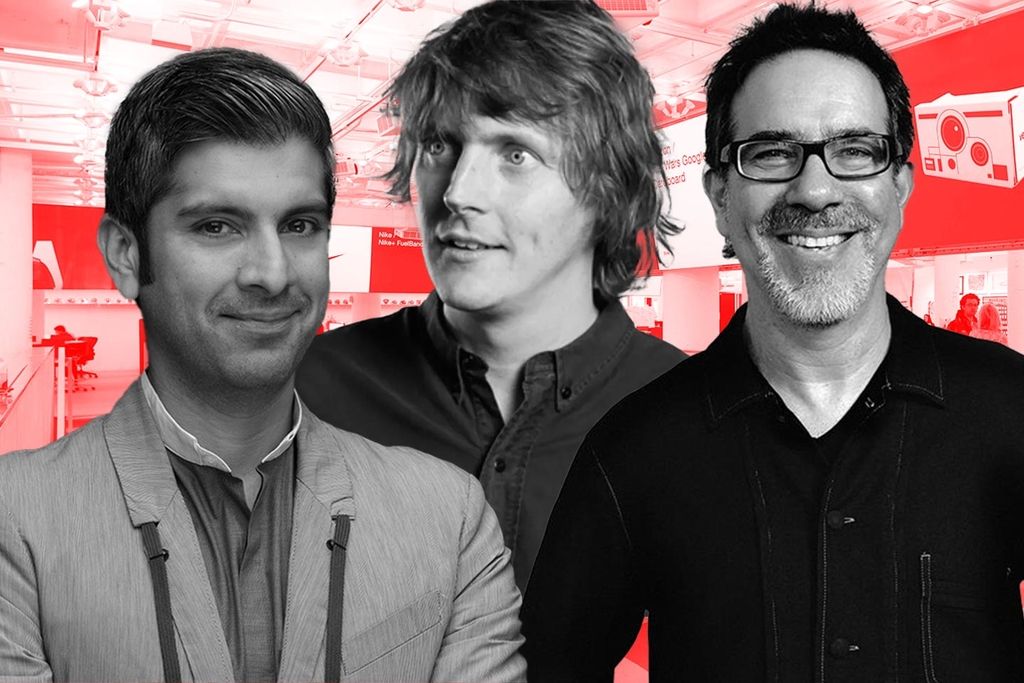 Tale as old as time

“People close to the matter say the startup has been negotiating with rival WPP Group to back the new shop. It could not be learned whether Wacksman and his group also pitched their new agency to IPG," she reports.

It’s almost a tradition for a triptych of high-level agency folks to spin off on their own. One creative, one strategist and one account manager do an agency make. CCO Nils Leonard, CEO Lucy Jameson and MD Natalie Graeme left Grey London in 2016, eventually forming U.K. agency Uncommon. And Krystle Loyland, Seth Gaffney and Rob Baird left Mother to move to Austin and found Preacher.

R/GA itself has had some trouble finding its feet since CEO and founder Bob Greenberg stepped back in 2018.

You spin me round

Peloton users made the most of quarantine life, and the home exercise brand’s stock price has tripled this year while fitness buffs were barred from gyms. But that success has rivals looking to catch up.

“While last year, Peloton was the only marketer breaking ads between May and September, this summer has seen the likes of Bowflex, NordicTrack and Mirror—the home fitness startup recently acquired by Lululemon—as well as Peloton promote new TV ads,” writes Ad Age’s Adrianne Pasquarelli.

With no end in sight to the pandemic and many offices closed or operating at partial capacity for the foreseeable future, the fitness craze is likely to continue unabated. Equipment is expensive, but payments plans are replacing gym memberships, and products with a lower price point are hitting the market.

Over the last 50 years, humans have caused the destruction of more than two-thirds of the animal life on the planet, according to a new report from the World Wildlife Fund. Besides declines in populations of charismatic megafauna, including the WWF’s own mascot, the giant panda, smaller animals, fish, birds and amphibians are dying due to habitat loss, deforestation and overfishing.

The report points out that it’s not just nature lovers who should be concerned. COVID-19 likely emerged from animal populations displaced and hunted by nearby humans. The climate change killing the polar bears has turned California into a tinder box.

There is hope, though, the WWF concludes. Transitioning to a carbon neutral economy can reverse losses in biodiversity, but that will require fundamental changes to food production, manufacturing, supply chains, energy generation and ocean management. The question is whether consumers and brands have the stomach for it.

And iHeartMedia announced 18 podcasts as part of the Black Effect Podcast Network, a partnership with Charlamagne tha God. Pepsi will be the network’s first sponsor. As for Oprah, she’ll have a new podcast with Stitcher in the fall.

Burger King’s “Moldy Whopper,” a grotesque showcase of the natural (and very biodegradable) ingredients in the fast feeder’s signature sandwich, won a Black Pencil at the D&AD Awards in London.

“In addition to the Black Pencil, Burger King was the top ranked client of the year at D&AD, ahead of Apple, while the agencies that created Moldy Burger were also honored—David Miami as the top-ranked advertising agency of the year and INGO and Publicis Bucharest jointly in third place, behind Dentsu Tokyo,” writes Ad Age’s Alexandra Jardine.

Three other Black Pencils went to FCB Six’s “Go Back to Africa,” a reclaiming of the racist slogan for a continent-spanning tourism campaign aimed at the Black diaspora; the bulletproof “Gun Violence History Book” from FCB Chicago; and Family Type’s “Universal Sans” customizable typeface.

Homeward bound: After leaving Twitch a year ago for the greener pastures of Microsoft’s Mixer, pro-gamer and streamer Ninja is back on Amazon’s platform, after Mixer shut down this summer. Though he talked with Facebook Gaming, which also offers access to Instagram Live streaming, he settled on the site that launched his career a decade ago, and where he still has 15 million followers.

And another one gone: Century 21 (the clothing retailer, not the real estate broker) is closing its 13 stores after filing for bankruptcy. While not as consequential a shuttering as larger chains like J.C. Penney and J. Crew, it’s due to a refusal of payment by insurance companies, Century 21 said. Pandemics, insurers argue, aren’t covered. Should’ve bought the plague rider.

It stinks!: Jon Lovitz, best known for playing somewhat-loveable grumps, is hating on puppies in a new spot for dog toy maker Playology by BigEyedWish. They get all the good stuff he says, so older dogs, like his own 9-year-old pet, get ignored. Fortunately, the brand has chew toys made specifically for puppers that are all grown up.