The automaker joins Mercedes-Benz and Audi in going virtual after the spread of coronavirus forced the cancellation of the showcase event in Switzerland
READ THIS NEXT
Facebook considers banning political ads in the lead-up to the U.S. election 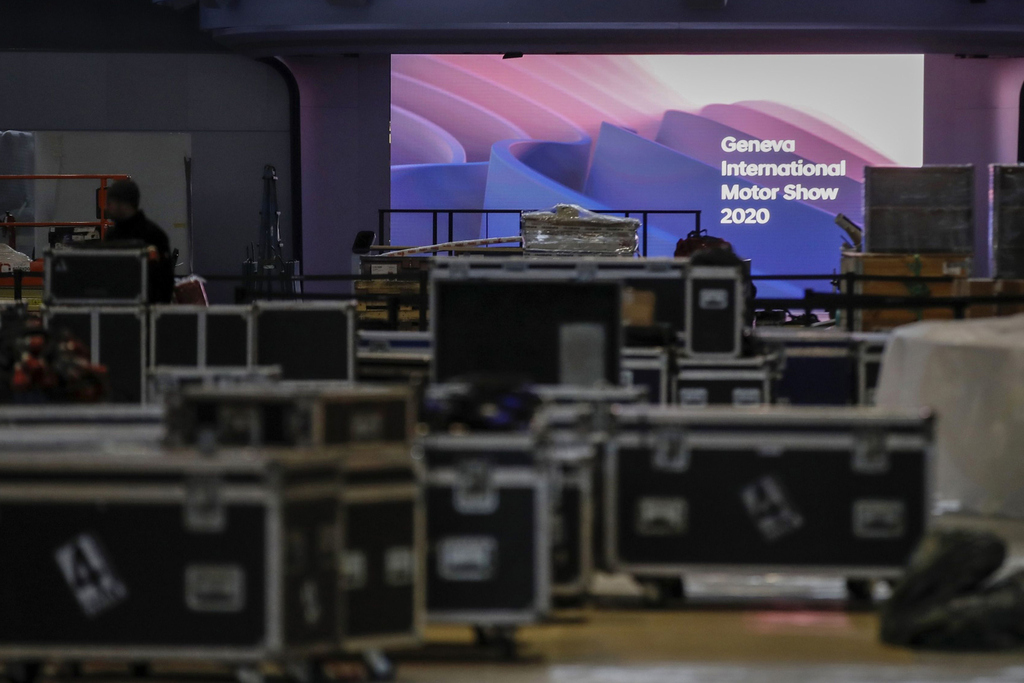 With the annual Geneva car show canceled for the first time since the World War II era, automakers are forced to go virtual.

With the annual Geneva car show canceled for the first time since the World War II era, automakers are going virtual in a bid to wow the hordes who would otherwise descend on the Swiss city to get a closer look at the latest models.

BMW will livestream the debut of its i4 battery-car concept on Tuesday, while Mercedes-Benz’s popular E-Class sedan and Audi’s A3 sportback and all-electric E-Tron S will also be touted in digital displays.

Even as manufacturers have been pulling back from auto shows in recent years, the gatherings still attract media, suppliers and aficionados eager to run their hands over the latest upholstery trend or settle in behind the wheels of new vehicles.

Audi parent Volkswagen used last year’s Frankfurt event to unveil its ID.3 electric car, and to spread the message that the world’s largest auto manufacturer was moving on after the diesel-cheating crisis and honing its image as a leader in the transition to battery powered-cars.

The Geneva showcase, which was scheduled to start this week, was called off due to the rapid spread of the coronavirus in Europe. Carmakers were forced into contingency planning, with online events emerging as a way to salvage part of their marketing efforts. Scrapping the show will cost a few million euros, PSA Chief Executive Officer Carlos Tavares said in an LCI television interview Sunday, adding that the company’s Citroen brand amplified its DS9 launch on social media.

BMW was aiming to make a big splash for its i4, a car meant to help reassert the German company’s momentum in electric vehicles. The group is sticking to the same program on Tuesday, albeit with a “digital press conference” by Chief Executive Officer Oliver Zipse, who will speak from BMW’s Munich headquarters.

Even before being canceled, the Geneva show—a luxury-car expo that’s typically dominated by glitzy rides from the likes of Ferrari NV, Porsche and Mercedes’s AMG unit—was in danger of being overshadowed by industry woes.

The virus outbreak, which has depressed car sales in China and disrupted supplier lines, adds to the challenges. Trade wars and tariffs, and an economic slowdown sent sales into a tailspin last year in China, the world’s largest auto market and a key country for exports for the three big German manufacturers.

At home, European automakers are saddled with tough emissions rules that have forced them to speed up the expensive roll-out of new electric vehicles. Then there’s the lingering tension with the U.S. over trade policy that could bring additional tariffs.

“The state of the global economy and the situation of the auto industry are marked by high risks,” Ferdinand Dudenhoeffer, a researcher at the University of St. Gallen, Switzerland, said before the auto show was called off.

Analysts have started to factor in the impact from the latest shock. RBC Capital Markets expects European auto production to drop as much as 4 percent this year, while LMC Automotive analysts have penciled in as much as a 4.4 percent global decline in auto sales in a worst-case scenario. The German auto industry’s demand index plunged in February, according to the Ifo institute.

The broader uncertainties have made it even more crucial for automakers to cut through the gloom and entice potential car buyers.

Polestar, the luxury electric-car venture of Volvo Cars and its Chinese owner Geely Group, last week held a live video-conference to draw attention to its Precept concept vehicle, in what was billed as a sneak preview ahead of Geneva. The move generated media attention ahead of the formal event planned for Tuesday, when Polestar would likely have been crowded out by bigger carmakers such as BMW and Daimler.

BMW’s i4, targeted for release in 2021, is built on a new platform that can underpin electric cars, hybrids or combustion vehicles. The flexible architecture will be used to make a battery version of the popular X3 SUV this year, as well as the futuristic iNext. It gives BMW a weapon to fight back against Tesla Inc. after the U.S. upstart ate into its market share.

Audi’s E-tron S similarly is aimed at scaling up the VW premium unit’s Tesla-fighting capabilities as Elon Musk prepares to open a gigafactory near Berlin. The Mercedes-Benz E-Class is a critical model for the carmaker in terms of global sales volumes and revenue per vehicle.

Manufacturers scouring their books for ways to cut costs and better target marketing had already scaled back spending on Geneva and other industry events, which have subsequently lost some of their allure.

This year at Geneva, for example, VW had done away with hosting an evening reception it traditionally used to kick off the media days preceding the opening of the trade fair to the public. This pressure is unlikely to ease anytime soon.

“The current economic weakness in important markets amplifies the cost pressure and the trend toward consolidation,” said Stefan Bratzel, a researcher at the Center of Automotive Management near Cologne, Germany.