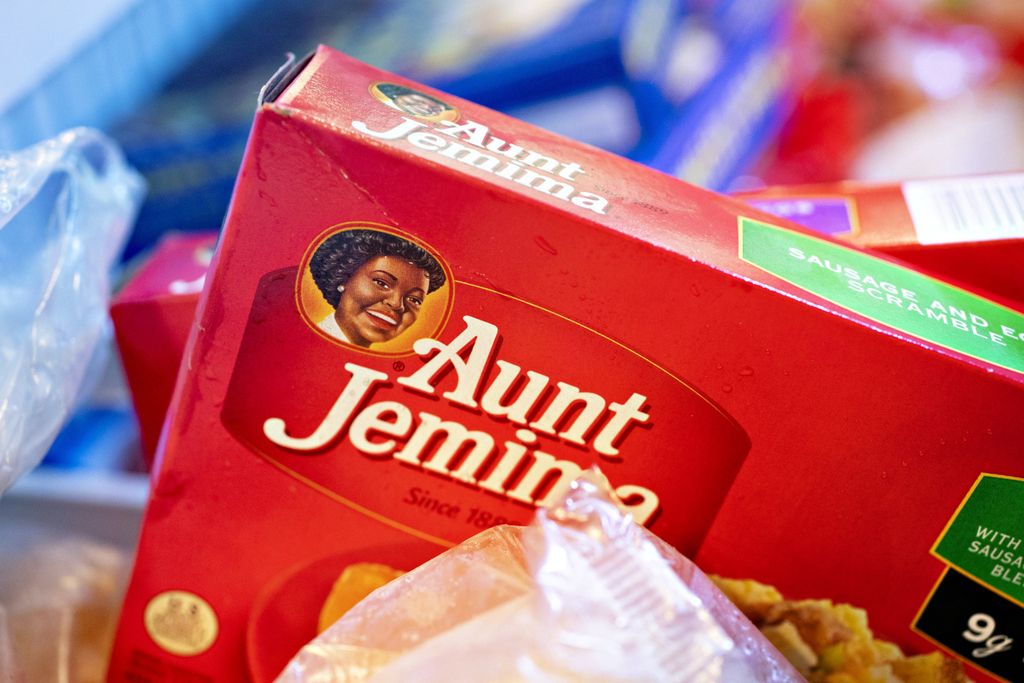 Last month, Cream of Wheat, Aunt Jemima, Mrs. Butterworth's and Uncle Ben's announced brand reviews after finding themselves in the spotlight amid the growing racial justice movement. The moves come months after Land O'Lakes began removing the image of a Native American woman from its packaging.

Customers, however, are sharply divided on the issue along racial, age, gender, geographic and political lines, according to the latest Ad Age-The Harris Poll, conducted among almost 2,000 consumers—894 men and 1,068 women—nationwide.

Younger generations want more change. Fifty-two percent of 18-to-34-year-olds believe the image on Aunt Jemima products should be replaced, compared with 47 percent of 35-to-49-year-olds, 32 percent of 50-to-64-year-olds and 33 percent of those 65 and older.

"An absolute disgrace and truly disgusting!" said an 18-year-old white woman from Florida. "America is one of the worst places for racism and it's terrible that people of color have to live this way. But white people don't want to hear about racism? It's a shame."

More men than women believe these products should be rebranded. Just 19 percent of women believe Cream of Wheat packaging perpetuates a damaging racial stereotype, compared with 32 percent of men.

"Aunt Jemima for one is not in any way an insult to anyone," said a 65-year-old New Jersey woman. "It is just a great brand name that is an institution. This goes for other branding." And from a 61-year-old Indiana woman: "Aunt Jemima, Uncle Ben's, etc., are brands that have been around forever [and] for me just a brand name and had no more meaning than that."

Eighty-one percent of women regard Cream of Wheat as a well-known and trusted brand that would be throwing away equity built up over the years by rebranding, compared with 68 percent of men.

In some cases, women feel more strongly about the need to replace existing imagery. Forty-one percent of women believe Aunt Jemima should change the image on its packaging, compared with only 32 percent of men.

Republicans think it's less important for companies to rebrand. Eighty-two percent of Republicans strongly/somewhat agree that the brands are fine and that they are being too politically correct, compared with 56 percent of Democrats.

"All this is getting out of hand and people need to stop already," said a 40-year-old woman from California, whose political affiliation was not given, echoing the sentiment.

Several Black respondents said rebranding is only a start.

"Get rid of racially insensitive images, but recognize that it's not enough," said a 35-year-old Black woman from Virginia. "More needs to be done, such as ensuring Black people have leadership positions in your company, including positions in the C-suite."

Will Johnson, CEO of The The Harris Poll, outlined the opportunity for brands:

"It is clear from the data that CPG companies need to listen most to communities whose likeness are being portrayed by these brands, he said. "Most African-Americans—and two-thirds of Black women—say Aunt Jemima is perpetuating a damaging racial stereotype, and almost half put Uncle Ben's, Mrs. Butterworth, Cream of Wheat and Chiquita Banana in this same category."

The Ad Age-The Harris Poll asked consumers' opinions about brand names and imagery perpetuating racial stereotypes, whether names and imagery should be changed and whether brands would be missed if discontinued. Some respondents also had messages for companies both using such imagery as well as those planning to change it.

The poll also found that:

City dwellers favor changes to brand images more than 2-to-1 over rural residents. Fifty-six percent percent of urbanites, for instance, say Aunt Jemima should replace the image on its products, compared with 26 percent of rural residents.

Three-quarters of all racial groups say they'd continue buying these products under a new brand name. Sixty-six percent of white people would miss Aunt Jemima, compared to 54 percent of African-Americans and 72 percent of Hispanics.

"Brands should also take guidance from other products that have successfully rebranded after they were called out for perpetuating damaging racial stereotypes—such as Frito Bandito," Johnson says. "Aunt Jemima, under a new name and/or image, would, too, based on this poll."

Brands hoping to gain customer support by eliminating racial stereotypes from packaging might be surprised by this poll finding: Some consumers who support brand refreshes also think brands are being too politically correct.

The breakdown by race:

One respondent, a 66-year-old Black man from North Carolina, had his own suggestion for brands.

"Aunt Jemima pancake syrup and mix and Uncle Ben's rice, a lot of us grew up with these brands and enjoyed them very much," he said. "So don't change a thing."

No consensus on removing racial stereotypes from packaging

Consumers are divided by race, gender, age, income, and politics

Numbers reflect percentage of consumers in each demographic (gender, race, etc.) who endorse rebranding, believe brands are perpetuating damaging racial stereotypes and who would miss certain brands if discontinued.