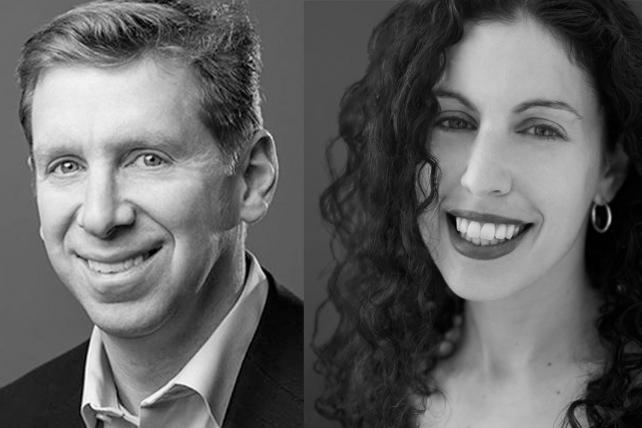 Comscore departures
Comscore's top two executives have abruptly left the media measurement company, report Ad Age's Jack Neff and Jeannine Poggi. Bryan Wiener, who became CEO of Comscore last April, has stepped down along with President Sarah Hofstetter, who joined in October. In a statement to Ad Age, Wiener cited "irreconcilable differences" with the board, while Hofstetter also cited differences with the board over executing strategy.

Wiener's departure marks the third CEO Comscore has lost in three years, the report points out, and follows several years of internal challenges, including accounting irregularities and management shakeups. During their brief tenure, Comscore attempted to reposition itself as a competitor to Nielsen, which has long been the go-to standard for TV measurement.

A different kind of Whopper

While it may be the first of April, this is not an April fool's joke: Burger King is testing a Whopper featuring a meatless patty today, reports Ad Age's Jessica Wohl. Called the Impossible Wopper, and made with a plant-based patty from Impossible Foods, it's available at about 60 Burger King restaurants in the St. Louis market for a limited time. The chain is also promoting the burger more widely with a video revealing customers' reactions to the taste. As Wohl points out, it's part of a growing trend toward plant-based foods as marketers cater to the increasingly flexitarian" tastes of consumers. Read more about the growng trend here.

Zuckerberg's rules of engagement
After growing scrutiny of its practices, Facebook founder and CEO Mark Zuckerberg has laid out his thoughts on the future regulation of social media in an op-ed in the Washington Post on Sunday. "I believe we need a more active role for governments and regulators," he wrote, detailing four key areas he wants to see addressed: "harmful content, election integrity, privacy and data portability."

He added he was "looking forward" to discussing these areas with lawmakers and concluded that "people shouldn't have to rely on individual companies addressing these issues by themselves."

Reaction so far has been mixed, at least by U.S. lawmakers. Connecticut Senator Richard Blumenthal tweeted: "Zuckerberg is right. Tech companies must be accountable for safeguarding against violent extremists & foreign adversaries. There must be strict legal limits on how platforms use our data. It's time for Congress to set clear & commonsense rules."

However, Rhode Island Representative David Cicilline took a different view: "Rule #5 should be that Mark Zuckerberg doesn't get to make the rules anymore. Facebook is under criminal and civil investigation. It has shown it cannot regulate itself. Does anyone even want his advice?"

Facebook on Thursday was sued by the U.S. Department of Housing and Urban Development. The lawsuit charges that the company enables housing discrimination. It was the administration's first sanction against the social media giant.

Bake sale: Kellogg reportedly is close to a deal to sell its Keebler, Famous Amos and fruit snacks businesses to Ferrero for between $1 billion and $1.5 billion, people familiar with the situation tell CNBC. The announcement, the report says, could come as soon as today, and would be "the latest in a string of acquisitions for Ferrero."

At risk: Marketers could be at risk in the the ongoing investigation into media-buying practices, writes Ad Age's Jack Neff, with a federal grand jury issuing a subpoena to an unnamed large marketer. Neff delves further into the risks and pitfalls for marketers here.

Shuttered: Luxury fashion brand Roberto Cavalli has closed its North American operations as it struggles to avoid bankruptcy, reports The New York Times. It has eight stores and four outlets in the U.S., in upscale spots like Rodeo Drive in Beverly Hills, California. The move comes less than a week after the departure of its creative director, Paul Surridge.

Shorter: Hulu is capping its commercial breaks at 90 seconds, writes Ad Age's Garrett Sloane. Previously, the breaks could run anywhere from 180 seconds to 240 seconds, so the move essentially halves them. Peter Naylor, head of advertising sales at Hulu, told Sloane it was in "the best interests of the viewer and companies to have a consistent ad load."

Campaign of the Day: The final season of "Veep" premiered last night, and HBO has created a 55 cent postage stamp commemorating Selina Meyer to send out to 10,000 Washington Post subscribers. But, as Ad Age's Ann-Christine Diaz writes, in a move delightfully true to the spirit of the show, the portrait of Meyer is accidentally printed upside down. Read more about HBO's campaign for "Veep" here, and in the meantime check out Creativity's Top 5 innovations from last week, including a stock photo initiative by Dove, Getty Images and Girlgaze to depict women more realistically.