Plus, what Facebook's cryptocurrency has to do with its ad business
READ THIS NEXT
Cannes Lions finalizes in-person jury presidents, and Facebook outsources Trump ban verdict: Friday Wake-Up Call 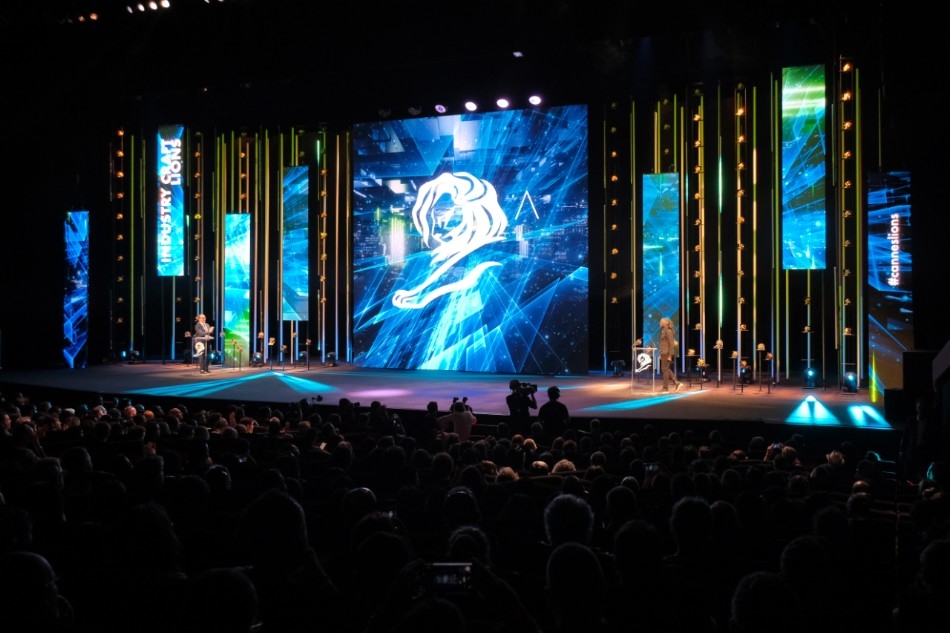 What people are talking about today
It’s Day 3 of Cannes Lions, the halfway point. For those missing out on the French Riviera festival, here's how the reliably amusing R/GA Twitter account recapped a talk yesterday on “the value of agency creativity”:

“Good news: turns out creativity brings tons of value and you should shift all your money to agencies. Off to the beach!"

Joking aside, though: One big winner so far at the Cannes Lions International Festival of Creativity is “Dream Crazy” featuring former NFL star Colin Kaepernick. The work from Nike and Wieden & Kennedy took Grand Prix awards in two of the nine categories announced so far, Outdoor and Entertainment for Sport. Ad Age Alexandra Jardine writes that  Steve Stoute, founder and CEO of Translation and the jury president for Entertainment for Sport, called Nike’s work “the benchmark of the risk we want creatives to take going forward. In our industry a lot of people do anything not to get fired …”

Overheard at Cannes: “I went on the Accenture boat but everyone was too drunk, so I couldn’t network, so I left.”—a sober Cannesgoer. Read more in our latest pop-up Cannes Nightcap newsletter, which you can sign up for here.

More links: Ad Age has eight reporters on the ground at Cannes; here’s where you can read all their coverage. And bookmark this page for the full list of Grand Prix winners so far.

Toy story
Dame Products, a women’s sexual wellness company, “filed a lawsuit against New York City’s Metropolitan Transit Authority for refusing to run ads featuring female sex toys, claiming MTA guidelines unfairly discriminate against the company while other brands have been free to use cleavage, phallic shapes and sexual innuendos in their advertisements,” Ethan Jakob Craft reports for Ad Age. Dame says the MTA greenlit the ads, then backtracked. The MTA has not commented so far. In the meantime, Dame is trying to get some attention with a video showcasing some of the banned ads. One poster's innuendo-laced copy reads: “91 percent of men get where they’re going while 60 percent of women … don’t.”

So what does this have to do with Facebook’s main money-making business, the sale of digital ads? “If more commerce happens, then more small businesses will sell more on and off platform, and they’ll want to buy more ads on the platform, so it will be good for our ads business,” Facebook’s VP of blockchain, David Marcus, said at a briefing, as reported by TechCrunch. But note this: Facebook will have a subsidiary company, called Calibra, “that handles its crypto dealings and protects users’ privacy by never mingling your Libra payments with your Facebook data so it can’t be used for ad targeting,” TechCrunch adds.

The branding: Facebook's new cryptocurrency is represented by three wavy horizontal lines, a symbol evoking the "energy that flows between us, the borderless nature of water, and the movement between people, places, and money,” a Facebook spokesman told Quartz. Far out.

Just briefly:
Options: “News Corp. said it is evaluating options for its News America Marketing business that could include a sale,” Bloomberg News reports. Its News America unit does in-store marketing and shopper circulars.

Huh: “Google will invest $1 billion toward efforts to develop at least 15,000 new homes in the San Francisco Bay Area,” which is suffering from an affordable housing crisis, CNBC reports.

Behind the scenes: Tennis legend Billie Jean King needed some coaxing at the start of her shoot for the Adidas and TBWA/Chiat/Day campaign “Here to Create Change,” which is in the running for Glass and Titanium Lions at Cannes. “In the beginning, Billie was a little standoffish, but we curated a playlist for her based on her favorite songs, and she started to get into it—she was dancing and having a super-fun time,” Executive Creative Director Amy Ferguson says. Watch the conversation with Ad Age's Ann-Christine Diaz and Max Sternlicht.

Video of the day: The big shocker of 2019 Super Bowl advertising was the moment a humorous Bud Light commercial morphed into a dark Game of Thrones ad, with Bud's knight mascot getting killed. At the time, you maybe wondered: How the heck did that come together? Now we know. To find out, watch Ad Age’s video interview in Cannes with Alex Diamond, HBO’s director of consumer marketing, and Andy Ferguson, group creative director at Droga5. Mini-spoiler: If Bud Light had turned down the offbeat collaboration, "GoT" might have approached Burger King or Coca-Cola.