Plus, Netflix loses out at the Golden Globes 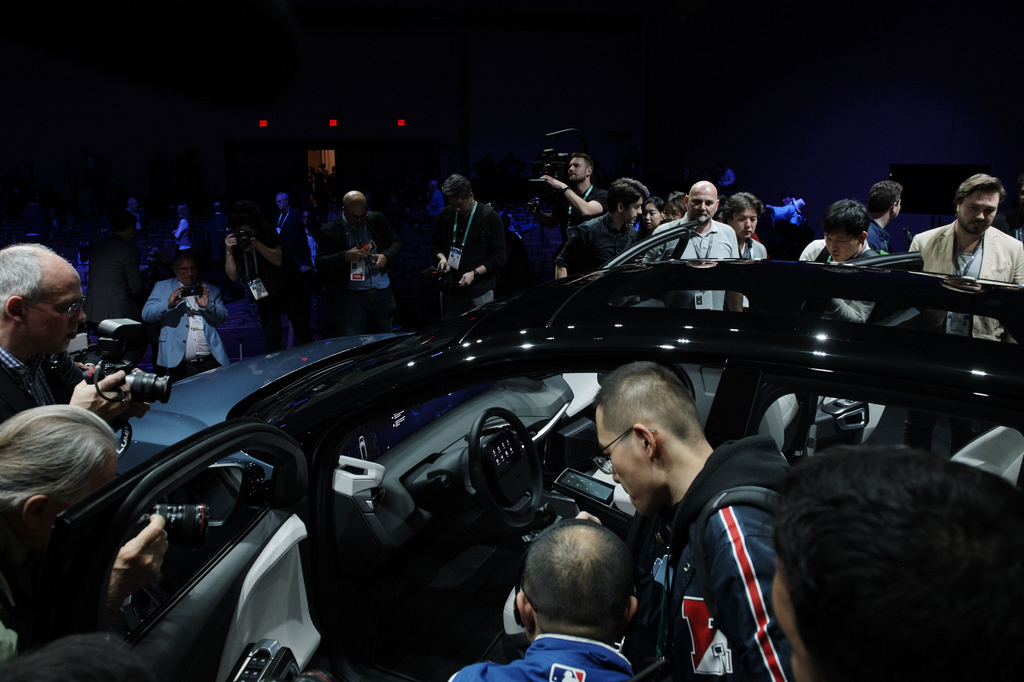 CES organizer defends Trump invite
Good morning, and if it’s your first day back after the holiday break, there’s plenty to sink your teeth into. CES kicked off yesterday in Las Vegas, and already its organizer has had to defend that controversial decision to offer Ivanka Trump a keynote session. Gary Shapiro, CEO of the Consumer Technology Association, told the BBC that he did not regret the decision, saying: "There's a lot of focus on jobs of the future, and certainly the keynote that I'll be doing with Ivanka Trump will be focusing on ... how industry is working with government on this very important issue.”

Ms. Trump doesn’t appear till tomorrow, but in the meantime there’s been plenty already going on, including Procter & Gamble Chief Brand Officer Marc Pritchard showing off some heated Gillette razors and “smart” diaper system Lumi by Pampers at a P&G press conference.

Meanwhile, of particular note to advertisers is Project OAR, the consortium working to standardize addressable advertising, which will show off its linear dynamic ad insertion technology on smart TVs. As Ad Age’s Jeannine Poggi reports, its technology is now ready to deploy into Vizio’s smart TVs, which has the potential to open more addressable inventory from linear TV from the likes of Fox, CBS and AMC Networks. We’ll be reporting all week from CES, so check AdAge.com for updates.

New Year, new wellness campaigns
As is typical for January, several new health and wellness campaigns break this week. This year, environmental concerns mean that reusable water bottle brands are starting to spend money alongside the usual gyms and weight loss programs. As Ad Age’s Adrianne Pasquarelli reports, S’well, already known for its chic water bottles, has a new campaign that aims to draw attention to its other products, including food containers, travel mugs and reusable straws, with the tagline “More Ways to Use Less.”

Meanwhile, Pasquarelli also writes that Equinox launches its first campaign from new agency of record Droga5 this week. It's all about self-improvement and being your best self, and offers a 2020s take on the Narcissus myth, with the tagline: “Make yourself a gift to the world.”

Also, vitamin brand Olly today breaks its first campaign since being acquired last year by Unilever, reports Ad Age’s Jack Neff, with ads by Yard NYC aiming to further its appeal to millennials. Olly co-founder Eric Ryan is just one of the speakers at the Ad Age Next: Health & Wellness conference in February in New York. To sign up for the conference, buy your tickets here.

Netflix loses out at Golden Globes
Universal Pictures war epic “1917” was the big winner at the Golden Globes last night, but Netflix, nominated for an impressive 34 awards, failed to dominate as expected.

As the Wall Street Journal reports, even host Ricky Gervais appeared to predict Netflix victory in his opening remarks, saying: “This show should just be me coming out going, ‘Well done, Netflix. You win. Everything. Goodnight.”

However, the streaming giant won just two awards: one for Olivia Colman’s performance as Queen Elizabeth in “The Crown” and one for Laura Dern in “Marriage Story.” Meanwhile, Apple TV's streaming service also lost out, with zero awards for “The Morning Show.” However, Amazon had a slightly better night, picking up multiple awards for “Fleabag” and its star, Phoebe Waller-Bridge.

Walmart takes on Amazon
Walmart is taking on the might of Amazon as it launches Advertising Partners, a new unit that includes third-party vendors Flywheel Digital, Kenshoo, Pacvue and Teikametrics, reports Ad Age’s George P. Slefo.

Slefo writes that the move by Walmart’s ad tech arm, Walmart Media Group, “has the potential to level the playing field so Walmart can better compete for ad dollars previously earmarked for Amazon.” Walmart's key differentiator is its massive data on offline sales, as the company can now attribute digital ads to products purchased in store by consumers. So, as Nick Weinheimer, general manager for e-commerce at Kenshoo, tells Slefo: “You’re going to see Walmart telling the story of how their digital ads influence offline purchasing behavior.”

Just briefly:
No Super Bowl for Skittles: After last year’s Broadway musical, Skittles has confirmed that, once again, it’s not doing a Super Bowl ad this year. In an email to Ad Age’s Jessica Wohl, a spokesperson for the Mars Wrigley brand said it would be “focusing on other priorities for the brand outside of the Super Bowl, including new products and launches in 2020 and beyond.”

McDonald's seeks culture change: Chris Kempczinski, the new McDonald's CEO, is looking for a new HR executive to help him curb the company's culture of "fraternizing between some senior managers and rank-and-file employees," reports the Wall Street Journal. It follows the firing of former CEO Steve Easterbrook for having a relationship with an employee.

Bud heads to Seltzer: Budweiser has dropped a teaser for its its first campaign for Bud Light Seltzer, but the spot eschews the medieval “Dilly Dilly” kingdom for tiny Seltzer, Pennsylvania. As Ad Age’s E.J. Schultz reports, it shows an actor playing the mayor of the tiny town preparing for what is described as an “important message.”

Podcast of the day: Wyclef Jean, the former Fugees singer who will be president of the music jury at Cannes this year, talks to Ad Age editor Brian Braiker in the latest edition of the Ad Lib podcast. Jean discusses his Cannes role, plus new trends in the music industry, growing up in Haiti and why Gary Vaynerchuk is his "big homie." Listen here.

Campaign of the Day: A new spot for Amazon-owned Audible attempts to get our new year off to a mindful start. In the ad, created by London agency Fold7, we see a woman on her phone bombarded with content including celebrities, games, a cat puking a rainbow, hashtags about food and more. Finally, she plugs in her headphones and listens to the soothing voice of actor David Tennant narrating an audiobook instead. Check it out at Creativity Online. Meanwhile, if you haven’t caught up with Creativity’s selection of the strongest brand ideas of 2019, which has been counting down over the holiday break, take a look at the final list in Ann-Christine Diaz’s roundup here.