DDB names pair of CEOs, and stories of harassment and discrimination at Hearst: Thursday Wake-Up Call

Plus, Serial gets a home at the New York Times, and Slack takes Microsoft to court
READ THIS NEXT
Bruce Willis hypes DieHard batteries (!) and Facebook blocks millions (!!) of ads: Monday Wake-Up Call 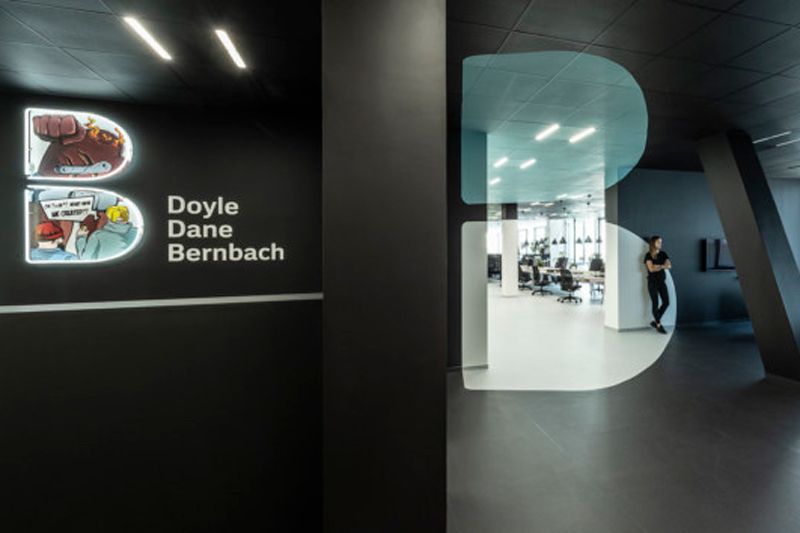 Omnicom's DDB Worldwide has replaced Wendy Clark with two men, Global CEO Marty O'Halloran and North America CEO Justin Thomas-Copeland. Clark had held both roles before leaving for Dentsu Aegis Network in April. Thomas-Copeland’s appointment makes him the first Black CEO at DDB. Omnicom has yet to release diversity numbers for its employees, as Dentsu, Publicis Groupe, IPG and Havas have done.

“There's clearly a lot going on,” Thomas-Copeland tells Ad Age’s Lindsay Rittenhouse. “We need to take a bigger view of that; think larger. I'm here to help DDB move forward and drive value for their clients' businesses. The world is changing. Culture is emerging. Any forward-thinking company needs to be in tune with that.”

Previously, Thomas-Copeland led Omnicom Precision Marketing Group, RAPP New York and Wunderman Moscow. O'Halloran has been at DDB for more than 30 years and has served as CEO of the agency’s Australia and New Zealand region since 2005.

Yet another legacy media institution is facing allegations of racist and sexist behavior by top executives. Employees have leveled complaints against Hearst Magazines President Troy Young, claiming he emailed pornography to an editor, joked that he fathered a pregnant editor’s child, and made a sexually graphic suggestion to a female staffer at a Cosmopolitan holiday party, according to reporting by the New York Times. Young has denied some of the allegations and explained away others as representative of a brand culture that valued openness.

A former Marie Claire editor also accused Cosmo editor-in-chief Jessica Pels of making disparaging remarks about the hair and makeup of a staffer of color. Another woman of color at Cosmo said Pels pulled her into meetings when cameras were present to give the appearance of more diversity at the publication.

The allegations come just a month after staff shakeups at Bon Appétit, rival Condé Nast’s cooking magazine, after the EIC’s brownface photo resurfaced and writers of color in the popular “Test Kitchen” video vertical revealed unequal pay. That led Condé employees to circulate a spreadsheet of anonymous salaries—an unofficial wage audit—and some Bon Appétit employees have refused to appear in videos until the compensation disparities in the Test Kitchen are resolved.

Whether change at Hearst will come from the top, or will need to be pushed by staff like at Condé, remains to be seen.

The woman who has led the New York Times’ ad strategy for the past seven years will soon be its next president and CEO. Mark Thompson is stepping down in September and will be succeeded by Chief Operating Officer Meredith Kopit Levien, who joined the paper as head of advertising in 2013.

Under her direction, the Times built out T Brand Studio, its in-house content arm, and she introduced Paid Posts, which are native ads of the kind she previously championed at Forbes. She has also been a booster of the Times’ video and podcast series, including “The Daily,” which has become required listening for informed multitaskers.

Continuing the investment in audio, the Times is also paying $25 million for Serial Productions, the company that created the podcasts “Serial” and “S-Town.” And the Times will enter into a partnership with “This American Life” to create more shows, all of which should make it a primary hub for podcasts.

As lockdowns and social distancing requirements drag on, travel is beginning to look a bit more worthwhile, though plenty of people are justifiably nervous about going far from home. “We’re now seeing travel close to home as a means to reconnect with family and friends that people have not been able to see over the last several months,” says Lisa Checchio, chief marketing officer at Wyndham Hotels & Resorts, on the latest episode of the “Marketer’s Brief” podcast.

Checchio was one of Ad Age’s 40 Under 40 in 2019. “She notes that Wyndham uses its localized marketing channels to target such travelers—by investing in different regional and localized media as a reaction when the intent to book a hotel arises,” writes Ad Age’s Adrianne Pasquarelli.

Battle of the brands: Slack, the internal communication platform that’s become ubiquitous in home offices, has filed an antitrust suit against Microsoft in Europe, reports Gizmodo. Like the Gateway/Windows combo deals of old, Microsoft is bundling its chat application Teams with its Office Suite, making it the de facto option for many users. And next week, big tech execs will testify before the House Judiciary Committee. Apple CEO Tim Cook is expected to defend the company’s App Store against antitrust complaints, according to CNBC.

Baby's breath: But a sparse new spot from Apple unveils its promise to go carbon neutral by 2030. A voiceover whispers the vow to a sleeping newborn in a spot that showcases no tech products. “It features nothing but a baby, sleeping peacefully in the middle of a bed, lulled by the sounds of street traffic and chirping birds from outside,” writes Ad Age’s Ann-Christine Diaz. “A shaky camera peers down on the cooing child as a man’s gentle voice greets him.”

Stay-at-home seating: Major League Baseball returns today, just about four months after what would have been opening day but for the pandemic. Bank of America used drones to capture footage of empty, silent stadiums for a new campaign. While Bud Light focuses on the fans stuck at home, finally broken out of their sourdough starter reveries by the return of televised sports, reports Ad Age's Adrianne Pasquarelli.