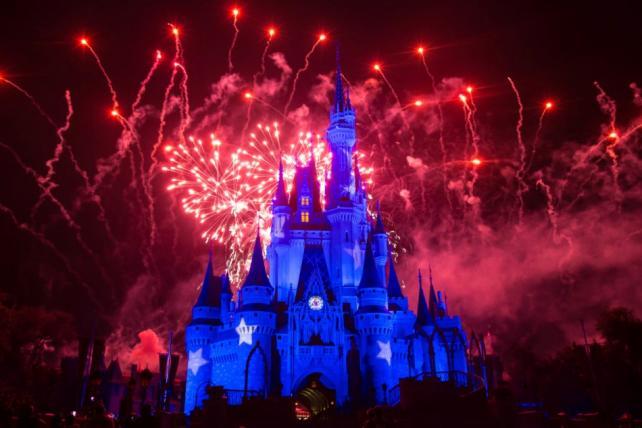 What people are talking about today
The Walt Disney Co.'s $71 billion deal to acquire most of 21st Century Fox is finally complete; it closed just after midnight on the East Coast. Disney now controls assets including the Twentieth Century Fox studio, Twentieth Century Fox Television, FX Networks, National Geographic Partners and most of Hulu. In a news release, Robert Iger, Disney's chairman and CEO, called it "an extraordinary and historic moment for us."

The deal is one of the biggest media mega-mergers ever, and it brings together disparate entertainment properties into one huge (dysfunctional?) family. Ryan Reynolds, the star of Fox's "Deadpool," tweeted a photo of his foul-mouthed antihero character wearing Mickey Mouse ears. Even "Deadpool" belongs to Disney now.

But wait, there's more: The Fox assets that weren't part of the Disney deal are now part of the Murdochs' new company, Fox Corp., sometimes referred to as "New Fox," which includes Fox News and the Fox broadcast network. One of the new board members announced yesterday is the former speaker of the U.S. House of Representatives, Paul Ryan.

Facebook ads and discrimination
"Facebook is reforming how it sells housing, employment and credit-related ads as part of a legal settlement with multiple civil rights advocacy groups over past discriminatory ad practices on the platform," Garett Sloane writes in Ad Age. The move follows reports by non-profit news organization ProPublica showing that Facebook let advertisers exclude users by race and other categories. As part of the settlement, Facebook will pay $5 million to plaintiffs that filed discrimination lawsuits, including the American Civil Liberties Union and the National Fair Housing Alliance.
What the ACLU says: "Because Facebook is such a dominant player in online advertising, today's settlement marks a significant step toward ensuring that we don't lose our civil rights when we go online to find a house, job, or loan."

Do you want to know a Secret
Wieden & Kennedy is losing a piece of Procter & Gamble Co.'s business. The account for Secret deodorant, which had been handled by W&K, has been put into review, Ad Age's Jack Neff reports. Procter & Gamble says Wieden is still an important partner on the Old Spice brand and on Olympics campaigns. Neff writes: "P&G didn't say which of its roster shops may be options to take over as lead creative agency on Secret, but WPP's Berlin Cameron has done recent project work, including a new ad in support of equal pay for women." You can check that ad out here.

Just briefly:
Supersonic: "Pandora became the first major audio streaming platform to adopt a sonic logo, or a tune it hopes consumers will associate with its brand wherever it's heard," Ad Age's George Slefo writes. What does it sound like? Basically, it's a cheerful chorus of people singing "whoa-oh-oh-WHOA!"

Out with a bang: For the finale of "The Big Bang Theory," CBS is asking between $1.2 million and $1.5 million per 30-second ad, Variety reports. In other words, the network wants five or six times more than the average price.

Mark your calendars: On April 23, Ad Age gathers industry leaders in New York to talk about how TV advertising is evolving for an over-the-top world -- and look at OTT opportunities for marketers. Read more here.

Dating advice from OkCupid: Melissa Hobley, the chief marketing officer of OkCupid, talks to Ad Age's I-Hsien Sherwood about the brand's much-discussed "DTF" ad campaign. She also dispenses some online dating advice: "Don't say 'Hey' as the first message. Guys, stop doing this. It's so annoying. It's so lazy. And you have an 84 percent chance of being ignored."

Quote of the day: In times of crisis, "senior executives at companies often try to defend before they know what the true facts are. Consumers or passengers of airlines will forgive a crisis, they'll forgive mistakes, but they will never forgive a cover-up, or a perceived cover-up," says Gene Grabowski, a partner at crisis management firm Kglobal. Read more by Ad Age's Adrianne Pasquarelli about Boeing's crisis and what steps it needs to take next.

Number of the day: $60 million. "Tim Armstrong, the former leader of AOL, is walking away with more than $60 million as he leaves Verizon Communications Inc., which recently wrote down half the value of the internet business he led," The Wall Street Journal reports.

Ad of the day: In the U.K., an ad for McDonald's McCafe pokes fun at the various cliches in coffee marketing: mist-shrouded rainforests, models holding steaming mugs and some random "bearded hipster crafting coffee like a mad scientist," Ad Age's Alexandra Jardine writes. The ad is an amusing pastiche by Leo Burnett London, and the voiceover -- with abrupt shifts in tone, accent and poshness -- is pretty funny too. Watch it here.