Plus, automakers take a huge hit, Wimbledon is Wimble-done and toilet paper art for a good cause 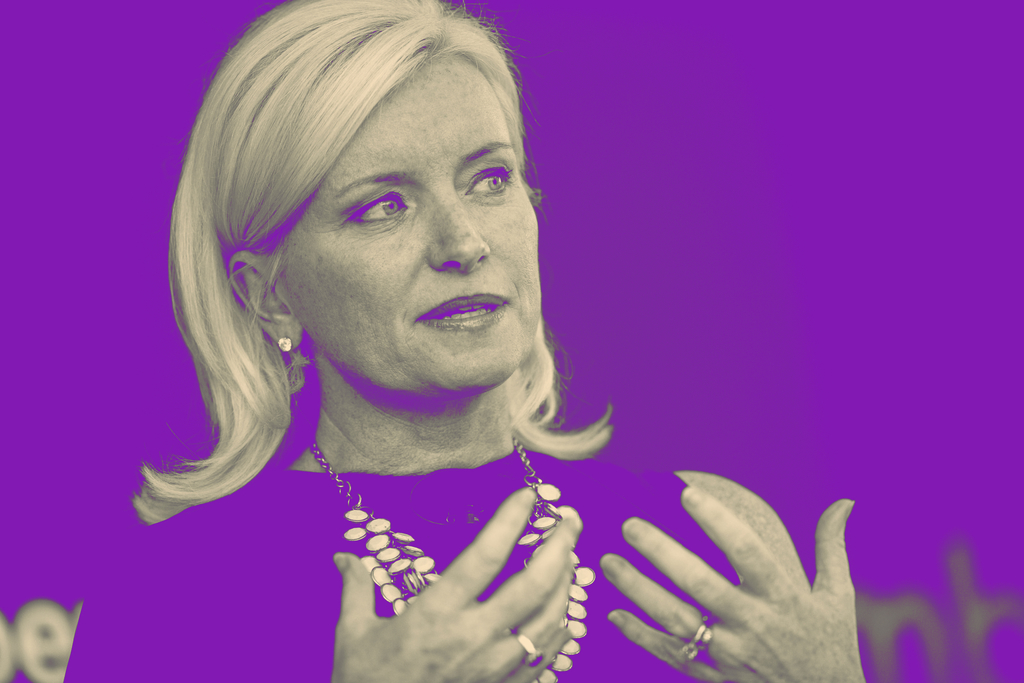 Facebook is cracking down on coronavirus misinformation, even if it comes from politicians, whose content it has typically shied away from regulating. The platform this week deleted posts by President Jair Bolsonaro of Brazil because he was dismissive of social distancing. “When there is any information on our platform that could cause harm to people, the decision is quite simple: It needs to come down,” Carolyn Everson, VP of global marketing solutions, told Ad Age’s Garett Sloane in a video interview.

Tech companies have begun taking a lead on initiatives to fight the virus, including manufacturing ventilators, but some users are concerned about privacy guarantees as governments begin to look into location and data tracking to monitor suspected cases. “There are ideas every day, all day long, from every partner that we talk to about things they think the platform can do,” Everson said. “We have been very sensitive to ensure that anything that we do is in line with our mission, in line with, of course, our privacy policies and how we want to show up for consumers.”

Welcome to the new quarter, same as the old quarter

Stocks dropped more than 4 percent on all three major exchanges yesterday, the first day of Q2, signaling that investors aren’t hopeful that the effects of coronavirus on the economy will let up anytime soon. The first quarter was the worst since 2008, with some metrics as low as they’ve been since the Great Depression.

Even with strict social distancing, the U.S. could see between 100,000 and 240,000 deaths due to COVID-19, which would make it the deadliest outbreak in the U.S. since the 1918 H1N1 pandemic. The effect on the economy could mean a 10 percent drop in the S&P 500 in the next three months, the New York Times reports.

Bringing out the worst in us

Stories of cities ravaged by COVID-19 understandably have people on edge, but for Asian Americans the virus isn’t the only danger. Harassment and assault of Asian Americans is on the rise, according to FBI reports, including spitting, racial slurs and attacks. In mid-March, a 2-year-old and a 7-year-old were among three Asian Americans stabbed in Texas by an assailant who claimed they were spreading coronavirus.

Critics say these incidents have been fueled by the White House’s insistence on referring to the disease as the “China virus” or the “Wuhan virus.” For the record, it’s likely that the 1918 pandemic began in the U.S., but it’s Spain that’s been saddled with the ignominy of the “Spanish flu.”

Nick Kokonas is co-owner and co-founder of Alinea Group, whose flagship restaurant Alinea is Chicago’s only three-star Michelin restaurant. A former derivatives trader, Kokonas predicted the restaurant industry was in for a big hit, and he was proactive about a shut down plan. “All of the company’s roughly 300 Chicago employees were furloughed, with the exception of roles such as HR and legal. Each employee got a $1,000 stipend,” he tells Ad Age’s Jessica Wohl on this episode of the Marketer’s Brief podcast. Then he set about turning the restaurant into a carryout operation, serving 1,000 meals per night.

Rolling with it: Toilet paper isn’t just a flushable commodity anymore. In the age of panic buying, it’s become a symbol of security. “Amsterdam-based creatives Guillaume Roukhomovsky and Blaž Verhnjak have created the ‘Give-a-Sheet’ campaign, which has tapped artists to create drawings atop a square of toilet paper,” writes Ad Age’s Ann-Christine Diaz. “The pair have been auctioning off the works on the campaign site, with all proceeds going to the COVID-19 Solidarity Response fund for the World Health Organization.” So far, they’ve raised $850, and there’s more art available.

Game, set, match: The Wimbledon tennis championships have been canceled for the first time since World War II. The French Open has already been delayed to late September, from May, but the U.S. Open is still scheduled for late August at Flushing Meadows in New York City, which is currently being converted into a temporary medical facility during the city’s battle with coronavirus.

Stream a little stream of me: YouTube wants in on the short video action and is planning a rival to TikTok called “Shorts.” The Google-owned platform will make its catalog of licensed music available as backing tracks for user videos. With millions of people stuck inside, streaming platforms are reaching huge audiences. Amazon-owned Twitch topped 3 billion hours watched for the first time in Q1 and set record highs for hours watched and concurrent viewers.

That does it for today’s Wake-Up Call, thanks for reading and we hope you are all staying safe and well. For more industry news and insight, follow us on Twitter: @adage.