Plus, the Supreme Court rules against the birth control mandate, and meet the 'blacklist100'
READ THIS NEXT
Triller will make its Super Bowl debut as the inauguration impedes other brands’ Big Game plans: Wednesday Wake-Up Call 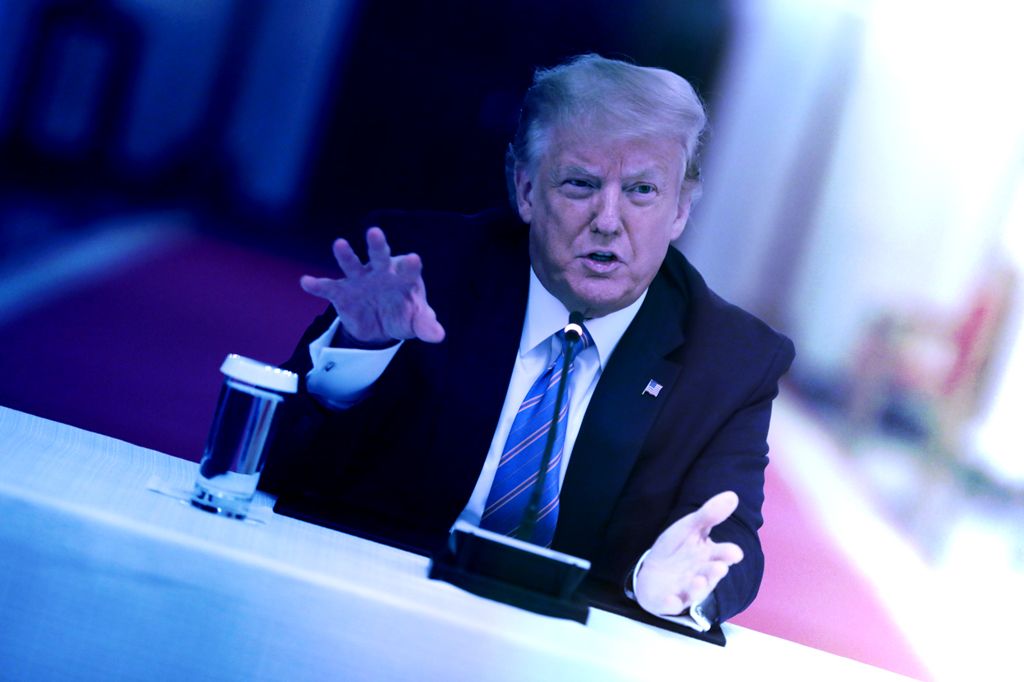 Facebook’s own civil rights watchdog tore into the company for its refusal to take down or fact-check President Donald Trump’s inaccurate posts about mail-in voting, Bloomberg News reports. ACLU veteran Laura Murphy conducted an audit of the platform’s policies and performance, and her report, delivered yesterday, excoriated many of Facebook’s recent decisions.

Despite banning content containing voter suppression, the company determined that Trump’s posts claiming voter fraud in Nevada, Michigan and California—all of which were untrue—didn’t violate that policy. “To the civil rights community, there was no question that these posts fell squarely within the prohibitions of Facebook’s voter interference policy,” the report said.

This news comes just a day after an unfruitful meeting between Facebook and leaders from civil rights groups aiming to reach agreement to end an ad boycott of the platform. Auditors have also recommended the company address bias in its algorithms and do more to prevent online discrimination against Jews and Muslims on its platform.

However, the company did shut down pages and accounts on Instagram and Facebook yesterday tied to Trump associate Roger Stone and Proud Boys, designated a hate group by the Southern Poverty Law Center.

United Airlines could lay off up to 40 percent of its workforce beginning in October—as many as 36,000 pilots, flight attendants and customer service staff, reports the Wall Street Journal. Legally required notices are going out now, while the airline hemorrhages $40 million a day due to low ridership.

Brooks Brothers, a company much older than human flight, is also struggling. The classic apparel brand filed for bankruptcy protection, after trying to find a buyer for months, reports Bloomberg News. Nearly three-quarters of its workforce has already been furloughed, as business clothing loses favor.

And Bed Bath & Beyond will permanently close 200 of its 955 stores over the next two years, after sales dropped by 50 percent, reports CNBC. Even a doubling of online sales in April and May couldn’t do enough to stem losses.

Mass layoffs due to the coronavirus have made it clear how many Americans are dependent on employment for their health insurance. The Supreme Court yesterday gave employers even more control over that relationship, ruling that employers with religious objections to birth control don’t need to cover its cost as part of insurance coverage for their employees, reports The New York Times.

Previously, religious institutions like churches and church-affiliated schools and hospitals could apply for an exemption to birth control coverage, but now any employer opposed to birth control on religious grounds is no longer obligated to pay for it. As many as 126,000 will lose coverage for birth control as a result, undermining a key mandate of the Affordable Care Act.

The ruling is part of a series of decisions by the Court giving religious employers more power. On the same day, it determined that elementary school teachers at religious schools who provide religious instruction of any kind, even if it isn’t their primary responsibility, are not covered by civil rights protections.

Wright created the website for the project and commissioned artwork from Harlem-based painter and visual artist Elizabeth Colomba. The idea grew out of an open letter he posted after the death of George Floyd, and Wright plans for the platform to offer virtual events, forums and networking.

“Whatever your business need, these 100 experts represent a starting point for action,” he writes. “Use this guide regularly as go-to-resource, join the online blacklist100 community, and keep telling others about Black talent on your radar.”

It’s never too early to break out the Halloween decorations and start stocking up on sweets. (Except for candy corn, which is a foul, waxy abomination, neither candy nor corn.) But for Mars Wrigley’s president of U.S. sales Tim Lebel, the planning actually begins two years ahead of time.

That’s when Lebel and his team “begin working with research and development and key retailers on trends, pack designs, innovations and flavors,” he tells Ad Age’s Jessica Wohl on the latest episode of the Marketer’s Brief podcast. “Then, about a year out, Mars Wrigley brings its ideas to retailers and starts planning the details of the season.”

And there will be a Halloween this year, he says. “Halloween will still happen but it may look significantly different.” He predicts trick-or-treating will still be a thing, as well as truck-or-treating. Skittles Zombies are also back from the dead.

Kanye West Wing: Yeezy might actually be serious about running for president, according to Forbes, apparently as the candidate of the Birthday Party—a name that’s not that silly, given the existence of the Know-Nothings, the Bull Moose Party and the Whigs. Whether the fact that he might pull votes away from Joe Biden and throw the election to Trump is an outcome he doesn’t mind, or the entire point of his run, is unclear. But with music money, Kardashians money and Musk money behind him, anything in politics is possible. Dear 2020, please stop.

Capitol offense: After decades of being told their name and mascot is racist, the leadership of the Washington National Football League team is finally considering changing its moniker, according to CNBC. This, despite the fact that National Basketball Association team The Washington Wizards made bank on all the new gear and apparel fans bought when the Bullets rebranded, and “Wizards” is a genuinely bad name. Another push in the right direction: Amazon will no longer sell the Washington team’s merchandise. Don’t get too excited, though. There’s still plenty of Chief Wahoo merch available.

Tampon tales: It’s tough to get many celebrities to discuss periods and menstruation—but not all of them. A new campaign for Tampax features real talk from comedian Amy Schumer, who was contacted by a Tampax exec who saw her bring up the topic on a comedy special. In the spots, Schumer has “frank and funny talks in a restroom, store, doctor’s office and mall about tampon sizes, how to insert them and taboos around shopping for them,” writes Ad Age’s Jack Neff. “The series, directed by Kathy Fusco of Hungryman, also includes mall-intercept interviews Schumer does with young females and males about tampons, periods, female anatomy and sex.”