Plus, Trump to meet with Ad Council, and advertisers pull campaigns with unfortunate timing
READ THIS NEXT
Jeff Bezos’s wealth soars to $171.6 billion to top pre-divorce record 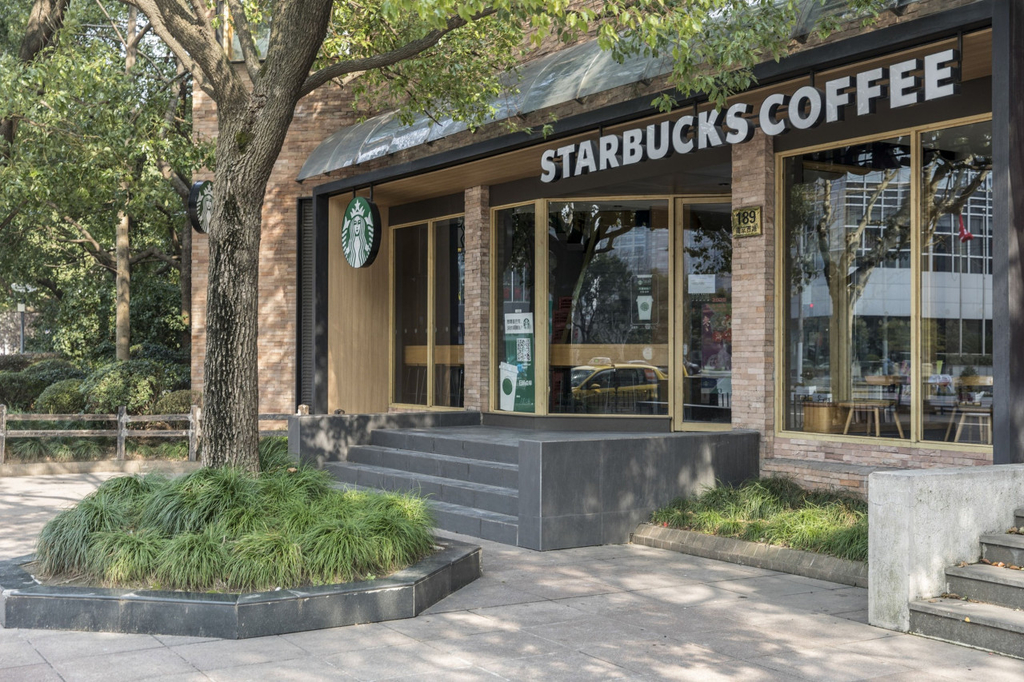 The Federal Reserve cut interest rates on Sunday in an effort to bolster the U.S. economy. As per Bloomberg News, it slashed its benchmark interest rate by a full percentage point to near zero and promised to boost its bond holdings by at least $700 billion. The news comes as brands are changing their business models to help contain the spread of the outbreak. For example, Starbucks announced on Sunday that it is making all of its stores in the U.S. and Canada “to go” only for at least two weeks. Customers can order at the counter, with the order-ahead feature on the app, or in the drive-thru—but they can’t sit down and stay. (It’s similar to what Starbucks did in China when the outbreak was at its peak there.)

Also, Nike has followed Apple in shuttering stores. Ad Age’s Adrianne Pasquarelli reports that the sportswear retailer will close stores in the U.S., Canada, Western Europe, Australia and New Zealand. Stores will be closed from today through Friday, March 27, the company confirmed to Ad Age.

Trump to meet with Ad Council, ABC delays Kimmel
President Donald Trump is expected to meet with top broadcast TV executives and the Ad Council today to discuss COVID-19. Ad Age’s Jeanine Poggi reported Friday that, according to two people familiar with the situation, it is expected Trump will ask TV networks and the Ad Council to help develop messaging around the coronavirus pandemic. This likely will include asking broadcasters for commercial time on their networks.

In other news: In an effort to keep the public informed, ABC is delaying “Jimmy Kimmel Live!” by 30 minutes so “Nightline” can air an hour earlier for four nights starting Tuesday, reports Bloomberg News.

Brand campaigns with unfortunate timing
With events moving so fast over the past week, campaigns from some marketers, which could appear insensitive in the light of the coronavirus, have either been pulled or are receiving backlash on social media. One is Unilever’s Axe, which, as Ad Age’s Jack Neff reports, debuted its “Don’t Overthink It” campaign just last week with a Mullen Lowe spot that shows a guy imagining his stink has caused a panic in a basketball arena. Scenes show him prompting the crowd to flee as airplane-style oxygen masks drop on the court—not to mention the fact that the NBA season has been canceled. The campaign is now on hiatus.

Ad Age’s Ilyse Liffreing has a roundup of other campaigns that now look unfortunately timed. Among them, a Geico spot that revolves around giving a co-worker a really good high-five, a campaign for Norwegian Cruise Lines with the tagline "feel free to feel more," and some ASOS online ads for chain mail face masks (was that ever a good idea?). Meanwhile, even brands like Lysol are coming under fire for promoting products like disinfectant wipes at a time when they are in short supply.

Instagram warns on disinformation
Among the many challenges for the media is fighting the spread of disinformation and fake news—and, as Ad Age’s Garett Sloane reports, this also applies to augmented reality.

On Friday, Facebook-owned Instagram sent a note to its AR community telling users to avoid spreading bad information about the pandemic. “We’ve removed previously published effects and are rejecting all new effects, which claim to predict, diagnose, treat or cure coronavirus,” Instagram said through its Spark AR program, which is a community of graphic designers who build augmented reality features for the app. Instagram also said that it would no longer allow people to search for coronavirus-related AR effects.

Just briefly:
Headed indoors: As New York City starts to shutter bars, restaurants, theaters and entertainment venues, “Time Out” has acknowledged those developments with a new name. As Ad Age’s Simon Dumenco reports, the print magazine and website has temporarily rebranded itself as “Time In New York,” and is emphasizing stories such as “The best takeout and delivery restaurants in New York” and “The 40 best movies on Netflix right now.”

Latest on the airlines: As the airline industry is thrown into turmoil, United Airlines is slashing its flight schedule by 50 percent for the next two months, reports CNN Business. United's top management executives will also have a 50 percent cut in pay, according to a letter from United CEO Oscar Munoz and President Scott Kirby to staff that was made public Sunday night. Meanwhile, Scandinavian airline SAS announced it will halt most of its operations starting Monday and temporarily lay off up to 90 percent of its staff, as reported by Forbes.

Las Vegas shuts down: Las Vegas casinos owned by Wynn Resorts and MGM Resorts International are closing in response to the coronavirus, reports the Wall Street Journal. Wynn Resorts’ Wynn and Encore casinos will close for two weeks beginning Tuesday while MGM Resorts resorts including Bellagio and Mirage will close “until further notice.”

Campaign of the Day: With St. Patrick’s Day celebrations in the U.S. effectively canceled, Guinness is trying to make the best of the situation, writes Ad Age’s E.J. Schultz, with a “unifying” ad. The spot never specifically mentions coronavirus, but alludes to the fact that the holiday won’t be the same this year. “Don’t worry, we’ll march again,” says an Irish-accented voiceover against parade and party scenes that this year are unlikely to occur, including Chicago’s tradition of dyeing the Chicago River green. It's suprisingly poignant.

That does it for today’s Wake-Up Call; thanks for reading. For more industry news and insight, follow us on Twitter:@adage.