Flo Gets More Company as Progressive Rolls Out 'The Box'

It seems inconceivable now, but Flo was not originally scripted for the lead in Progressive 's "Superstore" campaign. The real star was supposed to be the store itself, and more specifically the "box" of insurance that was meant to make an intangible service tangible.

Five years and more than 80 ads later, the box is returning to the spotlight, starring in animated form in new campaign that made its debut this week by Progressive agency-of -record Arnold Worldwide. Progressive Chief Marketing Officer Jeff Charney swears that Flo -- who Ad Age recently named as a top 10 female ad icon -- is not getting a demotion and is not on her way out. She just wasn't suited for this job, which is to make a hard sell in a direct-response ad. 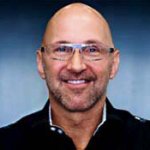 The box ad crams nine messages into 60 seconds, including telling viewers that "you don't even have to wait for your policy to expire to switch." That compares with the 30-second Flo spots, which Mr. Charney described as a "brand campaign that happens to sell." And while Flo ads typically run during prime time, the media buy for the box commercials includes more late-night slots when direct-response ads tend to air.

Progressive hasn't determined if the box -- which is voiced by comic actor Chris Parnell -- will get a permanent spot in the insurer's lineup. Mr. Charney described it as a test . Arnold worked with visual effects company The Mill on the commercial.

Flo already has some company with a character called "The Messenger," a mustachioed, leather-jacket-wearing man who has starred in his own campaign for a while, in which he sneaks up on customers and pitches them on discounts.

Running multiple campaigns at once has almost become a necessity in the auto-insurance market, as companies vie for attention from consumers who are more frequently buying insurance on their own, rather than relying on agents. For instance, Geico, which in recent years has filled the airwaves with cavemen, stacks of money with eyes, its trademark gecko and other efforts, recently debuted yet another campaign, featuring a fiddler and guitar-player delivering punch lines.

Mr. Charney went so far as to compare Progressive 's ads to a TV show. "It's a content game," he said. "We have sitcom here we are running with a lot of different characters, a lot of different locations." The box ad, he said, "is just another small spin-off of this broader sitcom that is Flo."

In the first "show" -- i.e. Flo's first ad (below) -- she got plenty of airtime, but notice how the box does as well (or in this case boxes). In animated form in the new campaign, the box appears as a grandiose, pampered star with access to a personal trainer, tailor and masseuse. Said Mr. Charney: "The box [says] 'Hey, I have a pretty good opinion of myself because I am really the policy. Flo is selling me, but you don't have Flo without having me.'"