Forever 21’s new owners in talks to keep most of its U.S. stores open | Ad Age
Skip to main content 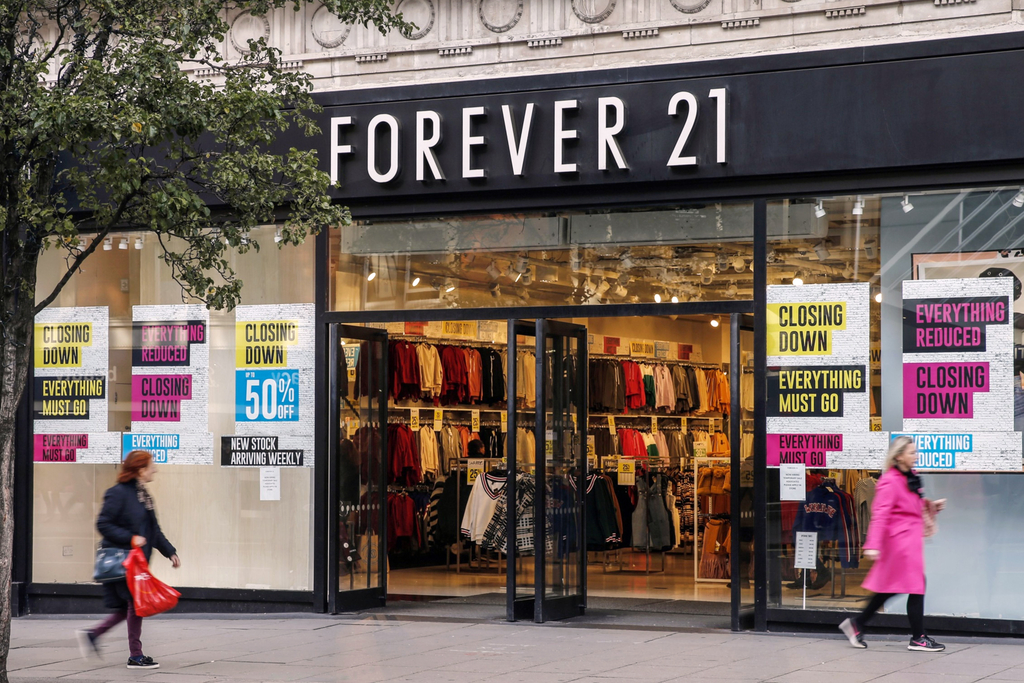 Forever 21 Inc.’s new owners plan to keep most of the fast-fashion chain’s U.S. stores open under a new chief executive officer in the coming weeks when it emerges from bankruptcy.

Owners Authentic Brands Group, Simon Property Group Inc. and Brookfield Property Partners LP are talking with other landlords about keeping as many of its 448 U.S. stores in business as possible, Authentic CEO Jamie Salter said in an interview. Forever 21 is interviewing three CEO candidates and will name a new one soon, Salter said.

Forever 21 filed for bankruptcy in September after struggling with large, expensive locations and losses in some international markets, while suffering from the same online competition that has forced U.S. retailers to close thousands of stores in recent years. The new owners agreed to pay $81 million and assume certain liabilities as part of the purchase.

The company is planning to launch or expand wholesale lines in jewelry, footwear and handbags, Salter said. It’s also planning to expand the Riley Rose beauty brand. Salter envisions “multiple” collaborations with other brands, both his own and outside ABG.

The new owners plan to keep the headquarters in Los Angeles and say they’ll work with new and existing partners to expand in Europe, South America, China, the Middle East and Southeast Asia. The company is also planning to convert stores in Latin America, the Caribbean and the Philippines from company-owned to licensed partnerships.

“The research we did showed massive passion for the brand all over the world,” Salter said, referring to Forever 21. “They really had a true customer who loves the brand.”

“They need to change the story and change the narrative, and whether they can get the talent to do that is the big question in everyone’s mind,” Portell said. “They still need to overcome the performance capabilities of the company” such as sourcing and logistics. “The new ownership structure doesn’t solve that problem. They’re still going to have to go out and rebuild those muscles.”

For his part, Salter said he’s not worried about the upheaval that’s fueled record U.S. store closings and a steady march of retail bankruptcy filings, including Pier 1 Imports Inc. just this week.

“Retail’s not hard if you have the right structure,” he said. “We don’t load companies up with debt, so you’re not getting choked with a debt payment every month.”