Fortnite returns (and yes, its blackout was a marketing stunt): Wednesday Wake-Up Call

Plus news about Dunkin', Taco Bell, Walmart and the Google Pixel 4 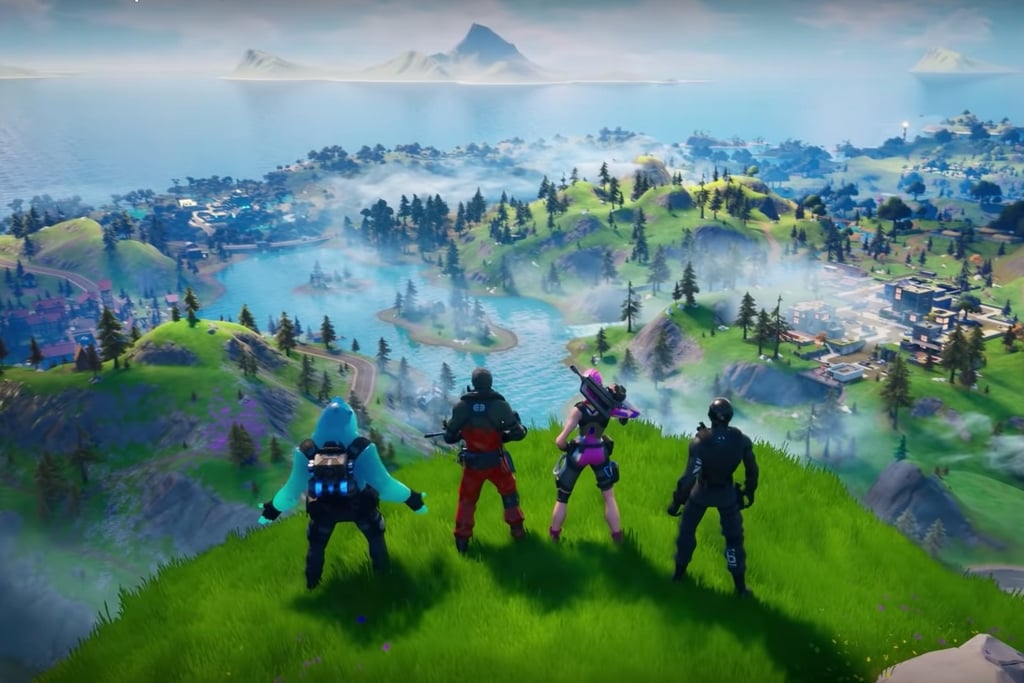 Fortnite is back
Fortnite, the free online video game, shut players out for nearly two days, with its online world disappearing and the screen turning into a black hole. The hit game returned Tuesday as Fortnite Chapter 2, with new features and a new island setting. But the blackout—which stunned people, left them wondering about the game’s future and got them talking—is something marketers should take a closer look at. Fortune reports:

“It was, of course, a PR stunt. But it was one that did exactly what it was supposed to do: It put Fortnite—and its new release Fortnite Chapter 2— firmly back into the collective gaming conversation just as the game was beginning to lose a bit of its coolness factor.”

Also: If you still don’t know much about Epic Games' Fortnite, don’t feel too bad: Lady Gaga just asked Twitter what it is, to the hilarity of gamers.

Got beer?
Soon you may start seeing ads for beer—not for any specific brand, just beer in general. The idea is to help beer compete better, given the growing popularity of wine and spirits (and White Claw). As Ad Age’s E.J. Schultz reports, the campaign, called “Beers to That,” is being tested in Austin, Texas. It casts beer as a celebratory beverage, and it's backed by three trade groups representing distributors, big brewers and craft brewers. (MillerCoors is sitting out the effort, given its ongoing spat with Anheuser-Busch InBev.) The goal is to widen beer’s fan base. “Maybe 20 or 15 years ago we were content to own the pro sports and the Nascar” but “that is not where all the consumers are today,” Craig Purser, president and CEO of the National Beer Wholesalers Association, tells Schultz in the latest edition of Ad Age’s Marketer’s Brief podcast. Listen to their conversation, then subscribe on iTunes or Spotify.

Bye
At the Association of National Advertisers conference in Orlando, Florida this month, Dunkin’ U.S. Chief Marketing Officer Tony Weisman wore Dunkin’-branded Saucony sneakers and a Dunkin’ lapel pin. As it turns out, though, the on-brand marketer is leaving Dunkin, Ad Age’s Jessica Wohl reports. Weisman, who spent two years in the role, oversaw Dunkin’s move to drop the “Donuts” from its name. He's leaving as of Dec. 1; it’s not clear what his next move is.

Just briefly:
Yikes: “Taco Bell removed and discarded 2.3 million pounds of seasoned beef from eateries in 21 states after a customer found a metal shaving in a menu item,” CBSNews.com reports.

Direct-to-fridge: “Walmart is launching a new service that will deliver groceries — and put them away in your fridge,” CNBC reports. It’s called InHome and it launched Tuesday in Kansas City, Pittsburgh and Vero Beach, Florida.

Don’t panic, though: S4 Capital Chairman Martin Sorrell “described the state of holding companies, which he said are too focused on the declining traditional media sector, as ‘catastrophic.’” Read more of Sorrell’s comments from his conversation with Ad Age Editor Brian Braiker at the DPAA Video Everywhere Summit in New York.

Deepfakes: Are deepfake videos too creepy to use for marketing? Not always. In Ad Age, Garett Sloane looks at what might work: “Company CEOs and celebrity endorsers could speak directly to individuals with customized messages, even referring to a consumer by name.”

Unboxing of the day: As Google’s Pixel 4 debuts, the company is delivering the phone to some VIPs by tucking it inside Domino’s pizza boxes. "To showcase the Pixel 4's hands-free functions, Google decided people should test out the new phones while their hands are occupied holding pizza,” Ad Age’s Jessica Wohl writes. The concept's a a little tricky to wrap your head around but … why not? Plus, free pizza.