Plus, the funniest brand name since ‘Tronc’ 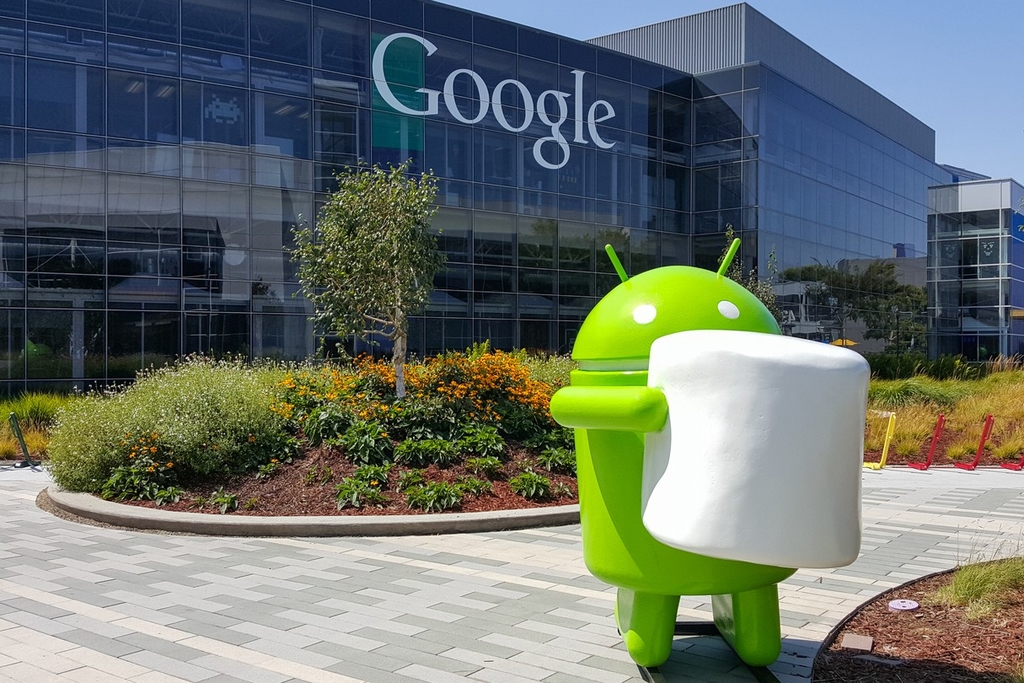 New branding for Google Android
Google is making changes to its Android brand; the mobile operating system’s logo is getting a refresh to make its cute robot mascot more visible. It’s also ending a zany tradition of naming each new version of the operating system after a different dessert, like  “Donut,” "Oreo" or "Marshmallow," Ad Age’s George P. Slefo reports. The next release will be named, simply, Android 10.

The dessert code names (though charmingly non-corporate) were always a bit odd from a branding perspective. Another strike against the tradition: People in far-flung markets weren’t always familiar with the desserts Google chose. Sameer Samat, VP of product management at Android, wrote in a blog post that “Marshmallows, while delicious, are not a popular treat in many parts of the world."

The silliest brand name since ‘Tronc’
News Corp. is at work on a news aggregation service, The Wall Street Journal writes. It hasn’t officially launched yet, but for now it’s being called … wait for it … Knewz.com. Snickers rippled across Twitter. “I want to thank @newscorp for seeing that, with the demise of the Tronc brand, there was an enormous void in the Hilarious News Branding Department,” tweeted Joshua Benton, director of the Nieman Journalism Lab at Harvard University. (Tronc, owner of the New York Daily News and Chicago Tribune, changed its name back to Tribune Publishing last year.) For added hilarity, anyone who googled the name Knewz could see that it’s already being used by a polka band based in Buffalo, New York.

12,000 bottles of beer on the wall
BBH New York just cut an unusual compensation deal with a client. Ad Age’s E.J. Schultz reports that "instead of being paid with dollars for a campaign for Pabst’s new Stronger Seltzer product, the shop agreed to be paid with beer—specifically, 12,000 cans of it.” Alex Monger, BBH New York’s business director, tells Schultz:

“We really wanted to work with them [and] wanted to prove ourselves and just thought it would be a fun perk for the agency, really. So we calculated how many beers could possibly be drunk in the office, over our happy hours and parties and whatever else, and suggested that number to them, and they were very happy to do that.”

BBH is getting the beer delivered in quarterly installments. Otherwise, all those brewskies would have taken over a conference room.

Scenes from the Taco Bell hotel
Only a lucky few got a chance to stay at Taco Bell’s pop-up hotel in Palm Springs, Ca., and Ad Age reporter Jessica Wohl was one of them. “Taco Bell worked with United Entertainment Group and PR powerhouse Edelman for 18 months to two years pull this off,” she writes. The brand apparently went crazy to get the details right: There were throw pillows, pool rafts and yoga mats resembling giant packets of hot sauce. The hotel salon gave Wohl a manicure design inspired by the Mtn Dew Baja Blast drink. Wohl also met a couple who canceled plans to spend their wedding anniversary in Prague to stay at The Bell: A Taco Bell Hotel & Resort, which was open for a few nights this month. Don’t miss Wohl’s story, her photos and a delightful behind-the-scenes video courtesy of Ad Age’s Max Sternlicht (there’s footage of the rooms and baths at around 1:55—the Taco Bell-branded toiletries are amusing.)

Just briefly:
Backstory: Stephanie Grisham, White House press secretary and communications director, was accused of plagiarism years ago when she worked in Arizona at an ad agency called Mindspace, and she lost her job, The New York Times reports.

More, more, more: Instagram is running more ads lately, as you probably noticed. Since Adam Mosseri took over as head of Facebook’s Instagram 11 months ago, “Facebook has ordered Instagram to roughly double the number of advertisements in the app,” The Information reports.

The cookie crumbles: Google says it’s launching “a collaboration with other industry players to find alternatives to cookies while limiting the fallout to publishers and the rest of the ecosystem,” Ad Age’s Garett Sloane reports.

Misinformation: “Google axed 210 YouTube channels after it found they had been tied to misinformation about Hong Kong protesters,” CNBC reports.

Crackdown: “All 50 U.S. states are teaming up with a dozen phone companies in a partnership to tackle the epidemic of illegal robocalls that can often lead to fraud,” Bloomberg News reports.

New campaign: Amid plenty of competition, ADT is highlighting its services beyond home alarms in a campaign from its new in-house team and agency-of-record McCann Worldgroup, Ilyse Liffreing writes in Ad Age.

Podcast of the day: Ryan Kutscher, co-founder of Circus Maximus, a New York agency, almost missed his calling as an adman (he originally envisioned himself as a chef). Listen to his conversation with Judy Pollack in this week’s edition of Ad Age's Ad Lib podcast. Subscribe on iTunes or Spotify.

Stunt of the day: “There are many ways to launch a new agency—send out a press release, leak the news to Ad Age, or just open quietly and steal your ex-clients—but here's one we haven't seen before: Portuguese agency Stream and Tough Guy hijacked a TV game show,” Ad Age’s Alexandra Jardine writes. Appearing as a contestant on Portugal’s version of “The Price Is Right,” agency managing partner Joao Ribeiro said his on-air hellos not to his family, but to marketers he hoped to work for, at companies like Coca-Cola and Airbnb. The showing got Ribeiro some new business (and he also won a TV and some linen sheets.)

Mark your calendars: Ad Age Next: D-to-C, focusing on the fast-growing category of direct-to-consumer brands, is happening in Midtown Manhattan on Sept. 9. Sign up to hear insights from brand leaders at Billie, ThirdLove, Allbirds and more.