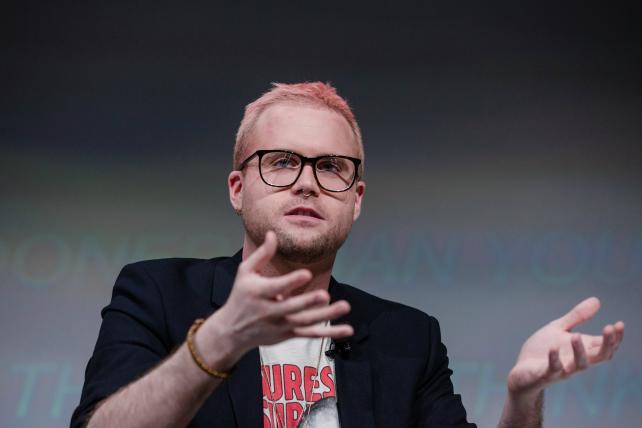 Fashion retailer Hennes & Mauritz AB wants to get a better sense of what makes its customers tick. To help it, the Swedish company just hired a man best known for revealing a data privacy scandal that rocked Facebook Inc. and raised serious questions around how some corners of technology are shaping human existence.

At H&M, 29-year-old Christopher Wylie will help the company use big data and artificial intelligence to make sure it actually designs things shoppers want. If successful, the Cambridge Analytica whistle-blower might be able to help fix some of H&M's most pressing issues, including getting its inventory under control and ultimately making the company more profitable.

"If you better understand what people like to wear, and how they like to wear it, and how they want to feel when they're wearing it, you'll naturally start to create insights as to modernizing and updating your collection," Wylie said in an interview at H&M's Stockholm headquarters on Thursday.

Wylie says Cambridge Analytica -- a political consulting firm used in Donald Trump's 2016 presidential campaign -- was "one of the worst examples of how data can be misused." The firm ceased its operations last year.

Compliance
But with H&M, "everything that it does when it comes to data goes through a compliance process and lawyers review everything," he said. "Beyond that, there is an ethos within the company that really does boil down to 'are we doing good and the right thing for our customers?'"

Before he was at Cambridge Analytica, Wylie worked as a fashion-trends forecaster. When H&M learned of his former life, it started talking to the Canadian about a potential collaboration.

Roasted cauliflower
The meetings between Wylie and H&M representatives went on for several months. He even sat down with H&M Chief Executive Karl-Johan Persson, who joined the devout vegan for a roasted cauliflower lunch to discuss hiring him. The self-proclaimed poster-boy of data protection agreed, and started working at H&M in December.

Wylie's job includes analyzing data from the 30 million members of H&M Club to get a better sense of how to cater to their demands. H&M hopes the process will help it avoid the kind of waste that builds when clothes don't get sold, and old stocks get unmanageable.
Wylie says it was H&M's focus on reducing waste and what he described as the company's aim "to do good" that finally convinced him to join.

The critics
Critics of artificial intelligence have questioned its effectiveness. Investments are usually high up front and benefits can take long to realize, eating into profit margins. But according to H&M's CEO, spending on AI is already paying off and the company is having to resort less often to discounts.

Last quarter, H&M managed to reduce its inventory. Its stock-in-trade fell to 17.9 percent from 18.9 percent in the third quarter, marking the first decline in inventory levels over a three-month period since the spring of 2017. H&M also said it expects markdowns in relation to sales to drop by about 1 percentage point in the first quarter from a year earlier.

"We've invested a lot in AI, and we're still in the beginning of the journey," Persson said. "Now we need to go from the test phase to scaling it out to different parts of our operation."