Colonel Sanders' Many Faces, From Harland to Reba McEntire 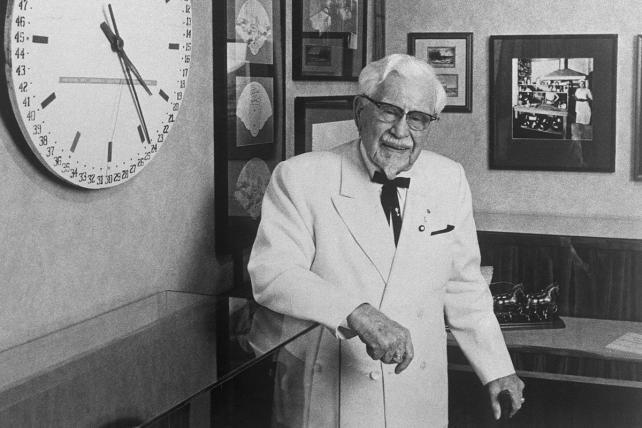 "I remember thinking, 'Are you guys absolutely crazy?'" Kevin Hochman, KFC's now-president and chief concept officer, said in 2015 of Wieden & Kennedy's suggestion to have a succession of actors portray KFC founder Colonel Harland Sanders. "They said that they thought they could evolve this thing to be almost like a James Bond [scenario], where you flow in different characters." To date, 11 celebrities have now portrayed Sanders in a campaign that's seen KFC's same-store sales increase in 13 consecutive quarters through the third quarter of 2017. The push has entered a new era with Reba McEntire as the first female Colonel. 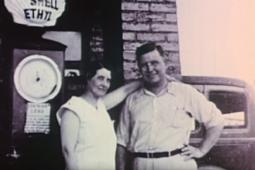 Service-station operator Harland Sanders cooks for drivers who stop at his Kentucky shop for gas. In 1935, then-governor Ruby Laffoon recognizes his contributions to Kentucky's dining scene by naming him an honorary Colonel. In the '50s he franchises his business and, in 1964, sells his stake in the company for $2 million. 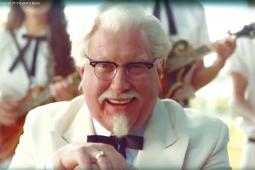 Darrell Hammond, who portrayed Bill Clinton, Donald Trump and others on "Saturday Night Live," becomes the first celebrity to play the Colonel for the W&K campaign (and the only to be backed by a mandolin band). One spot featured riffs on the real Colonel's life. 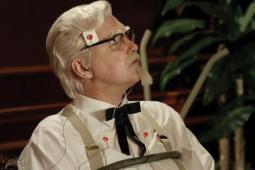 Norm Macdonald, another "SNL" alum, is up next. Macdonald's run included a Christmas-themed spot where his Colonel likeness was displayed in a painting over a mantle, and his voice seemingly echoed from the chimney. 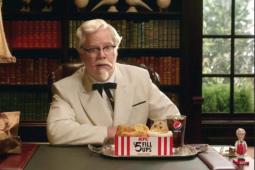 Jim Gaffigan put down his Hot Pockets to pick up the KFC bucket. (Trust us: If you don't know Gaffigan's Hot Pockets routine, stop reading, Google it and watch. You're welcome.) One of the ads, which debuted during the Super Bowl pregame show, featured a sequence in which Macdonald's Colonel is shown to be just a dream. 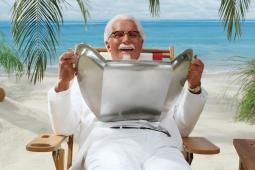 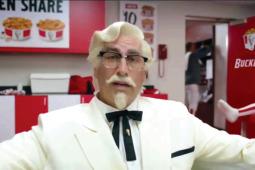 Rob Riggle's Colonel spends one spot repping a mock professional football team, known as the Kentucky Buckets, whose uniforms included KFC bucket-style helmets. Riggle is the only celebrity Colonel with the actual military cred to hold the title: He served as a United States Marine Corps Reserve Lieutenant Colonel. 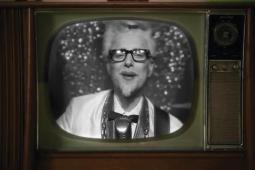 Vincent Kartheiser becomes the next product-specific Colonel, for Nashville Hot Chicken. In one spot he appears as a singer who is featured in decorations throughout the bedroom of a love-struck teenage girl. 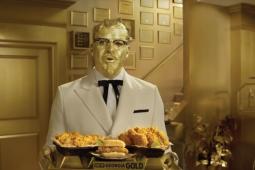 Billy Zane is covered in gold to promote Georgia Gold Chicken. His reign as the Colonel includes a Super Bowl spot that also features Riggle. 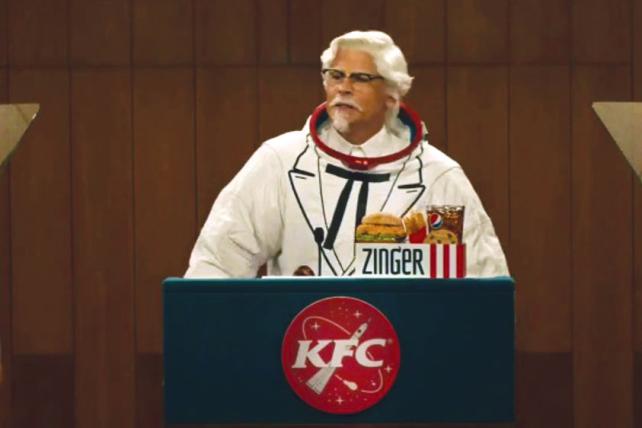 Credit:
KFC via You Tube

Rob Lowe comes aboard, and in one spot dons a space suit to promote the Zinger sandwich, which KFC sends into orbit. 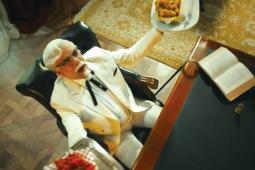 Ray Liotta stars in a dual role as the face of Georgia Gold and Nashville Hot chicken. "What have I become?" he bellows in one of the spots. 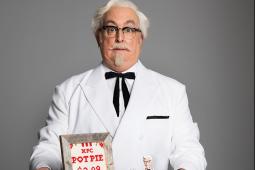 KFC purposely plucks an unknown, Christopher Boyer, to be the Value Colonel. He held a lot of forgettable roles before becoming the world's most famous chicken salesman, and although he had earlier auditioned for the part, KFC hadn't remembered him. 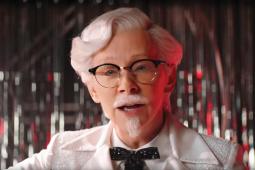 Reba McEntire gets the crowd going before they even see her face in a rousing and rollicking musical spot for Smoky Mountain BBQ Chicken that plays up the fact that she's the first woman to portray the Colonel.