Initiative launched by employee group includes out-of-home, radio, social and digital elements to remind the public that Asian communities are not invisible
READ THIS NEXT
What Fernando Machado’s Activision move might mean for gaming, and KFC U.S. CMO exits: Friday Wake-Up Call 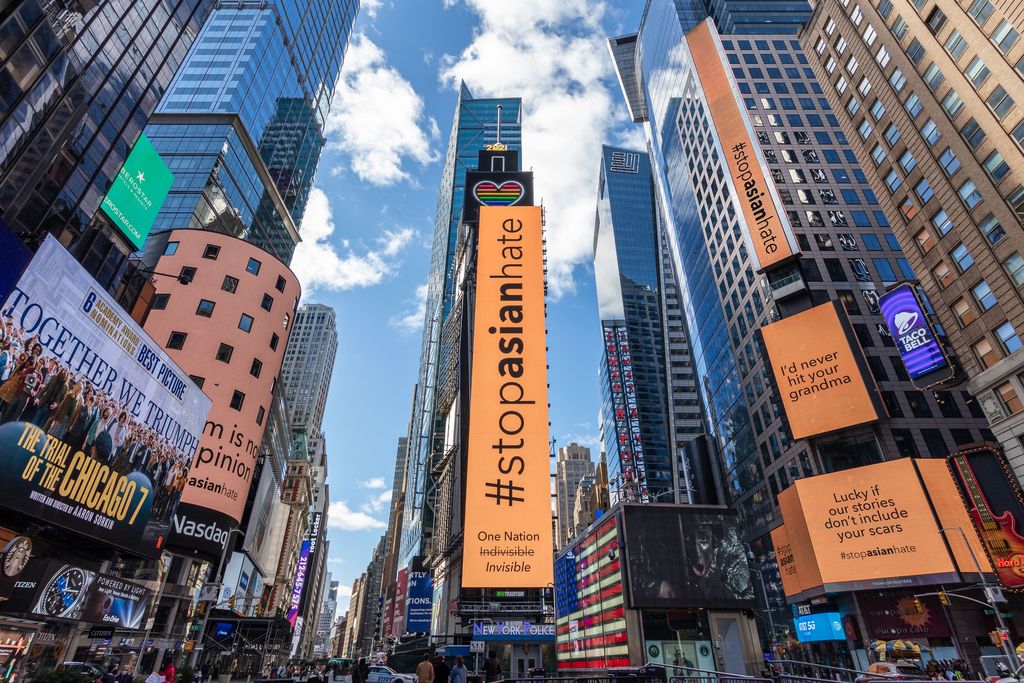 A diversity-focused business resource group within Horizon Media representing employees with Asian heritage is launching a sweeping new public service campaign in support of Asian American communities that have long had to deal with discrimination in silence.

Dubbed “We Are,” the initiative from the group, called Horizon East, spans out-of-home, radio, social and digital, and taps a wide range of high-profile ad partners to unveil the campaign across donated media in the U.S. and Canada. The open-ended title lends itself to various strains of the campaign, which all begin with the phrase, and exemplifies the feeling in many Asian communities, such as “We are not invisible” and “We are hurting.”

“As we all know, there’s way too much hate out there against many communities,” Bill Koenigsberg, Horizon Media’s president, CEO and founder, said during a virtual presentation to prospective media partners yesterday. The idea to create the “We Are” campaign arose following a request last month to send a memo acknowledging the recent spike in anti-Asian violence, he added.

There have been nearly 3,800 “hate incidents,” including verbal harassment and physical assault, reported against Asian people in the U.S. since the onset of the COVID-19 pandemic, according to Stop AAPI Hate.

The campaign’s out-of-home component—“We Are Not Invisible”—has drawn more than a dozen media partners including Outfront, Clear Channel and Big Outdoor with digital and static billboards first rolling out in Atlanta and Boston last week, followed by other major U.S. markets including New York City, Los Angeles and San Francisco this week.

Toronto, Vancouver, Calgary and Edmonton are slated to host the bulk of the campaign’s Canadian OOH presence.

Out-of-home elements will display slogans like “Racism is not an opinion” and “I’d never hit your grandma” alongside the growing hashtag #StopAsianHate, and will be based on plain-color backgrounds that reflect the diversity of Asian skin tones.

“We Are Hurting” will underpin the campaign’s radio PSAs, which are being launched via iHeartRadio and Westwood One. The audio media for “We Are” is based on series of 30- and 60-second scripts read by compounding voices, starting with the campaign’s titular opener spoken in unison followed by individual quantifiers: “We are your neighbors”; “We are your Girl Scouts and Little Leaguers”; “We are targeted. Mocked. Attacked. Killed.”

The voice actors selected for the campaign’s radio PSAs include men and women, ranging from young children to the elderly—none of whom have been exempted from harassment as a result of their racial heritage. 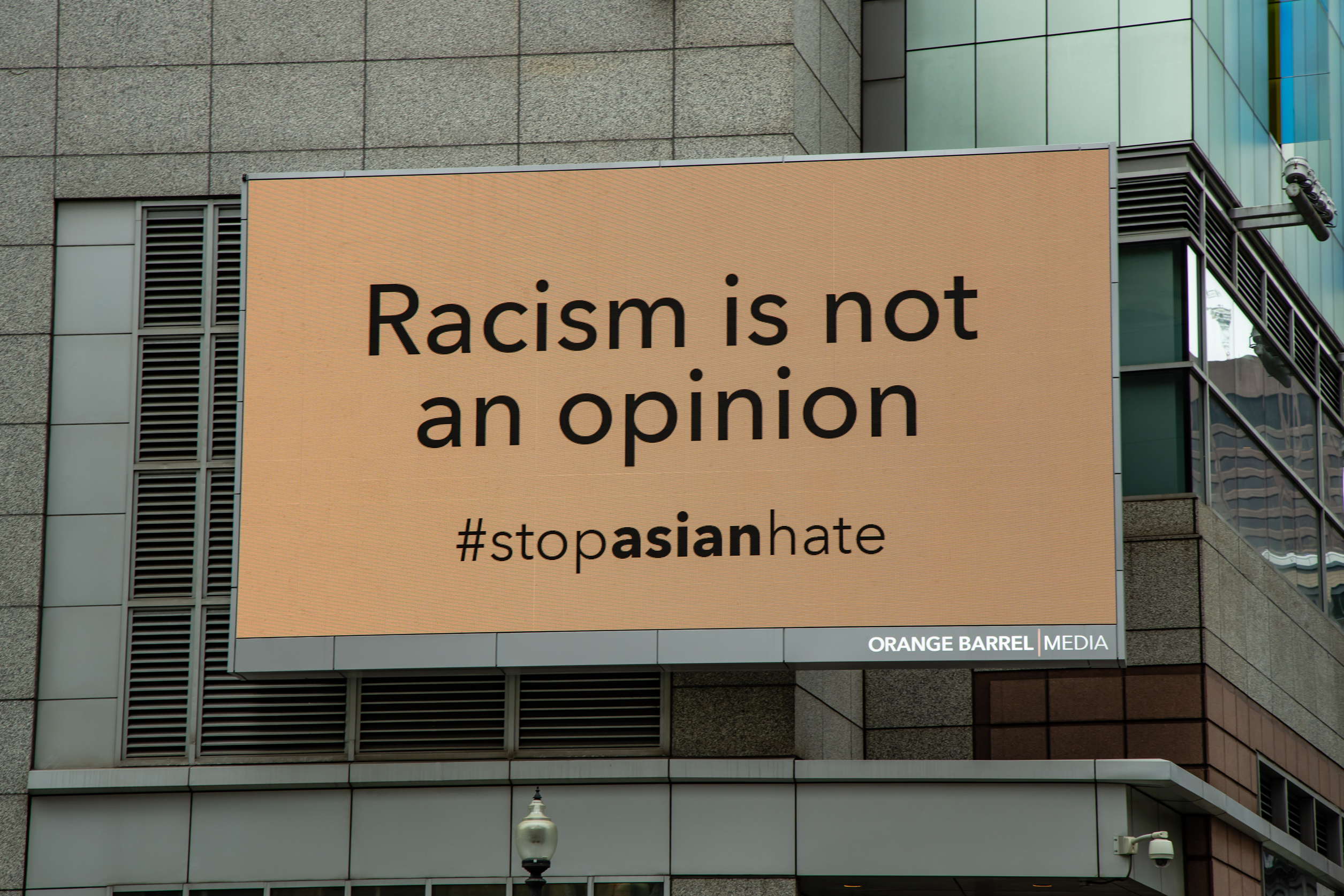 A "We Are" out-of-home display in Boston.

“We Are People, Too” is the theme for the campaign’s social and digital media, humanizing Asian culture via texts that reveal double standards AAPI communities in the U.S. have dealt with. “You mocked my mother’s cooking. But didn’t think twice ordering Chinese takeout. We Are People, Too,” one example reads.

There’s also a work-in-progress TV campaign under the banner “We Are the Asian Community,” currently planned for a May launch that’s timed with Asian Heritage Month. That creative, produced by Vice, will be a new take on the radio script and will likely be cut into 15- and 30-second spots.

The TV campaign will anchor a second round of social and digital creative in the coming months planned to complement the current campaign elements, which were produced on a shorter time scale in order to participate in the ongoing social conversation.