The shortages coincide with the arrival of the Impossible Whopper at Burger King
READ THIS NEXT
Quibi calls it quits, and a final presidential debate looms: Thursday Wake-Up Call 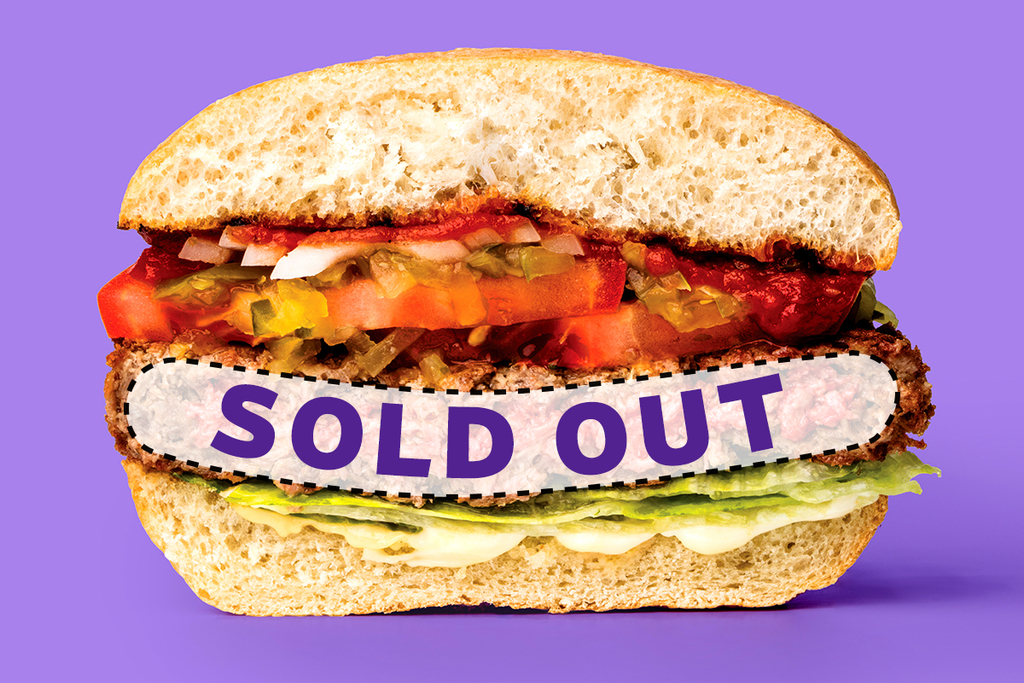 Calls to a dozen Red Robins and the same number of White Castles on Thursday found that only two locations of each chain had Impossible Foods Inc.’s patties available, with no consensus from the others on when they’d get them back. Individual locations from New York to Hillsboro, Oregon, with the burger on their menu told customers this week that they’re fresh out.

The hit-or-miss availability of Impossible Foods items at the chains, which each have hundreds of restaurants, adds to shortages of the popular meat-free patties that mom-and-pop restaurants have been reporting for weeks. They underscore the pressure Impossible Foods is facing to show it can manufacture for the mass market and get a head start on wide distribution before a growing crop of rivals can catch up.

“We’re waiting for it to come in,” said Rebecca Sparks, 34, supervisor at Left Coast Food + Juice in Chicago’s Lincoln Park neighborhood. She said there is no word on when it will be available again.

Rachel Konrad, spokeswoman for closely held Impossible Foods, told Bloomberg that the gap between supply and demand “has nothing to do with Burger King,” without commenting on the reported shortages. The corporate offices of Red Robin Gourmet Burgers Inc. and White Castle also didn’t respond to requests for comment.

Expanding presence
The shortages coincide with the arrival of the Impossible Whopper at Burger King, which was tested in St. Louis in April before expanding to cities such as Miami and Columbus, Georgia. Under terms of a deal inked earlier this year, Impossible Foods patties will be inside Burger Kings nationwide by the end of this year. The chain operates more than 7,300 U.S. restaurants in the U.S.

The burger chain, owned by Restaurant Brands International Inc., doesn’t seem to be affected by the shortage. Every Burger King location contacted by Bloomberg, including those in St. Louis, Miami; Montgomery, Alabama; and Columbus, Georgia, said the patties were in stock. Burger King did not immediately respond to requests for comment.

The supply hiccups may be a sign of how eager companies are to expand market share as demand soars for meat alternatives and startups making meat alternatives increasingly go national. While overall meat consumption is increasing globally, including in the U.S., there’s also been a rise in plant-based diets in wealthy nations. This has spawned an expanding array of meat substitutes, ranging from products that are meat-like but made from plant matter, to meat that’s grown in a lab instead of taken from slaughtered livestock. Lab-grown meat isn’t yet available to the public.

Impossible Foods told Bloomberg earlier this week that its products are now on the menu at about 9,000 restaurants, but couldn’t say how many currently had access to stock.

“I’m not going to estimate the number of restaurants that currently have the product or are sold out,” Konrad said at the time.

The company has said that it would sell its products in retail outlets this year, too. It’s currently awaiting Food and Drug Administration approval for its “magic” ingredient known as heme, which is made with genetically modified yeast. That ingredient gives the company’s soy-based burgers their meaty taste, and because it imparts a red color to the raw product, it requires extra approval for grocery sales.

Rival Beyond Meat Inc., which has seen its stock almost 500 percent since its recent public offering, said this week that its plant-based sausage breakfast sandwiches are available at almost 4,000 Tim Hortons locations across Canada. Tim Hortons is also owned by Restaurant Brands International.

In a recent earnings call, Beyond Meat executives said they’d learned from past supply problems, but the company may not be out of the woods yet. Burrito chain Freebirds, which has more than 70 locations in the U.S., announced on its website that it has temporarily halted sales of its Beyond Meat-based Mexican fare “due to a supply shortage.” Beyond Meat didn’t respond to multiple requests for comment.